InterWorks
×
Contact Us
BACK TO TEAM
Sergej Barkar
Regional Lead, CH
LinkedIn
Email
Sergej has had quite the life journey. When the Soviet Union fell, his family emigrated to Slovakia in search of a better life. Sure enough, a job opportunity soon brought his parents to Moscow, and he later on enrolled in a British school. As Sergej learned more and more, he finally made the move to London to study computer science and artificial intelligence at City University.

Sergej is simply fascinated with what makes things tick. In his studies, he discovered that the “what” in most cases is data. This made his transition to the world of business intelligence an easy one. He soon accepted a position at InterWorks Europe as an Analytics Consultant but now finds himself Down Under to help grow InterWorks Australia.

As you might imagine, Sergej’s travels have instilled in him a love for global economics and politics. He loves current events and ingests copious amounts of information each day. Like any savvy entrepreneur, he then uses this information build trading algorithms that will hopefully reap benefits. This hobby helps him keep his data game strong.

But Sergej isn’t one to sit still for long. As a keen sportsman, he enjoys everything from tennis, squash and snowboarding to kickboxing and karate. He’s also a big fan of anything with an engine, be it planes, boats or cars. Whatever the mode of transportation or destination, his passion is the journey. 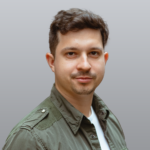