InterWorks
×
Contact Us
BACK TO TEAM
Bill Clarke
Regional Lead, AUS West
Email
Bill works out of our Perth, Australia practice but doesn’t sound like your typical Aussie. He came to Australia in 2008 from Northern Ireland to live the life portrayed in the Aussie soap "Home and Away": one filled with lots of coffee and time at the beach!

His introduction to InterWorks came by way of Tableau after working with Tableau Server and Desktop and actively participating in the Perth TUG for years. Eventually, his passion for helping people see and understand data led him to seek a role within InterWorks.

When he’s out of the office, Bill is a drone enthusiast and loves to look at the world from a different angle. He’s also passionate about sports, though there’s a special place in his heart for soccer and golf. Splitting his time between his wife and three kids and the activities that they enjoy, Bill is looking forward to the time when his kids can share his interest in golf, and they can bond together in the Perth sunshine scoring some birdies. 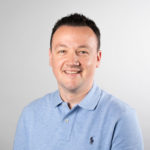