InterWorks
×
Contact Us
BACK TO TEAM
Tim Rhymer
Systems Engineer
Twitter
LinkedIn
Email
"Do you not know that those who run in a race all run, but one receives the prize? Run in such a way that you may obtain it". In Tim’s mind, it's simple; live by these words and all else will fall into place. Tim's wife introduced him to running in college with the ulterior motive of getting him away from the unfinished games in his Steam library. Turns out running isn't so bad, as long as it isn't a 6 and half hour marathon running neck and neck with a pregnant woman: http://espn.go.com/chicago/story/_/id/7084374/oh-baby-woman-runs-chicago-marathon-gives-birth. Tim swears he was holding back to make sure she made it to the end OK.

When Tim isn't training for the next zombie/mud run or god forbid marathon, he can be found figuring out how to root and flash the latest hotness to his Android phone or adding another Lego pirate ship to his collection. Remember, it's OK to play with toys again once you have kids. Tim hasn't always been a geek, no wait, yes he has. But during college, he thought he might try his hand as a radio personality. He studied mass communications and DJ’d for the college radio station where 11 listeners enjoyed a power hour of metal every Wednesday. After a year of trying to force Oklahoman's to relax to the melodies of In Flames and Killswitch Engage, he found his real passion through his cousin and roommate that would ultimately lead to a job he loves.

IT
To Infinity and Beyond: The Power of the Cloud in IT 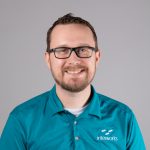 Andrea Avey, Scott Matlock and Tim Rhymer
January 20, 2020
News
How to Use Kaseya to Detect Meltdown and Spectre Vulnerable Machines

Tim Rhymer
September 25, 2014
IT
Dell Drivers and Firmware: PowerEdge, PowerVault, C-Series – All in One Place!