Do you remember how you used to sign your friend’s yearbooks at the end of each school year? You would write “HAGS!” (Have a great summer!) and they would put “LYLAS!” (Love you like a sister!) in yours. Well, while growing up in Mustang, Oklahoma, I remember my fellow classmates would write in my yearbook, “Remember me when you’re a star!” with a star symbol around my face. It may go without saying, I was a performer since I was little.

I Want to Be a Part of it, New York, New York

I grew up pretending the fireplace was my stage and competing in baton twirling competitions on weekends across the mid-west. I tried out for every play, choir, musical, cheerleading squad, dance team and any performance I could. My dream was to move to NYC immediately after high school so I could begin my career as a Broadway star.

But when I wasn’t accepted into the college musical theatre program I had worked so hard for, my life goals started to change for the first time. I bounced from a few different Oklahoma universities trying out various musical theatre and vocal performance (opera) programs before I realized, auditioning for the rest of my life did not sound fun. I had started to become introverted as I grew up and allowing other people to judge my skills as a career sounded like unmitigated torture.

I specifically remember re-reading “Pride and Prejudice” for what was probably the twentieth time when I asked myself, why wasn’t I an English major? I loved writing research essays and debating literature and a liberal arts degree didn’t mean I’d have to audition anymore, just do a lot of writing. I enrolled in a British medieval literature course and literally ten minutes into the class I knew this is what I wanted to do for the rest of my life. I immediately switched my major, for probably the fourth time, to English. 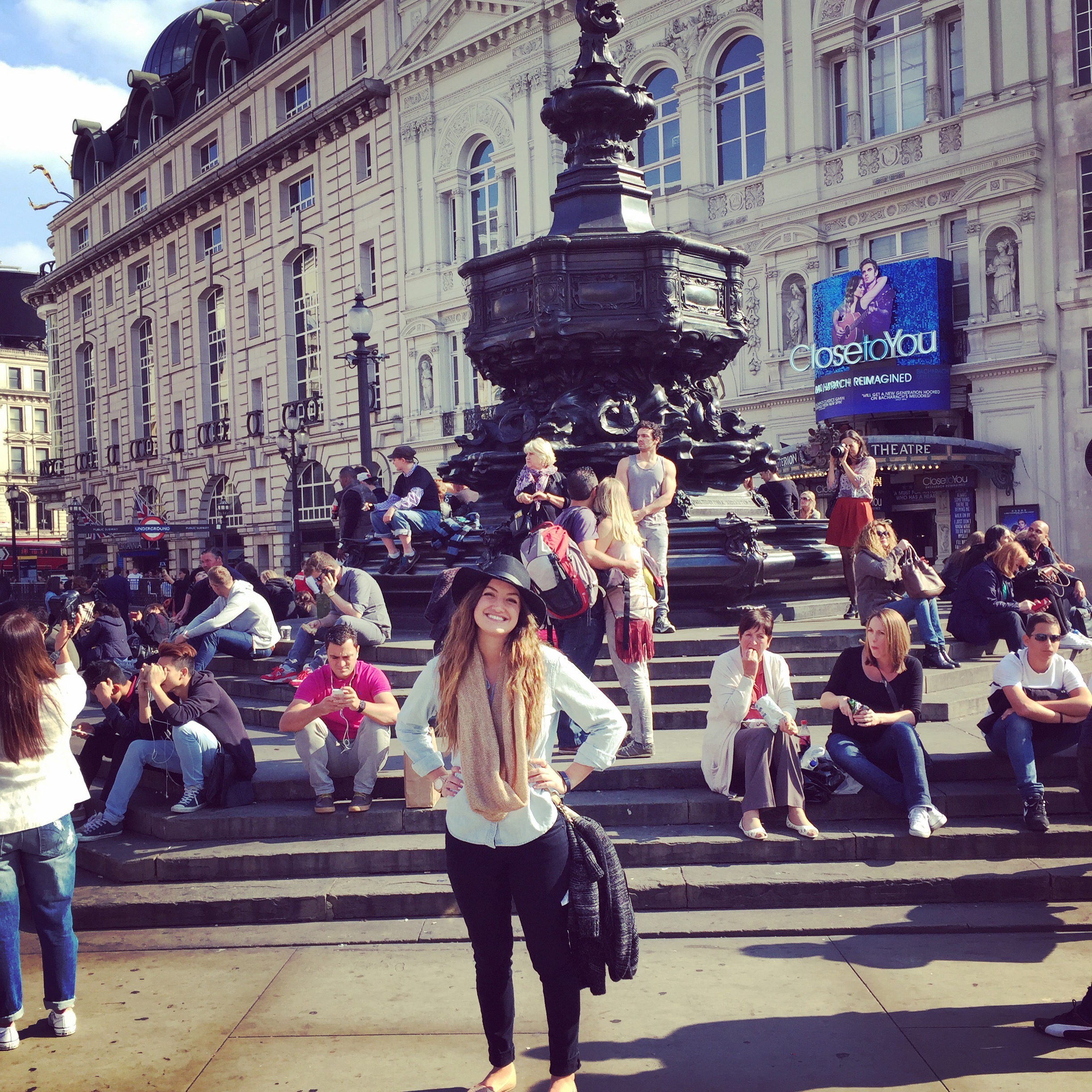 When I would tell people I had changed to an English major, people would often ask me this question:

I’d grin and say, “No, uhh..” and trail off, because I couldn’t quite put into words that all I wanted to do was move to London and stalk Benedict Cumberbatch (the title character in BBC’s “Sherlock” if you didn’t know) and speak in Middle English. Distant relatives and perfect strangers often led me to believe teaching was my only option after I received my diploma at the University of Central Oklahoma. After all, most graduates of the liberal arts often went on to do two things: teach or post-graduate school.

True to my inquisitive nature, I tried my hand at both. I taught as an adjunct professor with the Redlands Community College for exactly one semester before giving up on that career route. I taught Composition II to high school seniors at an OKC metro high school. I loved all my professors and writing courses in college. How hard could it be to teach one? As it turns out, very.

Despite my background in musical theatre, I was much too young and introverted to stand in front of high school students and attempt to teach them the meaning behind Thoreau’s “Walden”, an irony in itself. What else could I possibly do with an English degree? There have been so many jokes about a liberal arts degree being essentially useless, but I was determined to put my student loans to good use. So, I searched for the best Master’s in Publishing course in the world, which led me to Oxford, England. If I was going to do anything for the rest of my life, I wanted it to include books. To my shock and excitement, I was accepted and this small-town Oklahoma girl moved abroad.

If I was going to do anything for the rest of my life, I wanted it to include books. 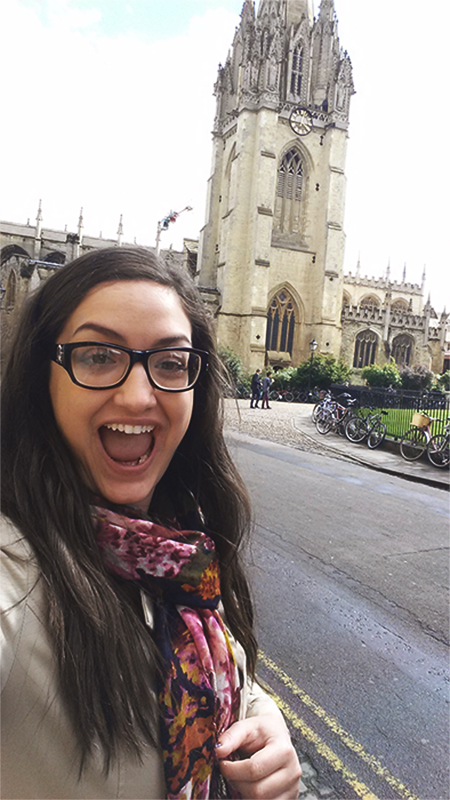 Fast forward to the fall of 2015 and zoom in on a very homesick Kaylee standing in her tiny flat in the city of Oxford with four suitcases. I wanted to travel my entire life and the moment had finally come, but all I wanted to do was go home. I tell everyone who asks me about my year abroad how difficult those first three months were. But the point of my story is that I kept getting up everyday to work even if my goals or motives had changed, and eventually I didn’t want to go home to Mustang, Oklahoma ever again.

Living in Oxford was easily the greatest year of my life and one of the most transformative experiences for myself personally. You learn so much about yourself when you are constantly forced out of your comfort zone. I made lifelong friends from around the world and had chances to visit some of the most beautiful cities across Europe. Most importantly though, living abroad essentially ended my fear of the world. I was continuously astonished that anyone I met in the UK, Germany, or wherever wasn’t all that different from people in America. Too often we are afraid of what we don’t know and traveling to places unknown is no longer scary for me, but thrilling. That’s not to say it was all smooth sailing, in fact, quite the opposite! I could tell you plenty of stories where I messed up or embarrassed myself impersonating the local’s accents, much to their chagrin. Despite my mistakes, Oxford, and the UK in general, is home to me.

Too often we are afraid of what we don’t know and traveling to places unknown is no longer scary for me, but thrilling.

But Brexit (Britain + Exit) had other plans. The British government voted in June 2016 to leave the European Union, effectively severing the ties between foreigners seeking work in the UK. London based publishers and employers were simply unwilling to take a chance on a young American girl starting her career. After countless interviews and hours upon hours of dissertation work, I boarded a plane bound for the States, unsure if I would ever return to my beloved Britain.

After submitting my dissertation at the end of September 2016, I finally looked up from my computer after five long months of technical writing and realized my master’s degree in publishing was figuratively useless in the state of Oklahoma. What followed was months and months of relentless job searching and pining for the rainy British weather. 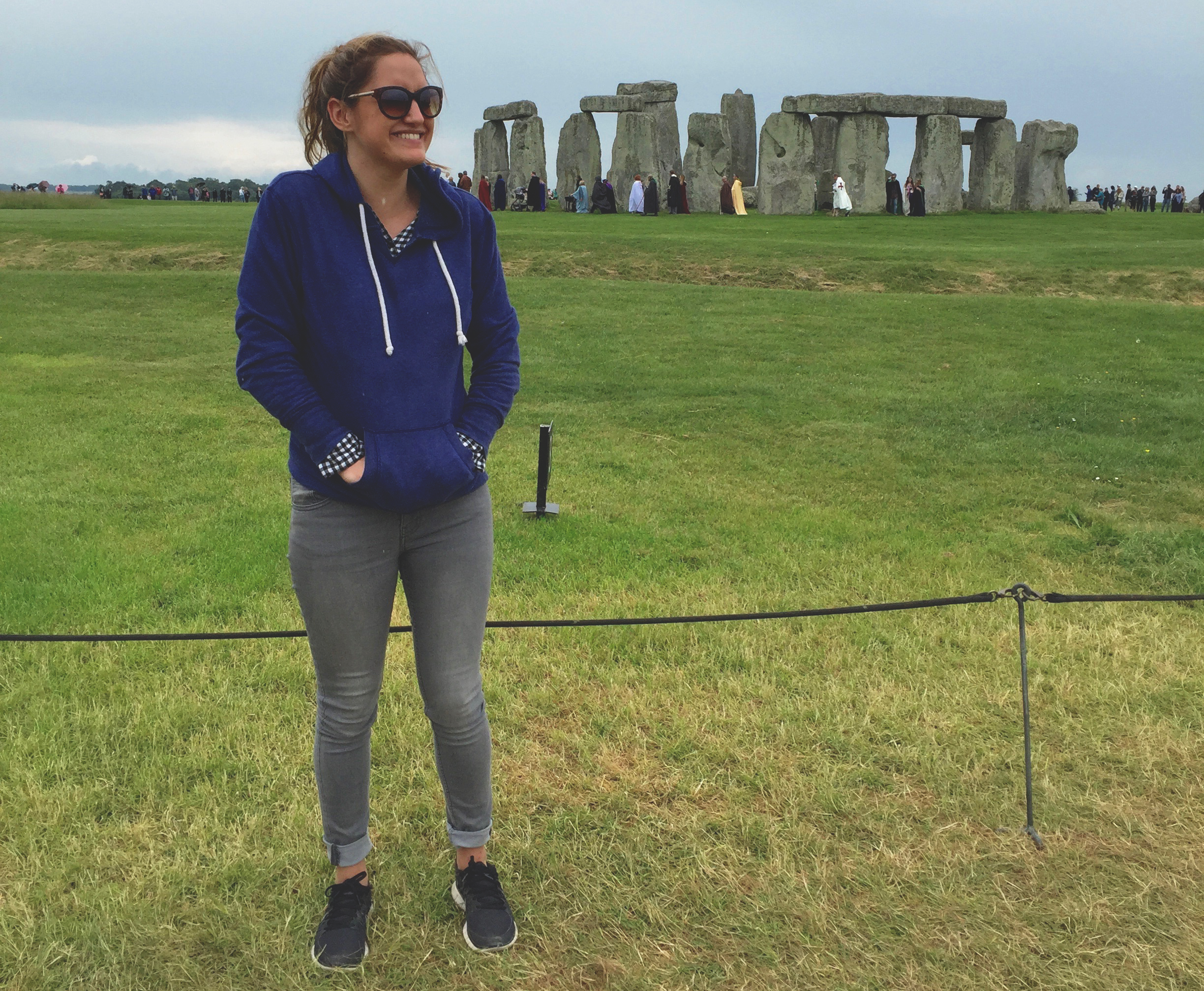 Those months of soul-crushing rejection emails from all over the US taught me a lesson in humility. I had been so focused on leaving Oklahoma and traveling that I had forgotten to look for opportunities in my home state. That realization led me to a fateful LinkedIn post for a Content Strategist at InterWorks in their Tulsa office. My first and only job application to an Oklahoma based company led me to a three month long interview process at InterWorks. Finally, this past March I was essentially offered my dream position.

I don’t necessarily consider it a coincidence that my first application in Oklahoma turned into a job offer. Moving from the OKC area to Tulsa is still an adventure, it’s just an adventure that doesn’t require a nine hour flight to get home. No, my dreams were no longer of the spires of Oxford’s famous Bodleian Library (my favorite place on earth), but of breaking out on my own once again. I think that may be the main point of my story: my goals have changed frequently throughout my life, but I kept trying and chasing after new ones.

Upon moving to Tulsa and starting at the InterWorks office, I was confronted with plenty of new personalities and inside jokes when I met the Marketing team. I didn’t see how I’d ever catch up to all their worldly knowledge and insight into the data-verse. Even though I have just finished grad school, I’m only 24 with plenty still to learn from my coworkers.

As a Content Strategist, it is my job to communicate to the outside world in a clear and concise manner what we, InterWorks and our consultants, do in the data and technology community. This is not always an easy task. I mean, my dissertation topic is on Victorian women’s literature. The Victorians weren’t exactly known for their concise words, nor was my dissertation. Furthermore, I’m an English major, a far cry from the data world I currently work in. I have to work doubly hard to learn and help the outside world understand our work. It’s an amazing challenge to wake up to every day. And that’s exactly what I have been looking for all the way back when I used to perform for people. I’m still an entertainer at heart, just an entertainer with words as my tool.

I think that may be the main point of my story: my goals have changed frequently throughout my life, but I kept trying and chasing after new ones.

Not for an instant did I think I’d ever be working for an IT and data company. As a lifelong worshiper of computers and the people who worked with them, I’m in an ideal position to observe our consultants and learn from them, while helping them with their writing. When a post is ready for publication on our website, my favorite part is getting the word out on social media, because everyone needs to know how smart and talented our consultants are.

InterWorks is unique in so many ways, the most notable, to me at least, is the culture. Everyone works and believes in the overall mission of InterWorks: doing the best work, with the best people for the best clients. This isn’t just a phony mission statement companies promote on their social media, it’s the truth. Each person is qualified with a multitude of talents that enable them to do the best work possible for their clients.

Who’s my client? InterWorks. Whether I have to sing or write, I’m here to get the word out. 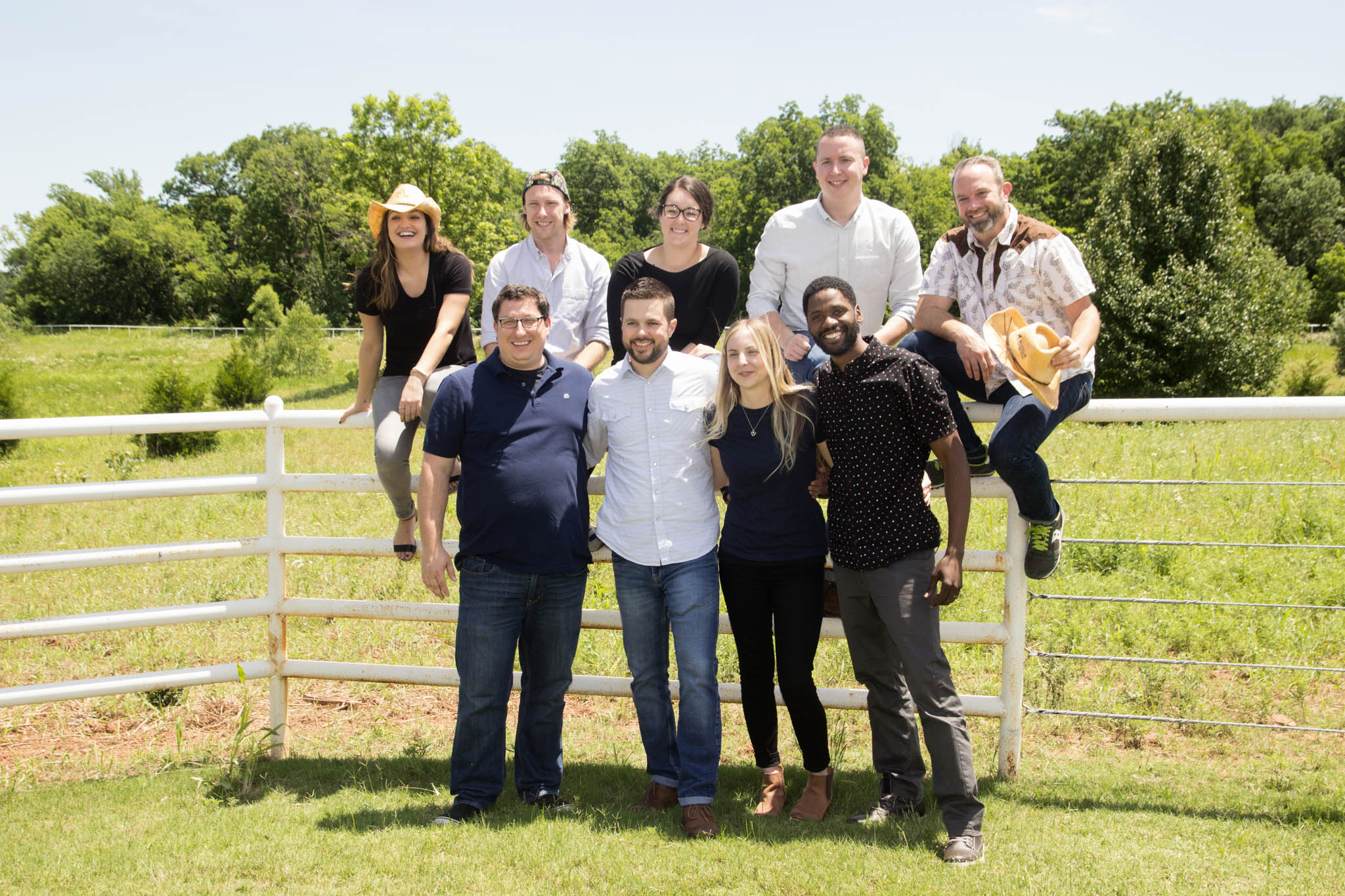 Content Strategist
Twitter
LinkedIn
Event Debrief – December 2017 Whether you’re a Buddy-the-Elf type or a Scrooge, we could possibly all agree on one thing: December may be the most wonderful time of ...
InterWorks Blog Roundup – December 2017 2018 is finally here and we’ve got a lot queued up for the blog this year! One aspect we’re currently focused on is how we can “out do” ...