How I Went from High School English Teacher to Content Coordinator

How I Went from High School English Teacher to Content Coordinator 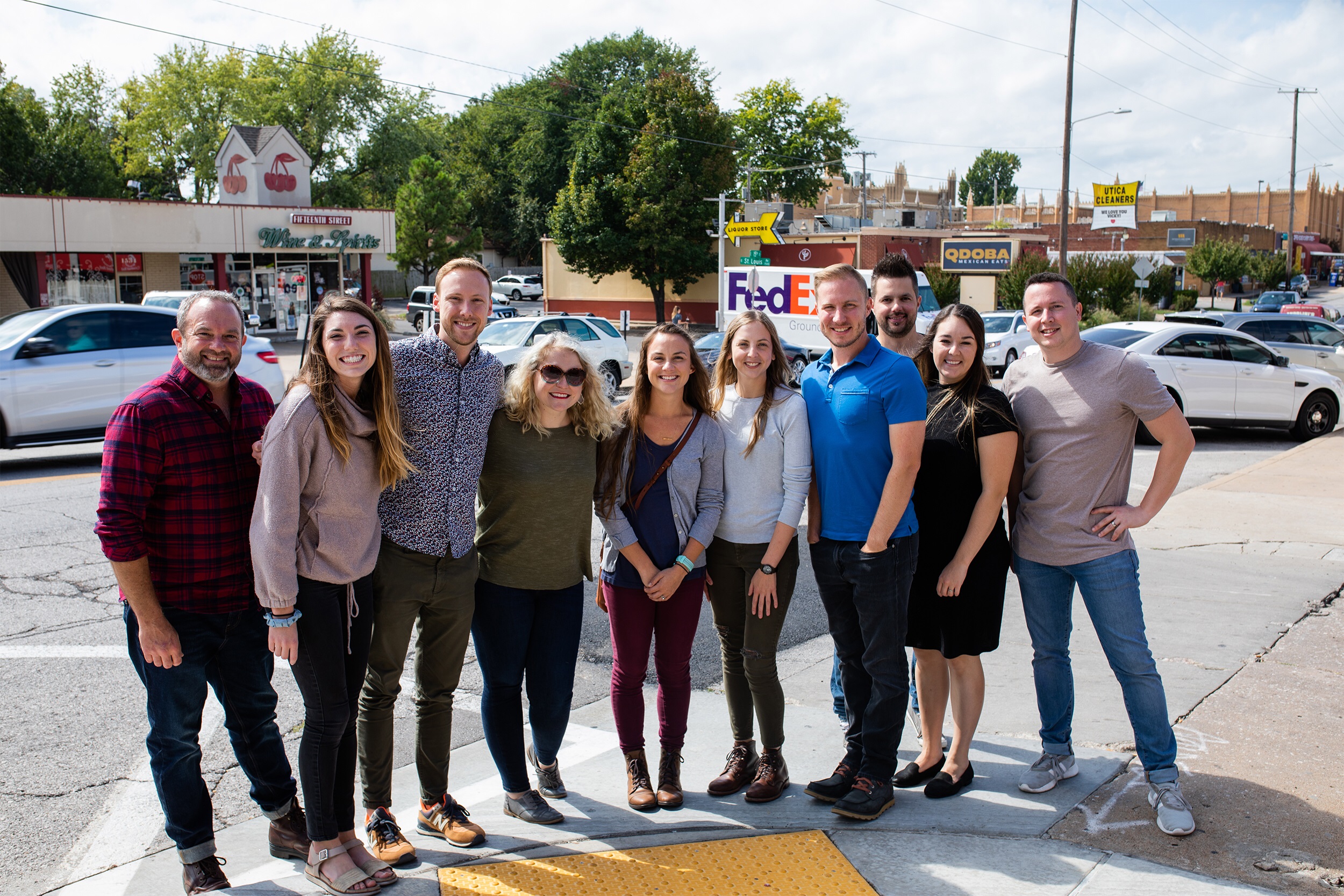 “Words are, in my not-so-humble opinion, our most inexhaustible source of magic, capable of both inflicting injury and remedying it.” Albus Dumbledore via J.K. Rowling

I have been a lover of language and wielder of words (and advocate of alliteration … oof) my entire life. When I went to college, I decided to double major in two different languages—English and Spanish—because my passion for reading and writing was so intense. I’ve kept a journal since I was ten years old, I prefer to handwrite things instead of type them, and I have sworn to never purchase an e-reader, no matter how much room and trouble it may save me when traveling. And yet … I work for a tech company. Record scratch.

How did I get here?

[What] to Be or [What] Not to Be, That Is the Question

Hamlet by William Shakespeare
In elementary school, I wanted to grow up to be an actress or a singer. I pursued this path with diligence until I—a fifth grader—was snubbed for the lead in the elementary musical, it being given to a fourth grader instead. After suffering this indignity, I changed course and became an athlete. One only has so much time in a day, and from that point forward, most of my hours were dedicated to practices, scrimmages, games and tournaments. My involvement in softball rerouted my adolescence, and it was poised to determine my college destination as well. 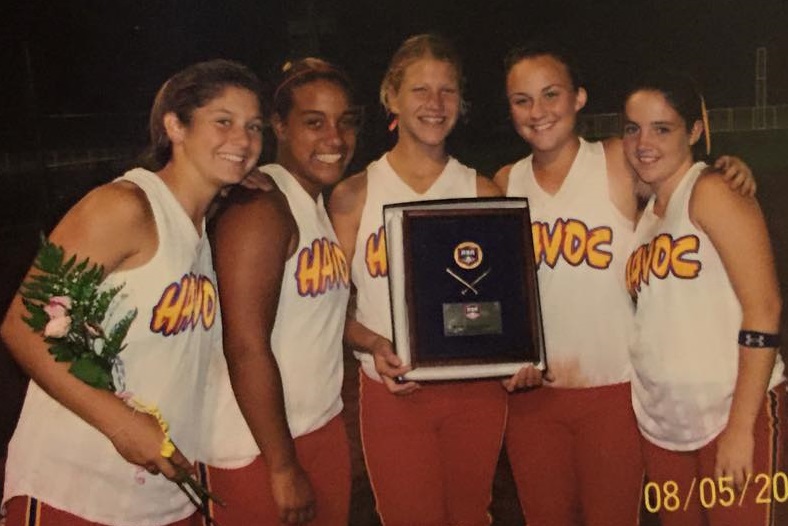 Above: Some of my best friends and I after winning softball nationals

“The Road Not Taken” by Robert Frost
Nothing in my life has ever really gone exactly how I planned it. Up until the spring of my senior year in high school, I was intending to go to a university in Illinois to play softball and pursue medicine; I had gone on an official visit and had been volunteering at the hospital in preparation. Instead, I ended up at Oklahoma State University, studying two languages and not playing any D1 sport. I wasn’t disappointed with this turn of events, but I was certainly surprised.

As I looked beyond college graduation, I started seeking a job in publishing in the hopes of becoming an editor or a writer one day. However, my job prospects were bleak. At a career fair in the spring of my senior year at OSU (the most crucial juncture of time for me, evidently), I was recruited by Teach for America to join the fight against the social injustices perpetrated against America’s youth in the form of educational inequity. Needing a job and yearning for a noble purpose, I accepted the offer and once again found myself where I least expected: in the classroom as a teacher. 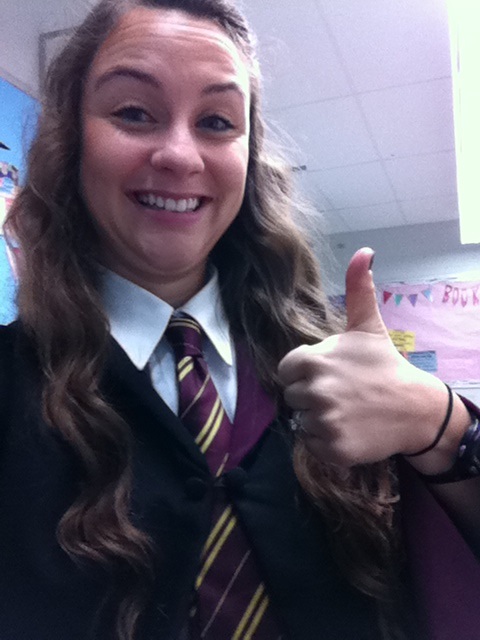 Above: The Gryffindor costume I wore to school on my first Halloween as a teacher

The Belly of the Beast

The last part of the Departure stage in the Hero’s Journey
My first stint in the classroom was tough. I was engaged and planning a wedding, plus trying to learn how to be a teacher (not to mention an adult) for the very first time. I was working in education—an industry I had never studied or anticipated entering—and the only classroom experience I had was a month-long summer school program where I taught in the mornings and sat in on curriculum sessions in the afternoons. Plus, I was confronted daily with that most fearsome of creatures: the teenager.

“O brave new world, / That has such people in’t!” – William Shakespeare, The Tempest

Fortunately, I was teaching the subject I majored in during college, so that was a comfort. An added bonus was that my student population was predominantly Hispanic, so I got to utilize my Spanish degree as well. I was able to use those language skills with my students, some of whom had just moved to the US, and conduct parent-teacher conferences in Spanish to help facilitate understanding for my students’ families.

Above: A group photo at Machu Picchu during the summer I lived in Peru

After my time with TFA, I was more confident and comfortable as a teacher, so I relocated to my alma mater and began teaching English to high school freshmen. We waded together into the mysterious realm of adolescence and endeavored to improve our skills of expression and analysis. Some of our most significant guides were Atticus Finch and Bill Shakespeare. From Boo Radley and Tom Robinson, we learned not to judge others simply because they’re different from you. Fear and ignorance do not justify cruelty. From the ancient grudge in fair Verona, we learned the importance of not following impulse and always weighing the counsel of others. From a group of schoolboys stranded on an island, we learned that rules can be necessary, and selflessness is sacrificial. One of the most important things we’d studied together was a lesson I was about to learn firsthand: courage.

After five years in the classroom, I felt it was finally time for me to move on. I loved my students, I loved my subject and I loved fully immersing myself in literature every day. However, I just could not see myself staying in education forever. I wanted more, but I wasn’t sure what I was qualified for, or capable of, so I made the decision to leave my teaching job and find out.

Hope Is the Thing with Feathers

“Hope is the thing with feathers” by Emily Dickinson
While I felt certain leaving my teaching job was the right decision, there was still some doubt and fear hanging over me as I began my job search. What field but education would want to take on a seasoned teacher with no other experience? Furthermore, for someone who spent her days instructing others to identify what they want to say and then articulately express it, I could not for the life of me figure out what I really wanted. Having only ever worked in education, I couldn’t broaden my mind to consider what else was out there. My husband’s job had us firmly planted in Tulsa, so with that in mind, I began to comb through local job openings. I thought I could do well in an interview, but my resume wasn’t compelling enough to get me to that point with most companies.

Here was a place that looked at a person’s character and focused on whether they’d be a good cultural fit, rather than just strictly considered their qualifications. This was great for me, but it’s also part of the unique essence of InterWorks. People want to work here because it’s fun, and we do high-quality work that we’re proud of. The culture is special, which explains the thorough interview process. It’s very intentional and reflects the careful consideration of an applicant as a whole person, not just who they appear to be in one half-hour interview.

After my third round of interviews, it became clear to me that I really wanted this job. I thought I would be the right match for the responsibilities of the position but also for the people. This was a company I wanted to be a part of, and more than that, these were people I wanted to befriend. 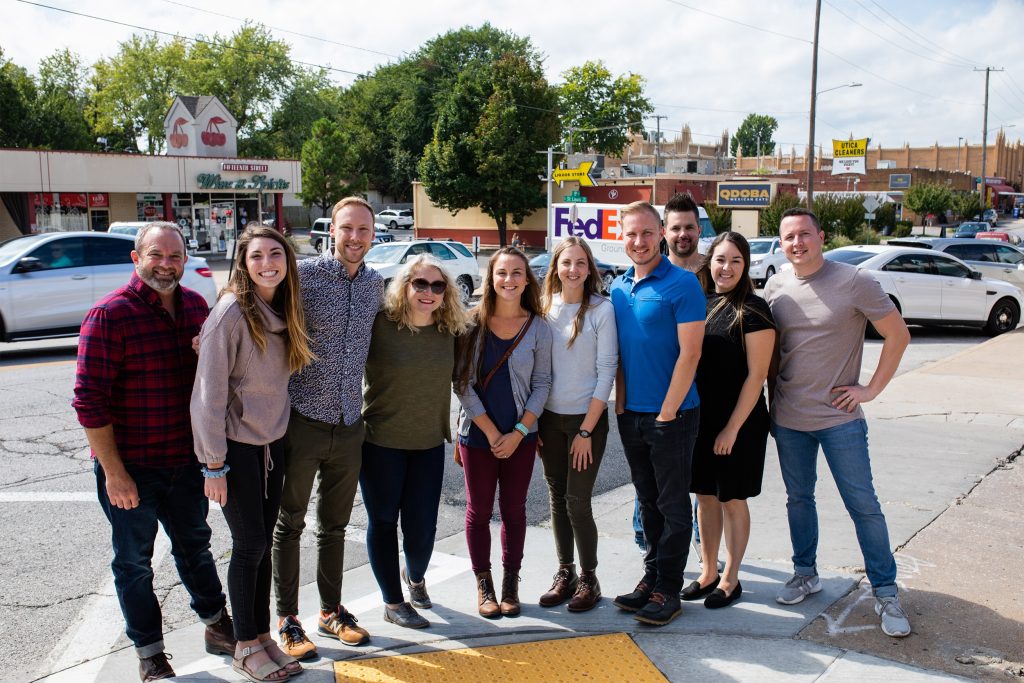 Above: Some of the awesome marketing team I get to work with at InterWorks

I Mean to Astonish You All Someday

Little Women by Louisa May Alcott
Thus far in my time with InterWorks, I have been challenged and humbled and questioned and encouraged. I am definitely being sharpened as a human and growing my skills and experience as a professional. In my position as a content coordinator, I’ve been able to read and edit lots of different content, from culture and other “How I Went from” stories to Tableau training and all sorts of data visualizations. I’ve read just about every blog that’s been posted to the website and have learned more about business intelligence and data analytics than I ever thought I would. But I’ve also been given numerous opportunities to show my value, expand my skillset and exercise my creative muscles. I’m able to work autonomously while being pushed toward excellence and supported with grace.

I still have big dreams for my future, but I know neither what that future will hold nor what I will actually be when I grow up (if that time ever truly comes). In the meantime, though, I’m happy to be at a great company that values its people and knows how to communicate that value to them. I never foresaw myself working so closely with data and software like Tableau, but rarely do the things I anticipate for myself pan out as expected. I’m just trusting the process and seeing where it takes me, and so far, it’s taken me to some pretty amazing places.