How I Went from Army Brat to Digital Nomad

How I Went from Army Brat to Digital Nomad 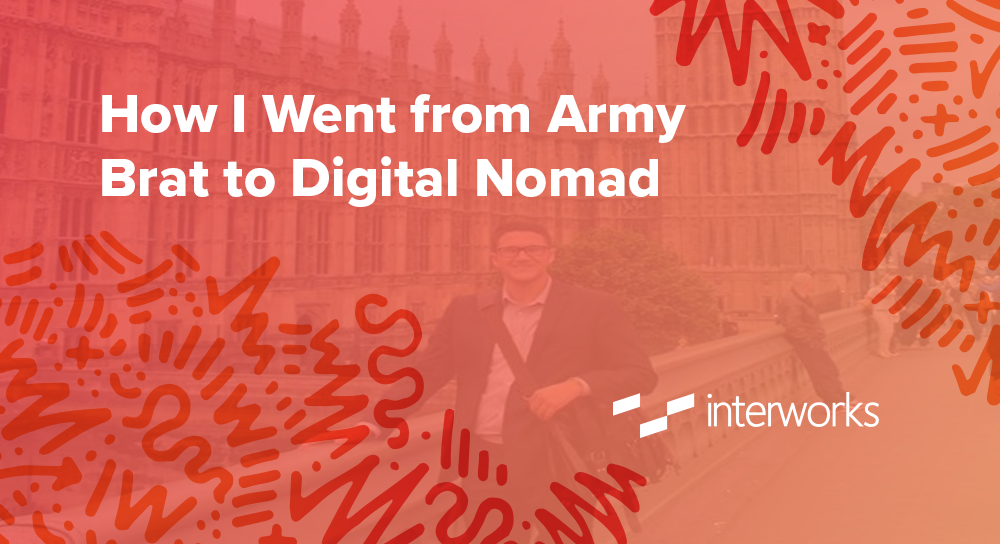 I get bored easily. I always have. I’ve had plenty of different jobs, mostly because I became bored with them so fast. My father served in the military, and this meant we moved every few years. There was always something new. This newness was challenging; new friends, new schools, new sports teams, etc. You had to be a quick study. I think most any Army Brat says they either loved or hated this perpetual newness. I loved it, and I thrived within it. 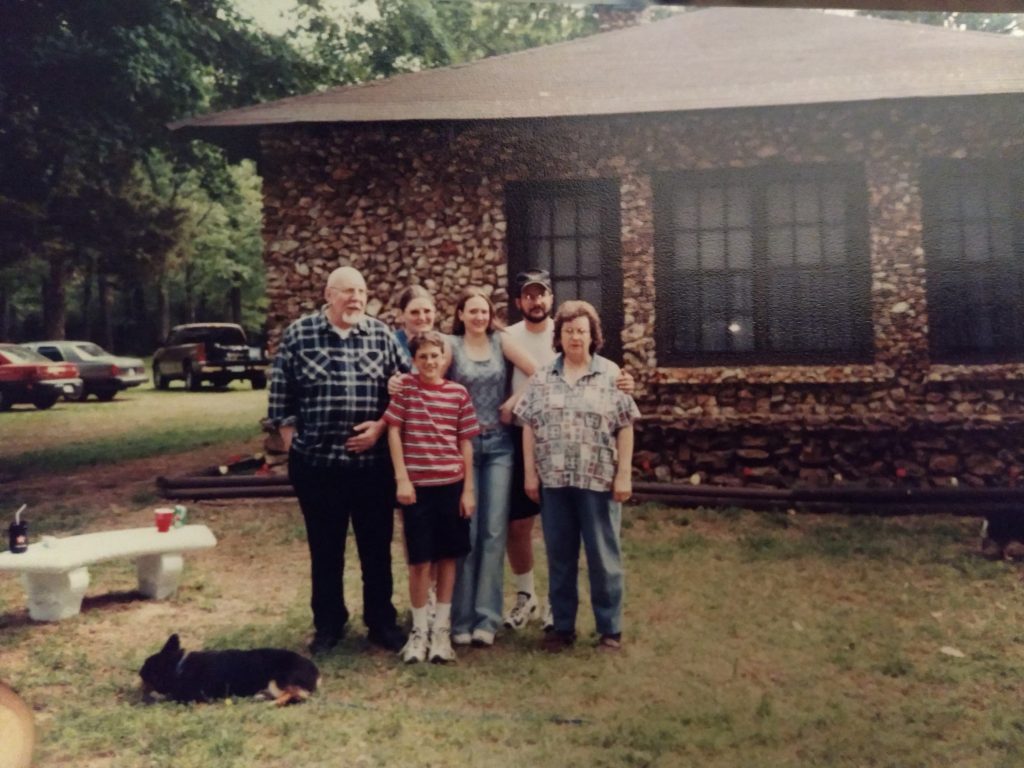 Above: My family and me

Searching for the Right Fit

I did not want to go to university after high school. I was tired of school by this point (it didn’t seem new or exciting to keep doing what I had been doing for the last 12 years). So, I entered the workforce in the very exciting role of manual labourer in a poultry processing plant. This started a series of jobs that might be a bit unusual considering what I’m doing now: poultry processor, warehouse grunt, stock clerk at a grocery store, butcher, cook, waiter, bartender and road construction labourer.

These were all jobs I did passionately, but they were temporary. I often wasn’t challenged enough or interested, so I worked two full-time jobs simultaneously. However, as with all things, I grew bored and needed a quality challenge. The quantity was not enough.

After a few years of this, I relented and entered university at a local community college. I went in as a business and sociology major, figuring I’d do something in HR. I enrolled four weeks after classes started. After a week, I was mostly caught up.

Due to moving so many times and falling through the cracks at school after school, I managed to never take geometry and then automatically be passed at a school for algebra I and algebra II. My morning class was College Algebra, and I had a body of work to make up—something like four fewer years of math than my classmates, and I hadn’t taken a math class in seven years by that point.

At the beginning, the professor told me he knew that I could understand and excel in math, that I was logic-based and saw patterns. I didn’t believe him, so I jokingly agreed that if I got an A in College Algebra, I’d take Calculus. I struggled and spent over two hours every day in the math lab on campus. Eventually, I began to understand it and became fascinated. I passed with an A and kept my word; I enrolled in Calculus.

Preparing for a Consultant’s Lifestyle

I ended up switching my major to engineering and taking all the physics, science and math courses that were offered. I even began tutoring in the same math lab that I had struggled in. I’ve always believed that you learn something best by watching it, doing it, then teaching it. Having to go through this entire cycle with mathematics really helped my teaching style develop. I look back on this as consultant training—finding creative ways to teach students who have a myriad of hurdles to overcome and who need training or assistance to understand in different ways.

Once things were steady and I had relaxed into the college grind a bit, I joined the Little Theatre in my small town and took up acting, singing and dancing. I would not remotely say I was talented enough for this, but it was a lot of fun: 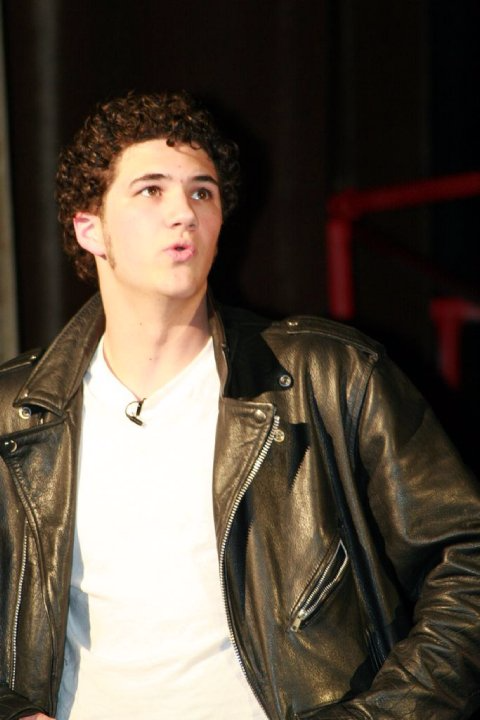 Above: Performing in Grease the musical

In addition, I joined Phi Theta Kappa, an honour society in which I was eventually elected president for the region. This meant plenty of travel, speaking engagements, and meeting with university leads—more soft-skills consultant training.

When two years were up, my entire cohort of fellow engineering students all transferred to the same four-year university to earn their Bachelor’s degrees in engineering … but I did not. I went somewhere else, having gotten a bit bored again. I knew I wanted to do something with math but felt engineering wasn’t quite the right fit for me. I moved elsewhere and started my next few years as an Actuarial Science student (studying the mathematics and finance of risk).

While at this university, I tutored in math and worked on campus in the reporting department and also as a bartender most nights a week. In short, I was busy nonstop! I took another internship with an actuary at a local insurance firm. This work was not very enjoyable. It was structured and rigid, with too much focus on just maths instead of  the critical thinking and analysis I enjoyed. I began to wonder if I would just have to be bored and learn to deal with it.

Luckily, that wasn’t the case.

Above: One of my buddies and me when we graduated from university

I took a summer internship at Farmers Insurance checking math and statistics for the reporting and operations team in the call center. I was hooked. I was doing proper statistics and analytics in a very fast-paced environment. I was forced to learn about SQL here, as well as do heavy Excel, SAS and Crystal Reports work.

Deepening a Love for Analytics

My role grew and my part-time internship became a nearly full-time internship, which then became a part-time job and later a full-time job. My role still growing, I ended up working for about six different departments at the same time and reporting officially to one manager but unofficially to about eight. My job slowly became less analytics and more reporting. Reporting wasn’t exciting, but there was a lot of work that needed to be completed, so I found a way to make reporting quicker.

Over my vacation, I discovered Tableau. This was around version 7. It was lightyears ahead of the other tools I was using. I built a few mock-ups, and luckily, somewhere within Farmers, we had a Tableau Server. With enough push, I got my department using this software as well. My reporting was now mostly automated, and I could do analytics once again … for my eight managers. 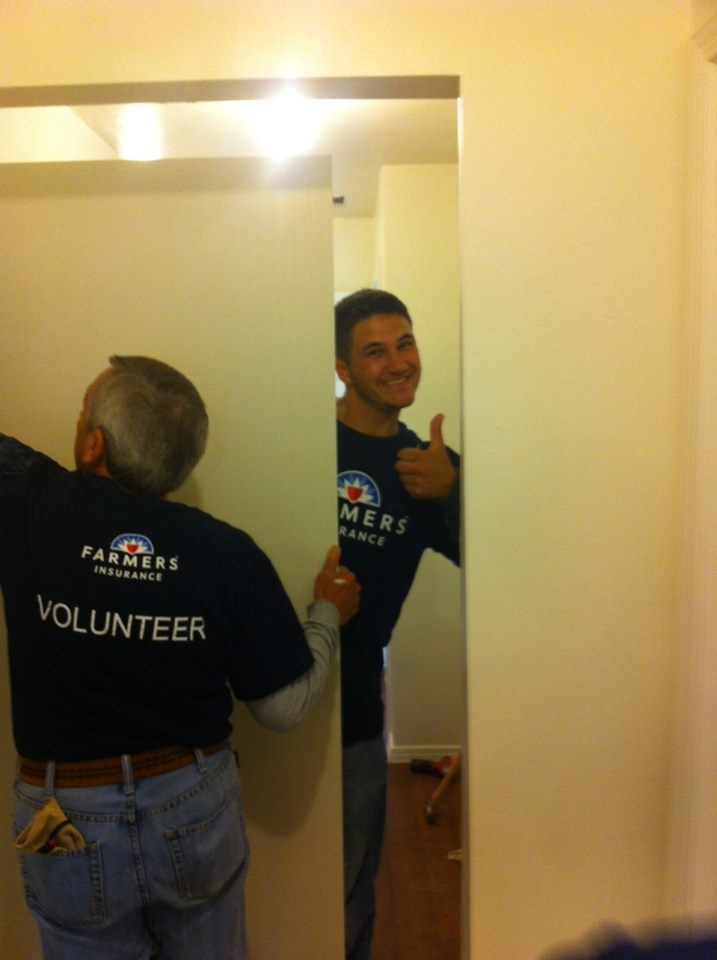 Above: An action shot during my time with Farmers Insurance

Looking back, essentially my job was an internal analytics and data consultant within these diverse departments. I was alone on this side of things, but luckily the internet was there, and I stumbled upon a blog post about Tableau that was written by someone from InterWorks. InterWorks was only a one-hour drive up the road from where I lived and worked. So, I asked around. A husband of one of my colleagues worked there, so I got the scoop and soon learned I wanted in.

I applied just a few days later, and after several phone interviews, I was invited for a face-to-face interview. Usually, InterWorks has you do roughly a half-day-long interview where you give a presentation and meet with nearly everyone, including the CEO, but I met with him a day before my actual interview.

Behfar asked me to tell him about myself. I began talking about graduating from university, my professional skills, my current job … and he interrupted me. He told me that all the other phone calls were the tech screening, but he wanted to know who I was, what made me tick. We had a 30-minute talk about my passions: history, fishing, camping, sports, problem-solving and optimisation. Then he told me that they had just gone through a big batch of hiring, and they were on a hiring freeze in the US. I was disappointed. Then he said, “But how do you feel about moving to London?”.

The next day, I did a presentation on Jurassic World vs. Detroit, Chicago and other major US cities: the murder rate vs. the eaten-by-dinosaur rate. I felt it was fitting because when I applied, the website claimed that InterWorks was a certified velociraptor-free workplace. It must have worked because they offered me the job—and a plane ticket to the UK. 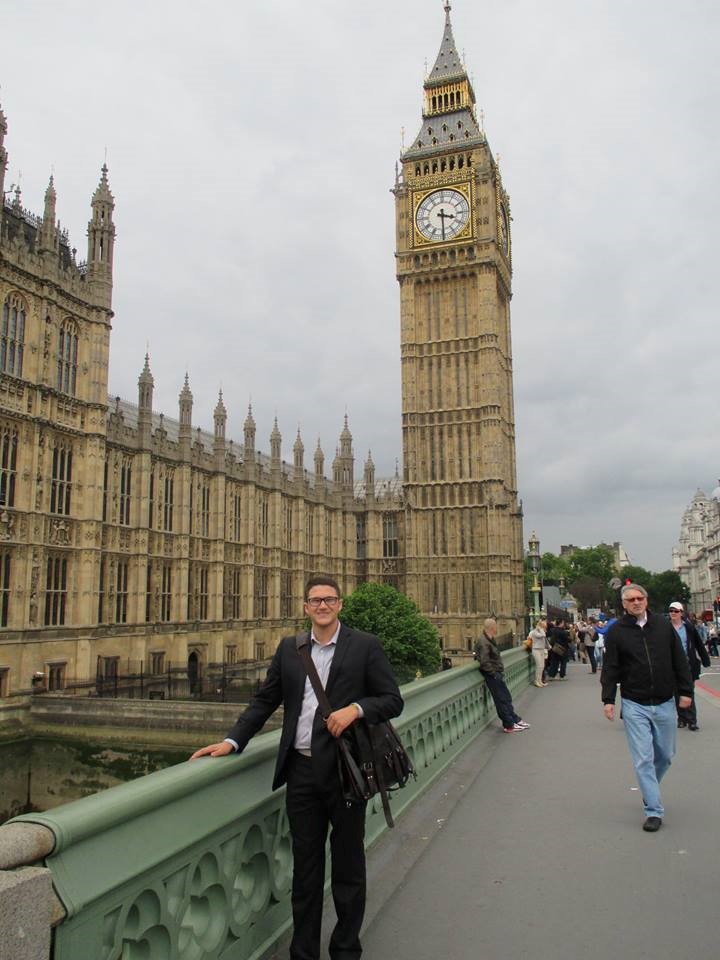 Above: Taking in the sights of my new home

Beginning a Career with InterWorks

My first week on the job, I was impressed by how hard everyone worked and how clever and easy to talk to everyone was. I asked, “Where are the people who don’t want to be here?” and was told, “They aren’t here. We don’t hire them.” It’s been three and a half years now, and I can attest to this.

One of the reasons I was hired was my willingness (and desire) to travel. InterWorks has made great use of this. In my time here, I’ve delivered engagements in 12 countries, visited more than 30 countries and worked with companies that range from the largest of the Fortune 500 to the smallest of start-ups. The breadth of experience and exposure to the world in such a limited time is a unique feature of working for InterWorks.

It’s been an adventure where I am constantly put into new situations, whether it’s training others, travelling the world, eating the best food, visiting ancient sites or touring the world’s best museums. I wake up each morning happy to go to work. It is exciting, fresh, challenging, and it’s the longest I’ve ever worked in the same place.

And I am pleased to say I’m not bored. 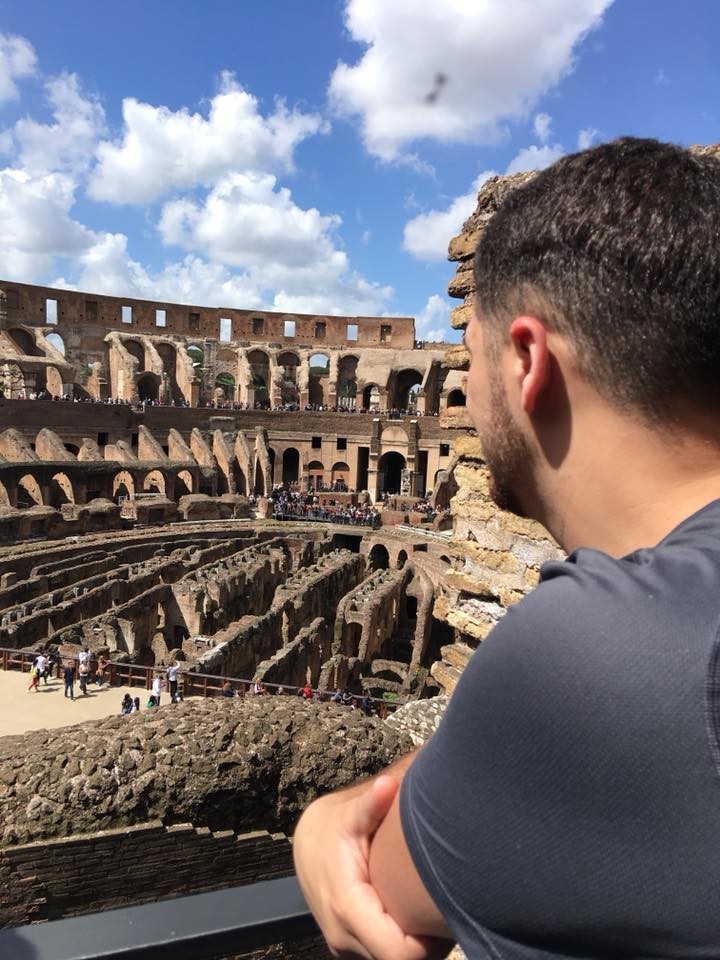 Above: One of the many perks of being a digital nomad—traveling!

Want to learn more about working for InterWorks? Join us at our  AMA webinar on the 7th of March, Register Here!