How I Went from Architecture to Business Intelligence Analyst

How I Went from Architecture to Business Intelligence Analyst 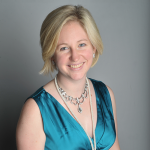 The role of Business Intelligence Consultant / Analyst is a very new field, and as such, it is composed of transplants from other industries. None of us were born with the mindset, “when I grow up I want to be a data analyst!” Most of us still refuse to grow up! As a kid, I surely didn’t dream of being a consultant. In fact, I avoided official association with IT as I launched into my career. While I have always been technologically inclined, I never desired to make IT my career (much in the way that while I speak English, I never desired to major in it).

Clients and students ask me about my background nearly every week. When I respond “Architecture,” most of them assume Network Architecture. Not in my case. My training is in interior architecture … of buildings. That’s right; not computer science, not MIS, not systems engineering.

In order to understand how in the world someone goes from Architecture to BI Nerd, we are going to have to start a little further back in time.

Off to College: Sweet Briar College

In High School, I developed a strong passion for mathematics and science. and while I strongly considered careers in Fine Art and Culinary Art, I knew it would be a tough road financially. Instead, I chose a double major track of Chemistry and Mathematical Physics at Sweet Briar College in Lynchburg, VA.

It was challenging enough to keep me entertained and diverse enough to allow for creativity. I absolutely loved it … at first.

Even in my advanced courses, the textbook problems soon became boring and repetitive. I began analyzing the industry applications to the problems we were researching with our grants and identified patterns. I determined ways to maximize the client’s efficiency so I wouldn’t have to keep solving the same problem over and over. In essence, I found creative new ways to fix the root cause, instead of temporarily treating the symptoms. My logic was an asset in labs, and my tutoring hours were always booked, but I eventually landed in a “hot seat.”

My professor was known to create ridiculously hard tests on topics never covered in class to see if you could creatively tie the concepts together. I went in to the exam with the mentality of “challenge accepted.”  The test? Sixty minutes, five questions total, no extra credit, with former classes scoring an average of 50 on the exam. I finished in 42 minutes. No one else in the room finished. We were under a strict Honor Code not to discuss the exam with anyone until we had our grades in hand.

We returned to class the following Monday to find the exams were not graded yet. Wednesday came, but still no exam results. Finally, Friday arrived, and the stack of exams were sitting on the front lab table.

We were silent, anxious. I noticed my Professor looked angry. He revealed the metrics of the exam: the class average was 55, and the low was a 21. Phew! We all sat back in our chair a bit more relaxed, thinking he would curve the results to adjust the median to a 74. We assumed his anger was, in fact, disappointment. Wrong. In all of his years teaching, he was proud to say he had never had a student ace one of his exams … until now.

Bad news #1: “There has been no curve applied.”

Bad news #2: “Either one of your classmates aced my exam … or is going to admit to cheating.” The room was silent. Cheating was a direct violation of our honor code: immediate withdrawal from the college, no advisory board, adios scholarships, hello student loans.

Bad news #3: “Miss Spaulding, do you have anything to say?” I censored the first two words that ran through my mind, then sat there with my eyes bugged out. Once I found my voice, I squeaked, “Excuse me Dr. Smith?”

He explained that his security clause on this exam was the last question. No student had ever solved it, and the fact that I had, and solved every other problem correctly, led him to investigate. He asked me to come to the front of the room and explain how I had come to my solution. I proceeded to draw my solution on the board, without referencing the exam paper. In short, what took him three full pages of handwriting and symbols to figure out, I solved visually in one sixth of the space.

Dr. Smith* relied on a shorthand method many Organic Chemists use to annotate the chemical substances, called the line or Skeletal formula. While better than writing out the long hand structural formulas, his method was two-dimensional.

Instead, I approached the problem using a three-dimensional view of the electrons and orbitals, which allowed me to better predict and comprehend the behavior visually. Therefore, I could intimately know how to achieve the desired result. 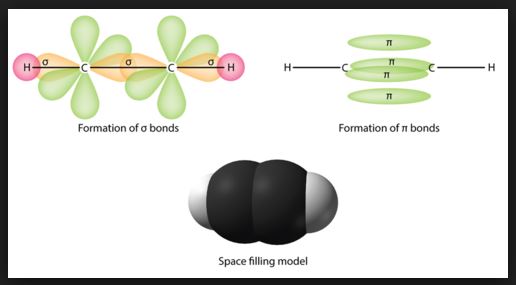 I talked through my solution in front of the entire room, nervous beyond all belief. He excused everyone else from the room, then moved from the side aisle to a seat in the front row. With his method in hand, he sat there silent, comparing my solution to his. They were the exact same result only my method was noticeably more efficient than his.

I was released from class with no further discussion. No curve was given. I received a perfect 100. My classmates were not pleased about their grades, but relieved to see me later in the dining hall still breathing.

In Search of Fun

Meanwhile, that same semester, I was taking two art courses and truly enjoying designing elements from scratch. I wished I could major in Art, but my logically minded conscience was ever present. It continually reminded me how rarely artists have successful careers. Art was to remain a hobby, unless …

Hmm. I began pursuing ways I could make my math/science track as enjoyable as the art courses I was taking. I researched other majors and disciplines that would let me combine art, math, and science all together. I realized that I enjoyed the analytical challenge, but desired to input creativity in the mix.

Long story short, I transferred; not because of the midterm, but because my previous college had no majors that combined art with math and science. I pursued Architectural Engineering at Oklahoma State, knowing it would allow me to combine math, science, and creativity with my strategy, innovation, logic, and deep passion for learning. It was AMAZING! I had finally found my niche.

But a few months in, I encountered medical problems that lasted for the next two years. I withdrew from college for a year-and-a-half to heal and re-focus. When I decided to go back, I wanted to finish as fast as I could.

I chose to stay in Texas this time and finished my degree with a B.S. in Interior Design from Sam Houston State University. Yes, I chose the cop-out track. By the time I was done, it had taken me six-and-a-half years to finish a four year degree. Don’t get me wrong, I loved my time at SHSU. I was able to TA for Interior Design courses and teach courses on AutoCAD for the Industrial Design department. I also chose to pursue my teaching certificate, just because. I justified my decision internally by arguing I would complete my Master’s in Architecture at a later date.

Into the World of Architecture

During my undergrad, I was hired for an internship with an architectural firm in Dallas which specialized in public library design and government contract projects. Once I graduated, I stayed at the firm for two-and-a-half years. I was a CAD Specialist, focusing on integrating 3D AutoCAD and Revit, but also took on quite a large portion of their Project Management needs, client relations and RFPs. It was a great experience.

As soon as the economy turned in 2009, all of my government sector projects that were in design phase lost their bonds (they all shifted to educational projects). Every project I was on came to a halt almost overnight. As a contractor, I went from 60-hour weeks to 15-hour weeks.

Fast forward three months and I was hired by Interstate Batteries for a PMO role on a large BI project. I was brought on not because I knew anything about BI but because of my project management skills. I stayed at Interstate three years, working between the PMO role and as a Facilities Supervisor during their building renovations.

Last March, two great friends working at InterWorks randomly reached out through Facebook, asking if I had ever heard of Tableau. I had used MicroStrategy’s Visual Insight platform previously, but the rest of my analyses were always in Excel. They sent me a link to a video and trial.

That night, I couldn’t sleep. I felt like an idiot. How had this tool been out there without me, a software junkie and efficiency wizard, knowing about its power? I couldn’t help but think on all the hours I had wasted building reports in Excel, only to repeat the same brainless process the next month. I was ashamed of my ignorance but hooked on the tool.  What has been seen, cannot be unseen.

Welcome to the Family

I started at InterWorks in April of 2013. I had been in Tableau maybe 20 minutes total when they hired me. I was incredibly nervous. How could a company so successful be willing to hire on someone with absolutely no IT experience? Yet here I am. Living proof that they can convert the right personality into a data loving guru. 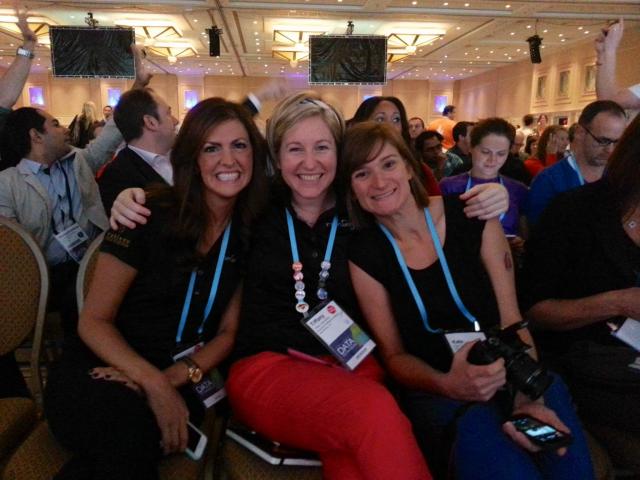 Left to right: Lindsay Kedy, myself and Kate Treadwell at TCC13.

Life as an InterWorks Analyst

It is no secret that I am the happiest I have ever been with my career and life.

My college journey and career path were in no way wasted. They were simply non-linear. I utilize every single skill from engineering to architecture to graphic design every day. The skillsets and business knowledge learned from working in other industries is all relevant in the world of BI. 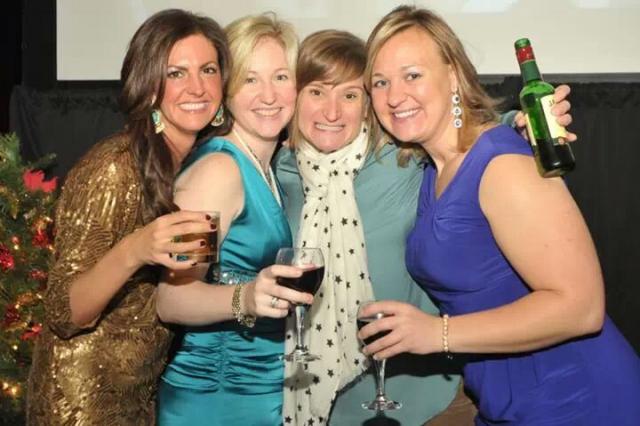 Left to right: Lindsay Kedy, myself, Kate Treadwell and Carly Capitula at the InterWorks Christmas party.

InterWorks consultants and analysts have varying strengths, but being mathematical, logical, scientific, investigative, innovative, and curious individuals with great communication skills and a healthy outlook of fun are what we share. Some of us choose to “live on the road” while others work from our office locations. Others find a happy medium between those two extremes. InterWorks has mastered the secret formula: to not only attract the best and most awesome folks, but also to retain us. I never believed a company could successfully operate as well as we do at InterWorks while committing to preserve a non-corporate feel.

We work hard. We laugh hard. We play hard. And TOGETHER, we push the boundaries of our industries. 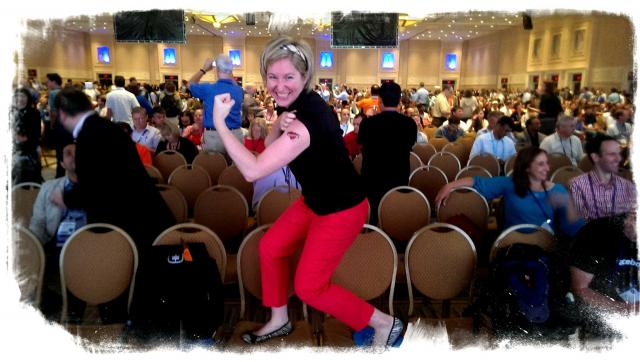