InterWorks’ Onboarding and the Counterculture

InterWorks’ Onboarding and the Counterculture 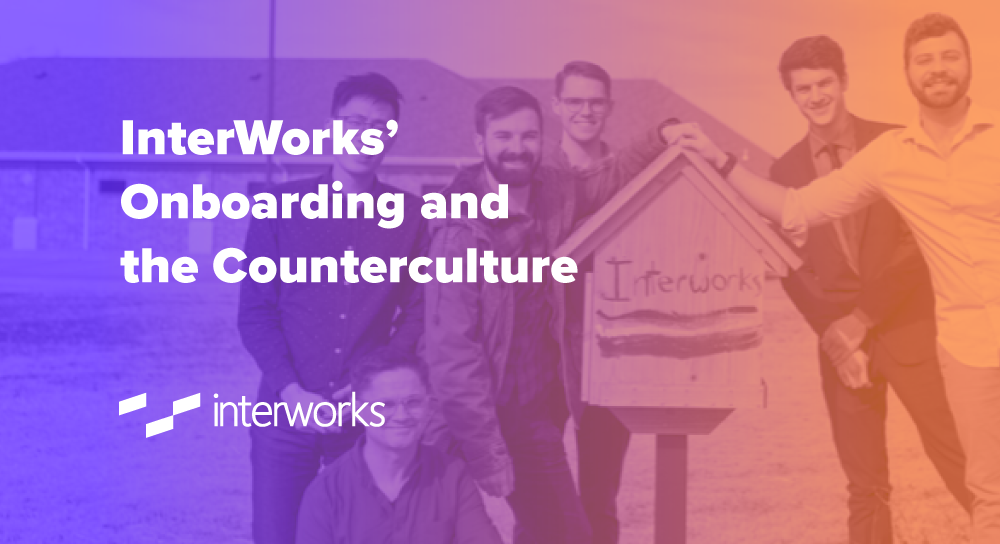 For my first blog post, I figured I’d share something personal about myself. I have an extreme affinity—nay, even a love—for what I dub the “counterculture.” I am, by almost all definitions, a hipster. If you call me that, however, I will vehemently deny it since the term is too mainstream.

I have quite a few examples of this attitude in practice. I love nothing more than to find some indie, never-heard-before band on Spotify and share them with the world (shoutout to The Most Americans, by the way). Once a Subreddit gets popular, usually over about 100,000 or 150,000 members, I almost always feel compelled to unsubscribe. Finally, not to get political, I never watched “Game of Thrones” (though honestly, I think I had the better end of that deal).

This analysis of myself is (mostly) tongue-in-cheek, but my love for walking off the beaten path has given me a sixth sense for finding a diamond in the rough. Fresh out of orientation for my new Content Coordinator position, I can say with relative certainty InterWorks is that diamond.

The Start of It All

My onboarding process started January 10, a cold morning that felt uncomfortably close to a first day at high school. There was that same nervous excitement of starting something new. I was left wondering if I’d like my new coworkers, if they’d like me and what the new company would be like. As an adult, it’s a fantastic feeling to be transported back to all your high school insecurities, I assure you.

When I arrived, however, I was pleasantly surprised. The InterWorkers there were kind and genuine, the office was clean yet cozy, and the other new hires were genuinely fun to be around. Quickly, that icy feeling of anticipation thawed into something resembling hope.

There were a number of sessions throughout the week to describe key aspects of the company and the functions of our jobs. We received briefings on legality, receipt reimbursements, benefits and a slew of other standard new hire presentations for any company. If one looked at the presenters, though, they’d hardly be able to tell that they were sharing boilerplate content.

My new coworkers, Garrett Sauls and Andrea Avey, gave a presentation about building our personal brand. They encouraged us to take our self-image into our own hands by contributing to InterWorks’ Podcast Your Data or the blog. There were also introductory presentations for each of the major departments about what they do and who they are.

Each presenter, mostly from the highest levels of the company, took a genuine interest in us as people and was incredibly down to earth. This was no less true than when Behfar Jahanshahi, InterWorks’ CEO, gave us the history of the company and solidified it in what I call the “corporate counterculture.”

Let me explain: InterWorks has a history stretching back to 1996 that screams, “We don’t want to be like other companies.” If you want a detailed breakdown of our history and a very close substitute for the talk Behfar gave our onboarding class, you can check it out here. At InterWorks, the focus has always been on quality over quantity. This company started as a group of friends doing IT work because they found it fun. Somehow, Behfar has preserved that starting purity at InterWorks’ core, even as it’s grown to over 250 people.

Contrary to my hipster tendencies, InterWorks’ desire to break the mold is completely intentional and actually puts some good back into the world. I’m not just saying that because I now work here. In 2019, for instance, Forbes named InterWorks a Small Giant in our field, recognizing us not for our size but for the quality of our work. In 2020, Inc. named us both a Best Workplace and added us to the Inc. 5000 ranking list. Not only do we continually make the cut at the national level, but the local one as well. In 2021, The Journal Record in Oklahoma City named us to the Best Places to Work in Oklahoma list. Largely, this is due to bucking the norm, pardon my French.

My first job out of college was very corporate and had a laundry list of awards like InterWorks. Since its founding in the ‘60’s, it had grown to over two thousand people, though it had the restrictions to match. In regard to grooming standards, for example, management-level executives and above weren’t even allowed to have beards.

Here at InterWorks, however, it’s decidedly the opposite of that corporate philosophy of uniformity. Sure, we have the superficial differences like beards, t-shirts being the outfit of choice in the office and a sweet break room with ping pong and drinks. It sounds like everything a start-up would promote on every LinkedIn job posting, but here, it feels like an authentic effort to facilitate a good work environment, not just a carrot on a string.

InterWorks, in terms of its environment, takes a bit of a spin. A good moniker to describe it is “do good, have fun.” We work with household names on a daily basis. Despite being younger and smaller, we can regularly compete with (and outperform) larger data consultancies. From everything I’ve seen, we’re like a V8 engine crammed into a Mini Cooper-sized frame (which, while writing, I found out is a real thing. Just another thing to add to the bucket list).

The real difference I’ve seen between other companies and InterWorks truly lies in the people. There’s a story InterWorks shares every day. This isn’t through cheap words or catchy slogans but through action.

InterWorks took the “show, don’t tell” approach to their story, unlike other corporatized cultures. I saw it in my old job that the coworkers you met were viewed as just cogs in the machine. The company espoused “we’re all one big family” rhetoric, but the lower-leveled workers were valued for little more than their utility and ability to hit their metrics by the higher levels. That takes a toll on people. It strips them of their individuality and personality. I know because I was one of them. I felt that, too.

The people I met at InterWorks that first week were, to be frank, people. They were artists, musicians, photographers, each with that elusive spark of individuality InterWorks strives to fan into a roaring flame, not smother to fit the mold. People-centric approaches are rare these days, and that’s what makes InterWorks so compelling. This story InterWorkers write together is one that eschews the norm of an office job and encourages others to find their individuality and do good work while having fun. 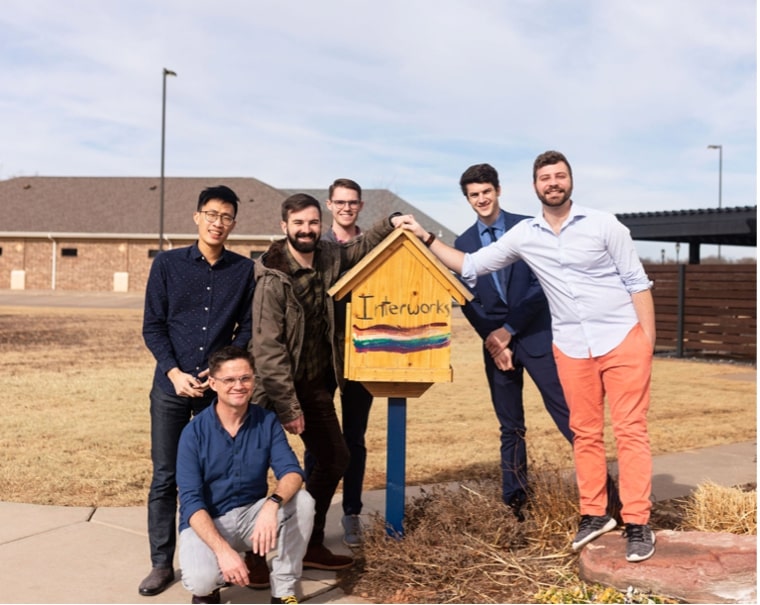 Above: Me with some members of my training class

Nothing exemplifies this more than my training class. They’re talented, fantastic people from not only all over the United States but also across the world. No other training class I’ve been a part of has made me laugh as much as my fellow new hires have or made me feel as comfortable. They all possess technical skills or backgrounds I could only dream of. Troy Schuh can bust out a piano ditty that will move you to tears without a second thought. Warren Sinor is an IT savant with a heart of gold (except during board-game night where there is no mercy). Kate An knows more about bioengineering than I ever will. She also stabbed me several times during a game of Raft, which I may or may not be plotting my revenge for.

They’re only the first three. I could go on about the other eight for an hour. From board-game nights during orientation to games online once we scattered to the wind, I can’t wait to keep getting closer to them and forming a tighter community.

With the InterWorks story, it feels like we’re barely out of Act I. Even after 25 years of business, our story is still being written, and it has a long way to go. The bones are there, though, for something that may one day rival the Homeric epics of old. I just can’t wait to be there with all of these amazing people on that journey and maybe add a few words here and there to our narrative.

What? I can be overly dramatic and a hipster. Sue me.

Take my words with a grain of salt. I’ve been here for a whopping month. If, however, you want to lend your voice to our story, explore our open roles.