What the Dell and EMC Merger Means for InterWorks and You

What the Dell and EMC Merger Means for InterWorks and You 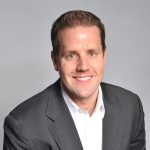 You may have heard the buzz lately about a gigantic merger in the IT world. A few months back, Dell announced that they would be acquiring EMC for $67 billion. That’s a lot of dough, but the benefits seem like they’ll be well worth the price tag. This new merger essentially means that together, as Dell Technologies, Dell and EMC will become the largest end-to-end technology company in the world. Though the deal doesn’t officially go through until October, everything is aligned for a successful acquisition.

Now, we know that the words “merger” and “acquisition” often translate to “a whole mess of change.” That raises some very big questions.

Here’s what we know so far …

As a longtime Dell partner, this shake up almost certainly means a changeup in how we interact with Dell and Dell reps. The biggest change that will come down the pipeline is that InterWorks will be adopting a large part of EMC’s storage and data protection portfolio. Through broadening our portfolio offering, InterWorks is confident we’ll be better able to serve our customers.

Another huge change that Dell recently announced is that they’re selling off their software group, which includes Dell’s Data Protection portfolio (Appassure, DR4100, Netvault, etc.), the Quest portfolio, SonicWall, Statistica and others. Though Dell is “selling off” this portion of the business, it will still be known as Dell Software Group (DSG).

One thing to note amidst this change, aside from a shift in ownership, is that we anticipate the new DSG will largely be a “channel driven” sales model as opposed to Dell’s more traditional “direct sales” model. In the past, Dell often sold its software products directly to consumers. With the new setup, Dell Software Group will most likely rely upon channel partners to their business. We think that’s great, considering client relations is an area in which we excel.

That all being said, even with channel partners like InterWorks carrying a larger workload, we anticipate DSG’s biggest channel partner will be none other than former parent, Dell Technologies.

The change in hands of Dell Software Group will likely mean that our clients will deal less with Dell reps and more with channel partners. As mentioned above, Dell Technologies will certainly still be a major player within that channel, but some clients can expect their points of contact to change. How all this change will exactly play out and to what degree remains to be seen, but we’re confident that Dell will enact it with minimal disruption. Essentially, the changes mean more for them than they do for you.

Also, given that Dell Software Group will be a separate entity, we speculate that they’ll be able to invest more in product development. This means a more robust portfolio of products, and who doesn’t want better technology?

On a grander scale, the merger of Dell and EMC will mean improvements across both companies’ product lines. To reiterate, these companies (along with their subsidiaries like VMware, SecureWorks, RSA, Pivotal and VirtuStream) will unite to become the largest end-to-end IT infrastructure company in the world.

Dell and EMC are combining their strengths and learning from one another to better serve clients of all shapes and sizes, from the smallest of businesses to the largest global enterprises. During his keynote at EMC World, Michael Dell emphasized that the new technology borne of Dell and EMC will be used for such things as curing cancer and solving problems on a global scale. That’s a big mission, and the newly formed Dell Technologies has shown that they’re willing to invest in the that goal.

Our Final Thoughts … for Now

As for us, we can’t wait to see what this huge step forward does for our clients. With the ability to choose from a larger catalog of products with greater backing, we know that they’ll be able to do more with technology in their business. If you think about it, that’s the end goal of this entire merger.

So, don’t worry too much about the implications of this merger. As far as we know, Dell isn’t discontinuing any products in the short term. But honestly, even as they begin to purge some of the overlapping products, we’re confident we’ll be able to help our clients implement even better solutions moving forward.

No good thing comes without a little change.

If you have any questions about what the new Dell and EMC merger means for you as a client, please don’t hesitate to reach out!

Log4j Vulnerability (CVE-2021-44228) Information
Row-Level Security Basics in Tableau
Do I Need Row-Level Security (RLS) in Tableau?
SSH Key & Password Storage Recommendations for Secure Scripting in Matillion
Quick Q&A: Why We Like Dell-EMC for Just About Everything IT
DellEMCenterprise storagemergersecurity

Global Director of Business Development
LinkedIn
Quick Q&A: Why We Like Dell-EMC for Just About Everything IT In this edition of “Quick Q&A,” we talk about Dell-EMC with InterWorks Director of Enterprise Solutions Daniel Holm, IT ...
What the Dell and EMC Merger Means for InterWorks and You You may have heard the buzz lately about a gigantic merger in the IT world. A few months back, Dell announced that they would be ...