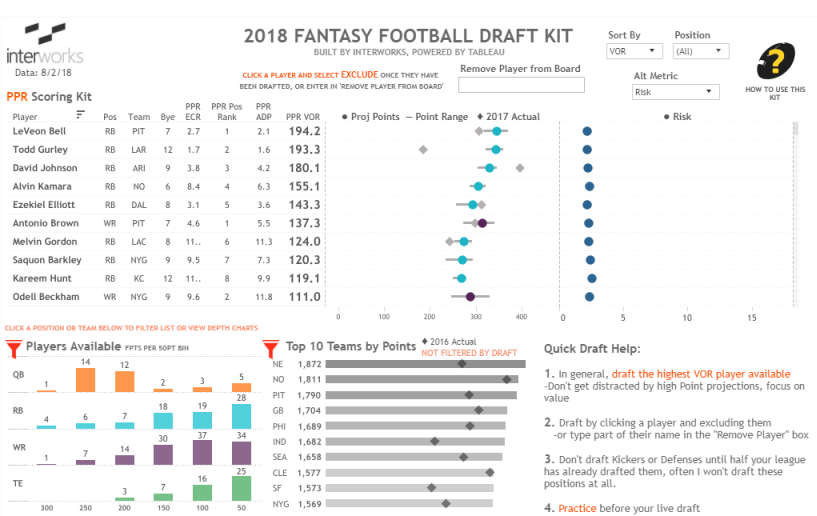 It’s August again, which means it’s still hot, but football is here! Personally, I’ve been enjoying a ton of baseball and the gobsmackload of home runs we’re seeing. The World Cup was also simply outstanding start to finish, but football in America means only one thing: 22 warriors on the gridiron. Expectations are high for a surprising number of teams, meaning we should get some tremendous games all year long.

We’re into year five of the Tableau Fantasy Football Draft Kit, and we’re still free! Last year’s draft kit was used around sixteen thousand times, and I’m hoping you’re all back and brought your friends! I’ve incorporated some feedback from last year’s kit, but please don’t hesitate to leave suggestions, questions about usage or how your team performed. You can drop a comment here, email me, post in one of the reddit threads, or on LinkedIn. I try to read them all.

As a reminder, all of my data is sourced from the wonderful Fantasy Football Analytics site, who are kind enough to provide their data and tools.

If you don’t know your league’s scoring system, use this version.