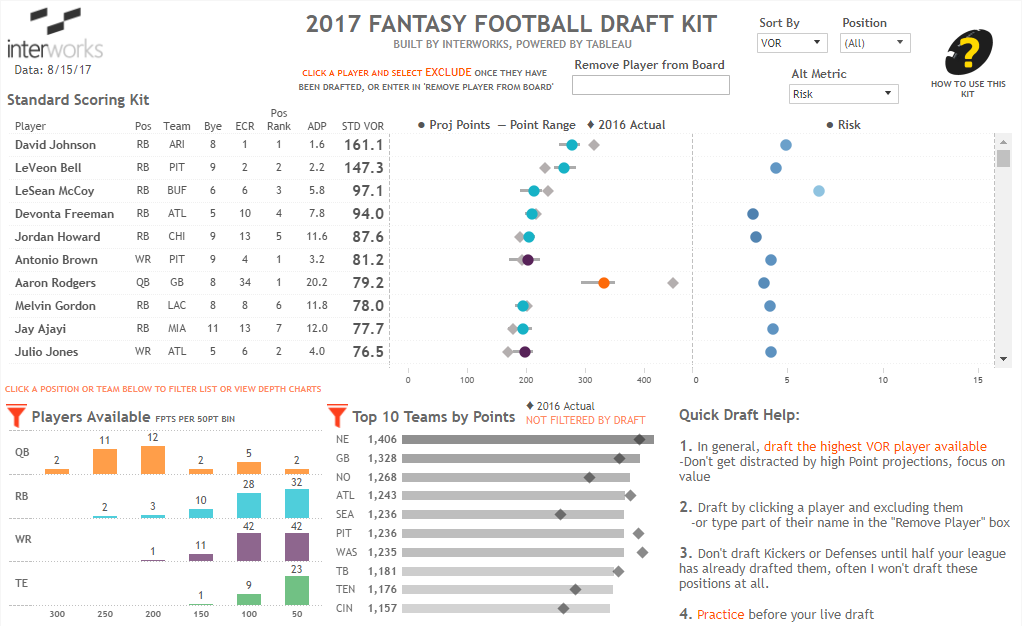 Jump to the draft kit.

We’re well into August, which means American Football is back. The offseason is always excruciating, and no amount of baseball or US soccer can fill the void that football leaves. Though the regular season starts in a few weeks, the hype and preparation has already begun – specifically surrounding fantasy football. Of all the fantasy sports, fantasy football reigns supreme. To help you crush your opponents, I’ve returned with the latest edition of my interactive fantasy football draft kit built in Tableau.

This will be the fourth year I’ve created this kit. Some years have been great, others plagued with injuries. The truth is that no matter how hard you scrutinize the numbers, there are always unpredictable variables that will affect the course of your season. Though this kit doesn’t guarantee success, it does allow you to have all the information you need to make educated choices.

I’m staying with my usual data provider because they aggregate projections from multiple sites instead of one “expert.” There’s also some advanced analysis on whether expert rankings or stat projections are more effective. Hint: It’s stat projections.

If you don’t know your league’s scoring system, use this version.