Will iOS Overtake Android and Why Should We Pay Attention

Will iOS Overtake Android and Why Should We Pay Attention 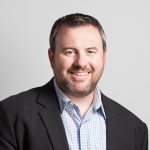 The Apple iPhone 4S debuts this month and Apple is hoping to gain ground on Google.  Android continues to impress, as it posted the greatest percentage of growth with 5.6% from May 2011 – August 2011.  iOS growth was only an estimated .7% during the same time period.  Apple is hoping to gain market share by not just adding more bells and whistles to the actual phone, but allowing the user to access and share everything in the iCloud with any Apple device.

It will be interesting to see how market share changes with the iPhone 4S debuting later this month.  Preorder sales for the 4S have not only beaten, but smashed preorder sales for its predecessor with over 1 million in the first 24 hours. It has many new bells and whistles, but one of the most important features is the iCloud integration.  This will allow users to have access to all their data wherever they are.  The iCloud integration allows a user’s iTunes account to be accessed from any of your Apple devices without syncing.

Photos, apps, documents, contacts, music, and more will be made available to your other Apple devices with the iCloud integration feature.  No more worries about accessing an app or a photo on one device and not the other.  You can even use the iCloud to locate a missing iOS device!

Anyone Who Wants and iPhone Can Get an iPhone

For those who have not tried iPhone or are looking to upgrade to a smart phone can do so easily with AT&T.  The iPhone 3GS will be FREE with a contract and iPhone 4 will be available for as low as $99 on AT&T, Verizon, and Sprint platforms.

Now Sprint users will be able to easily switch to iPhone.  The iPhone will debut with Sprint with iPhone 4S, but he iPhone 4 will also be available.  This is huge for Apple, as many Sprint customers are loyal because it is one of the only companies offering an unlimited data plan.

This will be interesting to watch the competition between Google and Apple over the next year.  I am also interested to see how RIM will respond.  They claim to have a very loyal base, but with 5% jumping ship over the past three months, they need to do more than trying to maintain users to stay relevant.

Even today, there is still a huge opportunity with mobile advertising.  Smartphones are still in the minority of cell phones in use today and tablets keep getting more popular.  Ad networks are getting more and more precise.  Mobile app marketers and developers will need to pay close attention to trends and demographics as running quality ads engaging users will be key to increased revenue.  Companies will need to make important decisions on which apps will reach their target consumers and which ads will speak to their target audience.

Account Executive
Facebook
Twitter
Google+
LinkedIn
Google Search Integrates Google+ in Search Results Google just announced it will start incorporating social content in search results.  This is an important, and powerful, step for ...
How to Find ROI in Social Media This is a very interesting topic. It is debated, as it is very difficult to quantify the exact results of social media. Here is the ...