In this series, Ideen Jahanshahi walks through migrating DHCP from an old environment to a new environment.

Although Microsoft Windows Server 2003R2 went end-of-life on July 14, 2015, many business are still mid-process of upgrading to newer operating systems. Similar to installing 2003/R2 and 2008/R2, a 2012 or 2012R2 installation is fairly straight forward. This article explains how to install the DHCP role on a Windows 2012 / Windows 2012R2 and is the first in a two-part series on migrating DHCP from an old environment to a new environment.

I typically install all core domain functions with the Domain Administrator account to avoid any permissions issues, so once an IP has been assigned, the DHCP server role can be installed. This can be accomplished by opening Server Manager; one way to access this tool is to navigate to Control Panel > Administrative Tools > Server Manager. 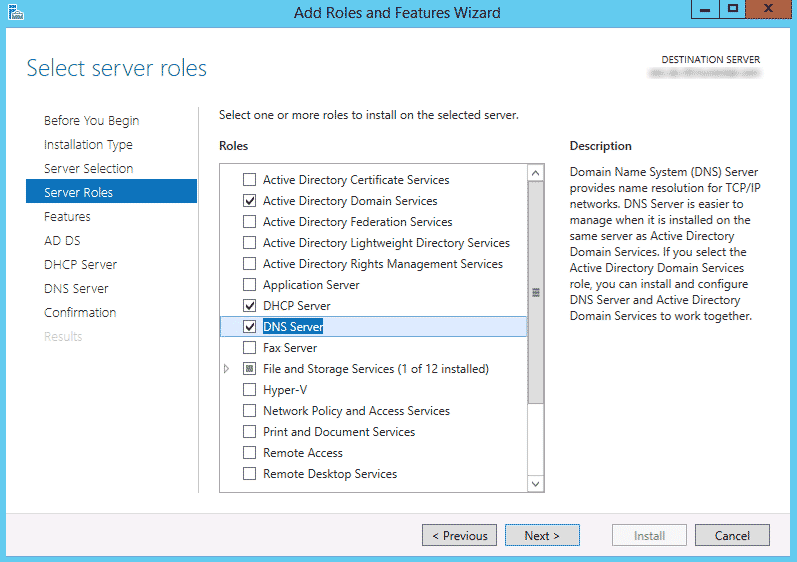 For this article, since I do not need any Features, and as I have another article on adding the Active Directory Server Role in the “Creating a Windows 2012 or 2012R2 Domain Controller” article, follow my screenshot installation steps and go straight to the DHCP Server window. At this stage, Microsoft is prompting some items to be aware of when installing the DHCP server role, such as: 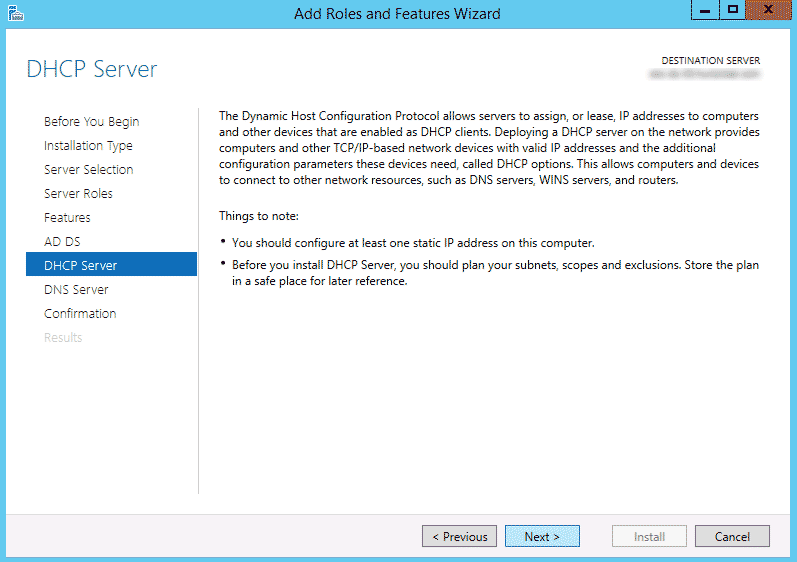 On the next screen, the wizard gives a quick explanation of DNS: 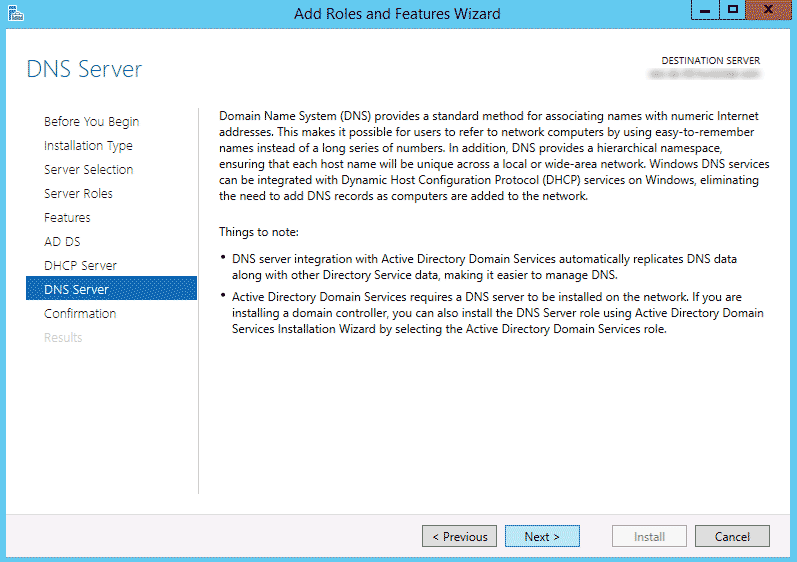 If the server needs to turn into a domain controller, see my article on Promoting a Windows 2012R2 Server to Domain Controller. Once that has been completed or if that step is not necessary, click on Complete DHCP configuration. In the example below, the configuration was completed with the Domain Administrator account.

Another wizard will appear prompting if the server can be authorized as a DHCP Server. If the server has not had a static IP address assigned or joined to the domain, these steps should be completed prior to completing this portion of the wizard.

If DHCP is being migrated to a server that is going to “reuse” an IP address of an existing DHCP server, wait to perform this step until the old server has been unauthorized. 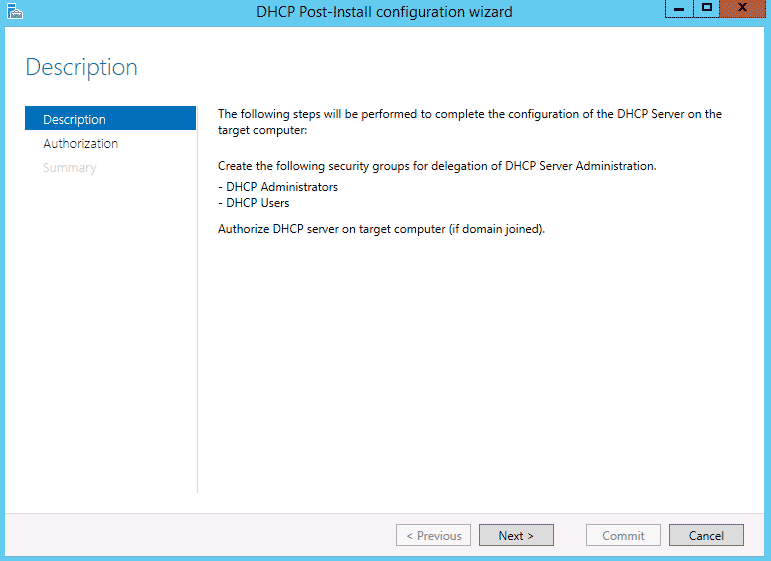 Resources Used:
Migration is worth it. http://www.microsoft.com/en-us/server-cloud/products/windows-server-2003/, Accessed November 22, 2015.