My Thoughts on the 2018 Quantrix Dimension Conference

My Thoughts on the 2018 Quantrix Dimension Conference

Shortly after that post went live, I was contacted by Quantrix Director Mike Salisbury, who asked if I would be interested in speaking at their annual conference called Dimension Conference. I accepted, spoke at the conference and had a great time meeting some very smart people.

Quantrix is based in Portland, Maine. It’s a relatively small company with a very loyal customer base. 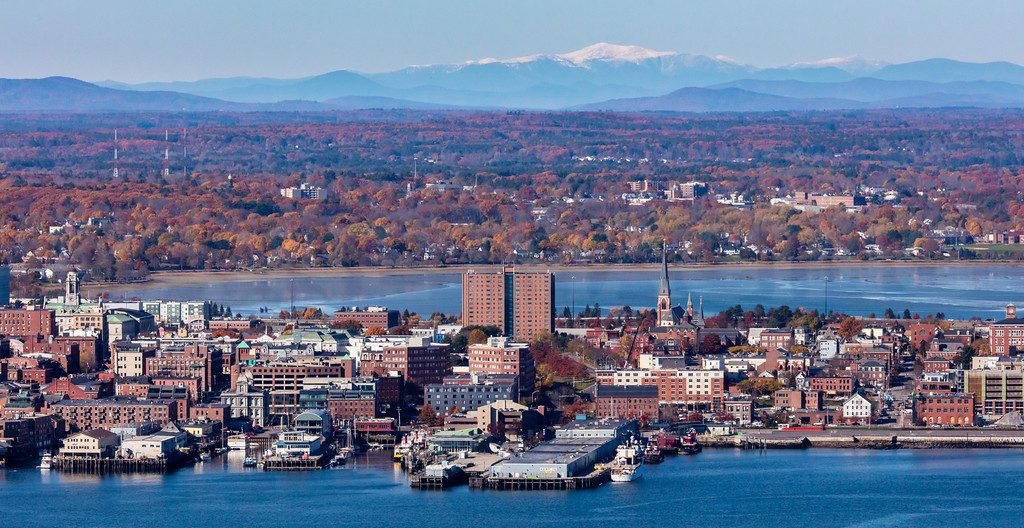 I just finished attending my second Quantrix Dimension Conference. As most of you following our posts may not be familiar with Quantrix, I’ll explain what it does and why it may be a tool that you should investigate and a skill you should develop.

Quantrix is a spreadsheet, but it doesn’t work like any spreadsheet you’ve seen before. Its origins go back to 1991 (which is when I first became aware of it). The first edition of this tool was invented by Lotus (yes, that Lotus of Mitch Kapor fame) in 1991. At the time, Lotus was losing significant market share to Microsoft Excel for Windows.

Lotus Improv was a bold attempt to create a totally new way to build complex spreadsheet models. Unfortunately for Lotus Improv, their initial build of Improv was for the NeXT computer. NeXT was the company Steve Jobs created after he left Apple during the John Sully era. Jobs was looking for new and unique software to run on his new, bold and expensive NeXT computers.

NeXT failed to get a large market share, so Lotus ported Improv to Windows 3.1. It was just too late. Excel had too much momentum and Improv faded away. That is … until the early 2000s.

What Is Spreadsheet Hell?

Formulas in Excel work on cell-based logic. For example, if you build simple budget models using Excel and you need to add up a row of numbers contained in Row C and columns 2-12, you write a formula that looks like: =SUM(C2..C12). That’s pretty easy and doesn’t require much effort to maintain.

But what if you want to build more complex formulas that utilize many different cell dependencies residing in many different worksheets of your workbook. That’s not as easy to build or maintain. Some people also create auto-updating macros that create more complexity, or they utilize programming tools like VBA to do even more automation and make reverse engineering more obtuse.

Everything works fine (sometimes) until your advanced spreadsheet geek leaves your company and you are left with this huge, complex spreadsheet with thousands of formulas that are difficult to read and understand. That condition is what is referred to as “spreadsheet hell.”

How Does a Dead Product Come Back to Life?

First off, not many technology products that died in the 1990s came back to life as a “new” product in the 2000s. A company called Lighthouse Design created a clone of Lotus Improv and later spun-off Quantrix as its own company. This is because dimensional modeling is a great idea.

Quantrix Modeler is now owned by a massive company you may not have heard of called Danaher— a Fortune 150 company with $18B annual revenue.

Quantrix is alive in 2018 because its metaphor for creating formula logic is uniquely able to deal with the challenges of building complex spreadsheet models in a way that makes them easy to update and maintain.

Instead of basing its formula metaphor on cell-based logic, Quantrix uses a logical model that more closely resembles a database than a spreadsheet. Formulas are defined using field names (think dimensions and measures if you are a Tableau lover).

What this logical model provides is a way to create complex and intricate models with a very small number of formulas. Building complex models in Excel that might require “thousands” of formulas will only require “dozens” of formulas in Quantrix Modeler.

Quantrix formulas are also easier to read and understand because field names (e.g. Sales, COGS, Profit %) are used in the formula construct. Field names tend to be in plain English. Formulas in Excel are just letters and numbers unless you take the time to do range naming.

Because of this field-based formula reference logic, it’s easier to build intricate models with less effort that are also easier to understand. Does that sound interesting?

My Thoughts on the Conference

The Quantrix Conference is a lot of fun. It’s not large or expensive. It’s in a very nice town (Portland, Maine) and the people who attend, zealously “LOVE” Quantrix. A Quantrix user is a lot like a Tableau user in terms of their love of the product.

Don’t take my word for this. Check out Rich Lopez’s YouTube channel The Quantrix Authority. Rich is the equivalent of a Tableau Zen Master for Quantrix. He’s recorded hundreds of interesting Quantrix “how-to” videos and is a great resource if you want to learn to be an effective Quantrix model-builder.

Rich builds elaborate and nuanced financial and factory-planning models using Quantrix. He works for Litehouse in Sandpoint, Idaho. You probably buy their salad dressings, dips, cheese, herbs and cider at your local supermarket.

The Quantrix folks schedule their conference in the early fall – always in Portland, Maine, near their office. The conference ends on a Thursday during the time of year that is less crowded but still nice in Portland. Bring your significant other and stay the weekend. Portland is beautiful, the food is great and Quantrix will take you for a boat ride that ends with a Maine Lobster dinner!

Check out the Quantrix website. They offer a desktop tool Quantrix Modeler and a cloud-based modeling tool (kind of like Tableau Server but oriented toward modeling and consumption in the cloud) called Quantrix Qloud as well as an enterprise modeling tool. If you need to build elaborate financial models or you have a complicated logistical challenge, Quantrix will be worth your time to learn.

I’d also like to give a shout-out to Mike Salisbury, the COO at Quantrix, for inviting me to speak at their conference in 2015 and again this year. Mike is a class act. The last time I came to this event, InterWorks landed a couple of significant new clients. We appreciate that my attendance at the Quantrix Conference in 2015 facilitated that new business.

I spend most of my time these days thinking about Tableau, databases like Exasol and Snowflake, and other tools geared toward making it easier to turn your data into actionable information. I spend no time building spreadsheet models like I did when I was a CFO in my pre-consulting days. If I was still a CFO or a guy managing a logistics operation, I’d be all over this tool.

Give Quantrix a Try

If you are willing to put in the effort to learn a totally new metaphor for writing formulas in a spreadsheet, Quantrix Modeler will provide you a better way create elaborate models that are robust, easy to understand and require less effort to build/maintain. Get a trial license here, and tell those nice people at Quantrix that I sent you.

Full disclosure, I’m receiving no compensation from Quantrix for this post nor will I receive any commission for any subsequent purchase you may decide to make. InterWorks is also not a Quantrix partner.

If you do build something cool with Quantrix, write a blog post and send me a link. I’d love to hear about your experience.