Superior IT Service in a Service-Weary World

Superior IT Service in a Service-Weary World

I slammed the phone down a bit harder than the last time. I felt my face redden, the tendons in my neck tense and small beads of sweat erupt from just below my hairline. For the third time today, I had been tossed from human to human after listening closely because the menu items had changed, and I had pressed one for English only to wind up where I began: nowhere.

Multi-national corporations have us by the short hairs. We have little choice but to accept their gauntlet of support – their dreadful indignity. We keep calling. We continue to absorb the abuse, and our outrage thickens. If just once someone would break script and empathize with your plight, decades of malady could be swept under the rug of forgiveness. Chances are, you too will instead be slamming down your phone with ice in your veins.

I work in an industry of service. IT consulting promises one thing: inconsistency. One moment you are on top of the world having just solved the greatest mystery since the advent of sliced networks, the next you are 1000 miles below the ocean floor drowning in the toner cartridge of an aged laser printer. It is an emotional rollercoaster with a rusted metal track. It can oscillate between the most thankless and most rewarding job in a matter of minutes. These ups and downs fracture the one area that should remain consistent: the treatment of our clientele. Our vocation is nothing without the consumers of our services. In the simplest and most clichéd of terms, the customer comes first. 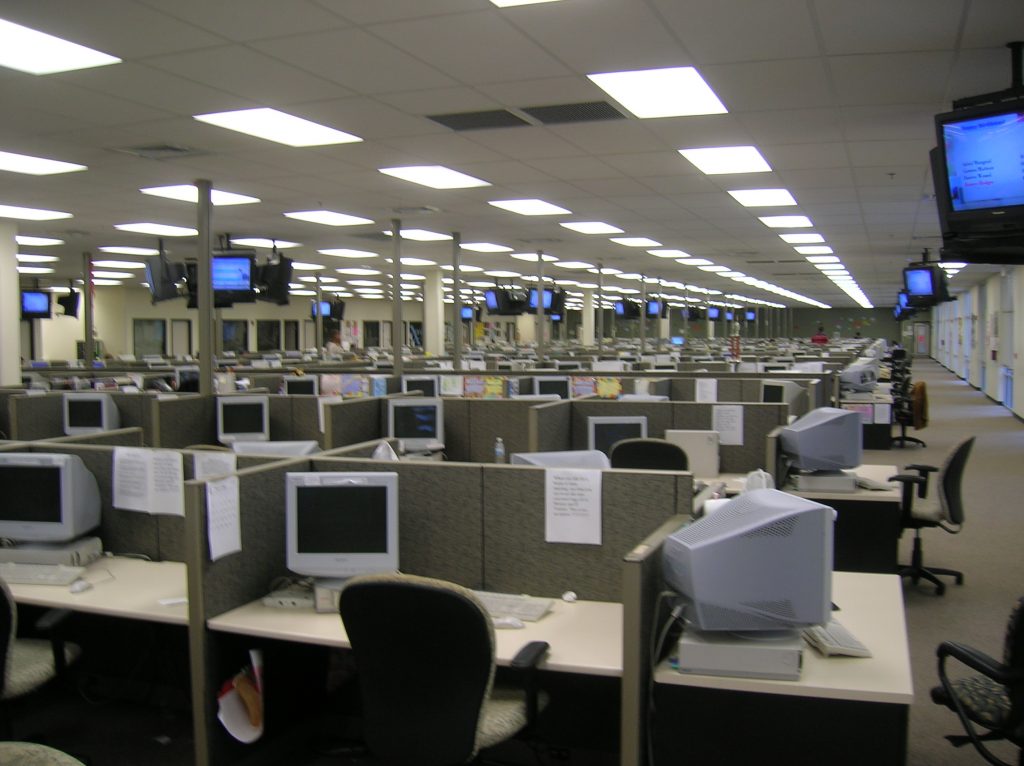 A Crash Course in Customer Service

The first job I had was a waiter. If I can pass one thing off to my kids, it is to be a waiter early in their working life. At the base level, waiting tables is a crash course in customer service. One cannot live on $2.13 an hour, so tips are expected to make up the difference. I could diverge here and discuss my honest thoughts on tipping, but when it comes down to it – you either provide good customer service or you don’t make money.

I worked at a now-defunct family diner in my hometown. While the town is small, there is a major university with a high focus on sports teams. Once, I remember a large crowd, 15-20 people, walking in the door 20 minutes before close. Many of the chairs had already been placed on the tables and mopping had begun. One of the people in the group was a well-known, well-respected coach at the university. I was a fan, so I was honestly excited to wait on this large group. My co-workers would finish the mopping and other closing duties and I would handle the waiting myself and collect what I imagined would be a significant tip to end the night.

Meals were ordered and drinks were delivered. I keyed in all the food selections and walked back into the kitchen to talk with the cooks. I had not anticipated their reaction to a 20-plate order being placed 10 minutes before the doors were to lock. Immediately, I felt their disdain. They slammed plates down, spoke (yelled) in a level clearly audible to anyone dining in the restaurant and were not shy to let me know of my role in their misery.

I felt my mood change. The feeling of hospitality vanished. I too was being inconvenienced by the audacity of these patrons traipsing in the door so late in the evening and expecting a high level of service. Subtly at first, my interactions with the party morphed. Maybe the smile vanished from my face, then my movements became a bit more exaggerated. Perhaps there was an air of animosity in my exchanges. As time progressed and the client requests became more abundant, the subtilty became blatancy. None of this was a conscious alteration in my behavior; it was a reaction to my environment.

When the night was done, an hour past close and the interlopers had departed, I was left to clean up the grot. I bussed plates and cups, muddled my hands with syrup and left-over applesauce and wiped tables clean. Suddenly it occurred to me – there was no tip. I had just spent one and a half hours catering to every need of these heathens and what I had to show for it was a thumb soaked in a bowl of cold grits, and $3.19 before taxes.

I have played the night over and over in my head for 20 years (I know, maybe I need therapy). I will never truly know why there was not a tip left. It could have been because they believed the tip was included in the bill, as many restaurants do for larger parties. Personally, I have chosen to believe that the reaction of the cooks and then my subsequent transmutation left the assemblage feeling slighted. They had not received the level of service that they expected or deserved and punished me via my wallet. It would not have taken much for me to bite my lip and tough it out for an hour. It could have meant a big bonus for my night, but instead, it was a lonely night and 20 years of memories.

What is good service to you? I bet it is the same for me. At the highest level, this is not typically something that differs from person to person. We want to be respected and acknowledged. It sounds so simple, so why is it so hard to get that level of consideration? As in the story above, my environment had evolved negatively. I was being bombarded with unproductive, uncooperative influences. I let it seep into my actions and affect not only me but everyone with whom I came into contact.

These negative influences are unavoidable. In a consulting world, people do not typically call because they are happy that their email is down; they call expecting immediate resolution to a problem you should have already known about. You can take their charged interaction and turn it back on them, or you can empathize with their situation and calm the waters before they begin to boil. Acknowledge their frustration; let them know this is now your top priority. Make them feel like you have merely been sitting there waiting for them to call. They are your only client.

It may take the biting of a tongue or the swallowing of pride, but in the end, you will be tipped with gratitude. At InterWorks, we call our service White Glove. Not terribly creative, I know, but it is what we strive to provide. When we run our gloved hand over the issues that were addressed today, does the finger come back clean? Clients don’t get shuffled from technician to technician when they call in. If it is not your regular client, it does not matter; today they are.

One thing that has been a focus of late is our method of communication with the user. More than half of the incoming requests arrive to us via email. It is exceedingly simple to reply to that message with troubleshooting steps and wait for a return message with results. Soon, we find ourselves 10 emails deep in a thread, repeating things that were described several messages back, weaving a web of confusion. If the technician had picked up the phone after the first back and forth, perhaps the issue could have been rectified expeditiously, leaving the client with a feeling of importance and respect. 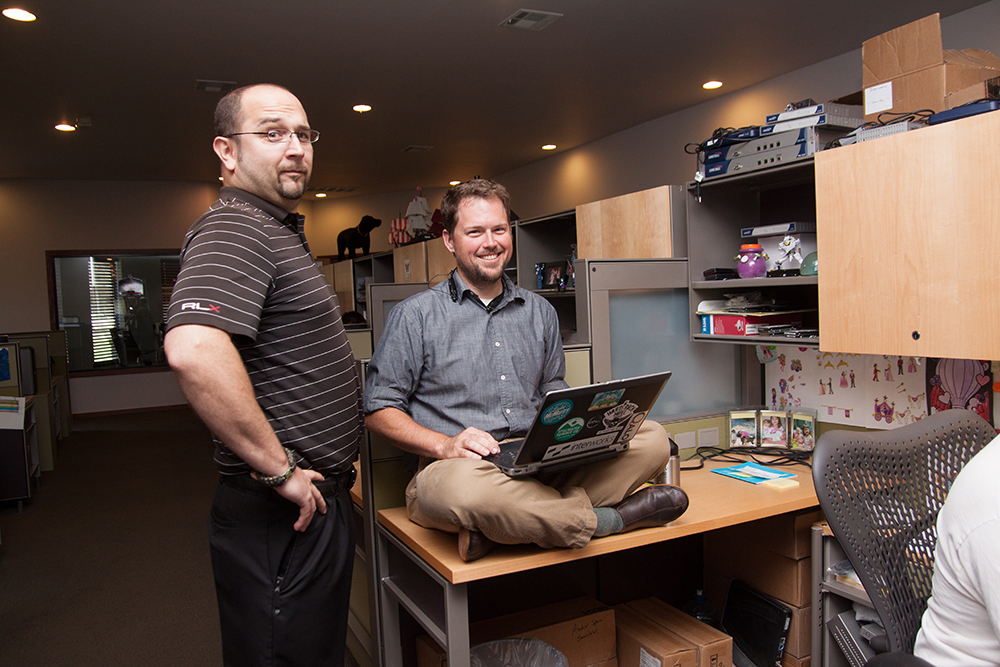 Above: It’s important to know that there are actual, relatable humans on the IT support side.

The Importance of Service-Minded Partnerships

At InterWorks we value our partnerships. We don’t just jump into a relationship with a vendor for the sake of the name. They need to be more than a shiny box or snappy marketing campaign. With most of our partners, we regularly find ourselves in technical conversations while troubleshooting or testing a solution. If the support we receive is not up to par, it causes delays, confusion and possibly even a consultant who is no longer willing to implement the solution.

I have blogged about ESET in the past. Sorry to do it once again, but I must salute their customer service. ESET is a large company with 1300 employees and around 580 million in revenue. They are headquartered in Bratislava with their U.S. headquarters in San Diego. You would think a company of this size would send support seekers down a “your call is important to us” wormhole, but that is not the case. When you call or chat with ESET, you can typically talk with a tech very quickly. They often resolve my issue or answer my question within five minutes of reaching out. Do they always fix the problem on the first call? No, but I have never been told that I will be contacted by subsequent tiers of support and that not actually occur.

What does this do for me? I don’t dread the call to ESET support. I do not hesitate to reach out, potentially spinning my wheels on a problem, for fear of the level of service I will receive. They have made me feel important and respected, no matter the silliness of the topic I produce. It would have taken one second on the first call I had with ESET to sour their reputation and defeat any future process or partnership with our company. It only takes one sentence for you to annihilate or cultivate a valuable relationship with your client.

Take away this, if nothing else: You are the voice of your company. How you present yourself, how the employees represent the company, is the ONLY thing you are selling. A more superior product has never and will never be developed.