Magellan & Me: Circumnavigating the World for Data, Democracy and BBQ

Magellan & Me: Circumnavigating the World for Data, Democracy and BBQ 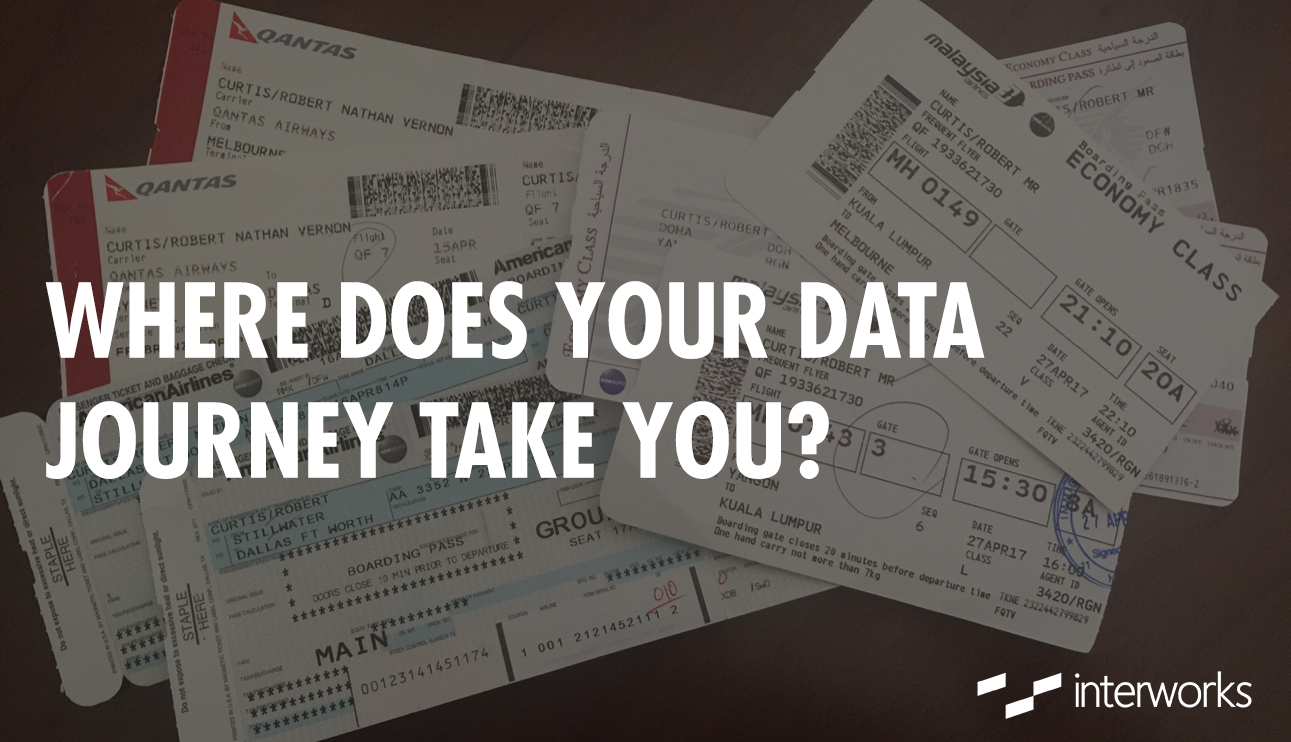 Where am I going with this?

In April 2017, a series of events brought forth my own Magellan expedition: to completely encircle the earth within two weeks. I needed to go back to the home base of InterWorks in the USA as well as venture over to Myanmar on behalf of the Tableau Foundation. My quest was varied in its objectives, some very noble (democracy) and some perhaps a bit more earthly (BBQ!).

It was my first time to undertake such an endeavor and I was highly committed to not share in the same fate as old Magellan.

My mother-in-law is Catholic. No, that’s not accurate. My mother-in-law is SUPER Catholic. So, whenever and wherever I travel, she insists that I take a scapular. It’s a legacy of the medieval church and the idea of saintly relics. The scapular that mum bestowed upon me is meant to protect me and provide for a safe return. Even as an Atheist, I’m not above taking whatever good mojo can be afforded. Eat that, Magellan.

With my safety now fully guaranteed by the #1 Catholic in the world, I set upon my global quest and the many adventures along the way.

These types of journeys always start with a lump in the throat and a twinge in the heart. My wife and all my babies (x4) were staying home on this one. So, I gave them a cuddle with promises of presents on my return. As is our tradition, the entire family drove me to the airport for the goodbyes.

The first leg of the trip was a quick hop over to Sydney in New South Wales. A bad sign to start my quest: we were delayed two hours as the plane was experiencing mechanical difficulties. Others were angry, but not me. That’s probably the one instance when I say, “Take all the time you need. I’m happy to wait until the engines won’t fly off the wing.”

I opted to fly into the USA a day early. I have quite a few close friends in Dallas. One of those is Johnnie Hurns, the InterWorks COO. Johnnie and I have been besties since 1992 – junior high, high school, college, all the way to now. As classmates, soccer teammates, roommates and co-workers at two different jobs, we’ve seen it and done it all.

(No, I will not share stories of our trip to Cancun for Spring Break 2000.)

Seeing Johnnie and going to dinner for yep, BBQ, gets me thinking about the InterWorks way. There are several folks that I have a 20+ year friendship with that work at InterWorks and several more that feel that way. Our company doesn’t feel like a firm. It feels like a family. That permeates every aspect of our consultancy, from the collaboration and mentorship, to the excellence and commitment, to the hilarious memes that keep popping up on Slack and Facebook.

Wow. What a week! It’s always nostalgic to come home. To see the changes to Stillwater over the last 20 years that I once knew so well. To see the construction site sitting where my grandmother’s house and majority of my childhood memories used to be. At the same time, it’s invigorating to see the small country town grow and blossom as Oklahoma State University continues to expand and excel.

This week was focused on our business-wide quarterly review. Folks from all over the country, and indeed the world, flew into Stillwater to share our successes and renew our company-wide vision. New York, Atlanta, Chicago, San Francisco, London, Germany, Portland and more. Big plans are in store for the remainder of 2017, but we’ll save those for another time.

What I do want to focus on is…food. Throughout the week, I had lunch meetings with various coworkers over yummy selections, such as traditional Tex-Mex, Japanese steamboat, Hideaway Pizza, as well as the legendary Eskimo Joe’s. At Joe’s, I got to introduce our own David Pires to cheese fries over beers, a college staple. Given that both Magellan and David are Portuguese, I believe it was rather apropos for my quest.

On Friday night, our fearless leader, Behfar Jahanshahi, invited the BI team to his home for a family dinner to cook together, share some drinks and enjoy the merriment. I cooked my signature chicken congee. Afterwards, a few brave souls weathered the Oklahoma wind and rain to hop from bar to bar (or pub to pub for you Brits and Aussies), all the while keeping a close eye on Russell Westbrook and the OKC Thunder’s duel against the evil Houston Rockets.

(SPOILER: OKC won. Russ got a triple double. We went two-stepping and Rob imbibed a plethora of Flat Tires.)

On my final day, we had a company-wide barbecue. BBQ! Wall to wall slow-cooked meat drowned in a selection of hickory, mesquite and southwest sauces with all the accouterments that must also be present, such as potato salad, deviled eggs and more. It was, in fact, a BBQ competition where many worthy and noble competitors faced off in the culinary arena for eternal glory. On this day, Will Jones once again reigned supreme, but it’s fair to say we were all winners.

I also fulfilled my promise to the wifey and babies by filling my suitcase with all the Oklahoma State swag that I could fit.

To kick off my journey away from the InterWorks mothership, I had to catch a quick flight back to Dallas. Joining me on this leg of the journey was Ken McBride, another Oklahoman turned globetrotting data analyst. You’ll catch Ken in the Pacific Northwest doing rock star-like data stuff.

My bag sounded the alarm during the security check, probably due to the 30 Tableau USB drives in my bag. Ugh, the woes of being a trainer. I got…ahem…special attention from the security team. Thanks to Ken, this moment will forever be preserved.

After 15 hours, I touched down in Doha, Qatar at the Hamad International Airport. My stay in the Middle East was only to be about three hours long. After walking around the airport, I had to master the highly complex calculus of where to set up shop for my stay. The variables included: access to power to recharge my phone, laptop, Apple watch; what type of food was being served; proximity to the bathroom; and, preferably, coffee.

Burger King won the day. I’m not proud to say it, but they had easily accessible power and that overshadowed the potential for cardiac arrest.

I found the airport segregated most functions into male and female. Of course, we in the West segregate some necessities (i.e. bathrooms), but in Qatar these include “personal areas.” I took a peek into the men’s personal area and there were just a bunch of dudes reclining and watching soccer on their laptops.

Did Qatar create an airport man cave? I must admit…I was kinda impressed. 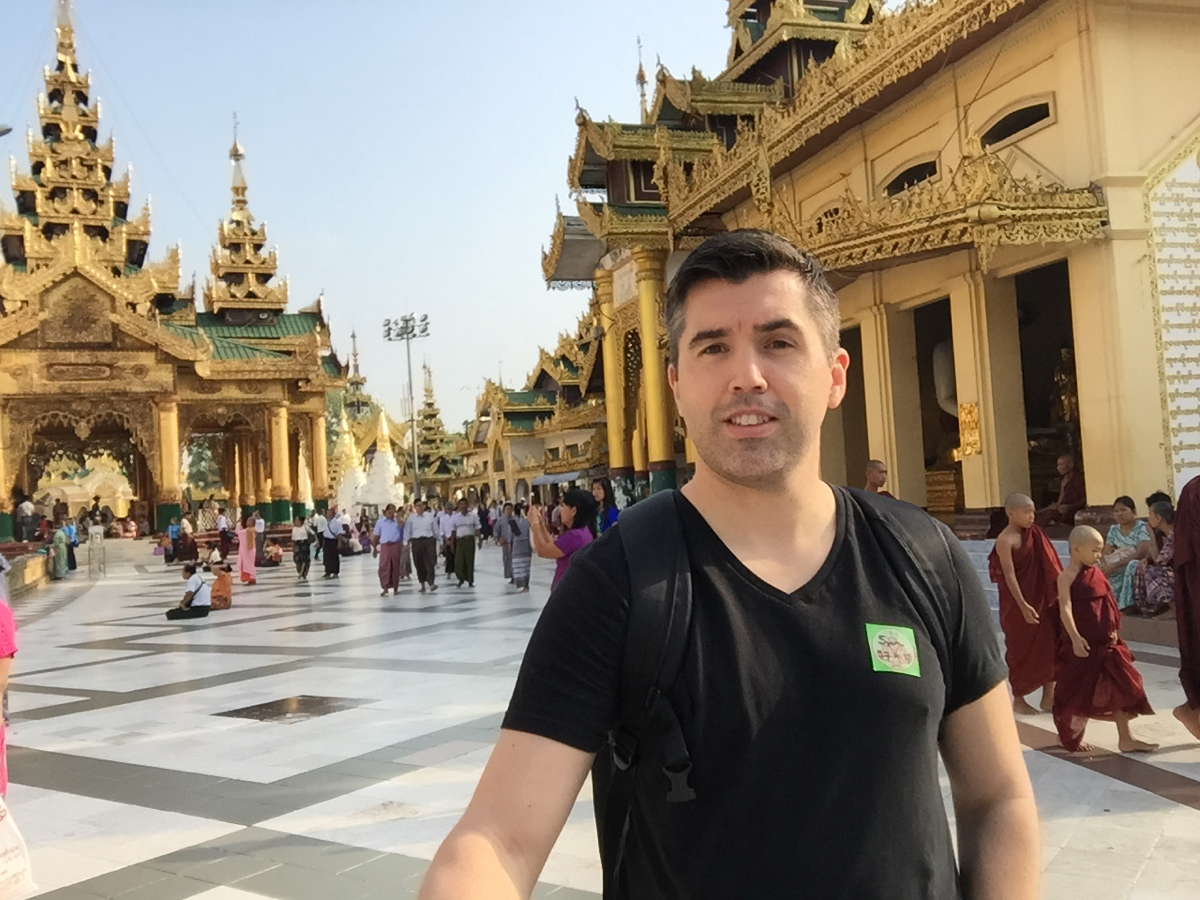 Back on the plane for another six hours in the air. Myanmar, formerly Burma, is perhaps best known in the United States as the location of Rambo’s final movie. The military dictatorship that was there was brutal and the civil wars that have rocked the country since the downfall have been just as bloody. It took some long conversations with my wife to convince her that this one was safe. Yangon on the southern coast was stable. I’d be shepherded and guided by locals. Ultimately, she gave me the green light and this quest was set in motion.

I was there as part of a joint initiative with the Tableau Foundation and the University of Washington to help train public officials and NGOs in advanced data analytics. This is a part of a program called Data for Democracy. What could be a more noble cause in doing whatever part I could to help a newly freed people in their efforts of self-determination and open government? I’ll save the details of that part of this quest for a separate blog article. It would be a disservice to that initiative to include just a few sentences here.

Another brief spell in a foreign port. This is not my first time in KL. I taught here earlier in the year, so I was quite happy to track down the Starbucks and drink the local version of a chai latte while recharging my laptop at the exact same spot that I did three months ago.

The final flight home was another doozy – eight hours. Maximum fatigue, please! And just in time for my return, North Korea threatened nuclear annihilation of Australia if we continued lockstep with the United States. The Aussies, true to their nature, spent the week wringing their hands in angst…over footy scores. That’s true blue, mate.

I started this adventure unable to sleep a wink on a plane. Now? I slept like a rock for the entire flight, so much so that I missed all of the snacks and drinks. Probably for the best – I’m gonna need a cleanse after two weeks of airplane food.

Finally, I am back in the home office of IW ANZ with my quest successfully completed. The same can’t be said of Magellan. He never made it. Magellan’s crew took more than two years to circle the globe. I did it in just two weeks…and I sure as hell ate heaps more BBQ than they did.