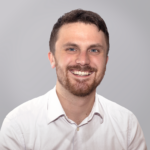 Tableau 10 is coming. The U.S. roadshow is already having quite some buzz. The European Roadshow is about to kick-off. What is new in Tableau 10? The list of new features is long. The community excited … so it seems. But were the wishes of the community heard?

We are all loving Tableau for its core competency: elegant visualisations of any type of data. Tableau shines in that regard. But is that all? Tableau’s dev task is to grow in the enterprise world, without losing the strong community aspect of course. The democratisation of data analysis needs to be scalable and at scale IT needs to control security and infrastructure. I agree with Surya Mukherjee, that Tableau can safely be recommended to large enterprises. Tableau’s active community posts enough ideas on how to improve the already lovely piece of software. Furthermore, the community can vote and discuss your idea. The engagement is great. About 4356 ideas have made it to the board. On a small sample of the Top 200 ideas per vote count, the average number of votes is 182. The average idea is viewed 11232 time and has 21 replies. What am trying to say? There is engagement. The community is interested and active in discussing new features. The interesting question looking at the major release of Tableau 10 is: Are the new features community driven? Is Tableau able to walk the thin line between community wishes and their own ideas of how the future of an enterprise ready Tableau looks like? With this question in mind, I set out taking the beta and comparing the features of the latest beta 4 and what the community is wishing for.

My personal favourite new feature? Cross data source join and in line with this the new cross data source filters. It was possible before. Using parameters. But as parameters are not dynamic and could only have a single value, their possibilities were limited. Things will change now. For the better:

Working with different data sources in a single view becomes drastically easier. So, is this a feature the community was looking for? Indeed it was. Several ideas are directly stated this feature. Others wished for workarounds like dynamic and multi-value parameters. Dynamic parameters would enable more than improving cross data source filtering, meaning that not all 1850 votes for dynamic parameters will be completely pleased. But the cross data source join is a much more elegant way to solve the filter issue:

Therefore, cross data source join and filter are the community most wanted features in Tableau 10. They are not the only features that came out of the community. One feature that was both popular in the community and improves Tableau Server from the admin’s perspective is the ability to subscribe other users’ to workbooks in Tableau Server. Before, each user had to subscribe themselves. The 330 votes for this idea will be happy about this feature and definitely approve it as a community wish. For an enterprise implementation, this is a feature that cannot be missed. At least 12 features in Tableau 10 are features that are directly or indirectly related to ideas from the community. That is an amazing score. Let us have a look at the other side of the balance. Which features make enterprise deployment even smoother?

For using Tableau at larger scale the new license reporting will come like a sake of heaven. Finally, the Tableau system admin in your organisation can quickly see which licenses are utilised by whom and which need to be renewed. This is not an idea I have found in the forum, but it’s definitely helping Tableau implementations at scale. The improved revision history is also a major PLUS for larger scale Tableau deployments. Instead of downloading to Tableau Desktop and then pushing back the revised version, now you can go back in time with a single click – directly in Tableau Server. A more strategic feature is the enhanced web editing. Although the community had a couple of ideas with a couple of votes, the web authoring was greatly enhanced. It is not replacing the Desktop version yet; but with the new possibilities for blending data and creating dashboards, Tableau is moving in a certain direction. A browser-based Tableau version plays into more corporate hand. As version control, licensing and software enablement can easily be enabled by IT.

Overall, it appears that Tableau is indeed listening to the community. Tableau is setting a fast development pace of one major and three minor releases per year. So, it keeps evolving. Customer or community ideas are nice as they give Tableau inspiration on what the customer wants. On the other hand, Tableau should be a product delivering something I did not know I wanted. Some of the features were absolutely necessary and awaited. Some deliver solutions that the community voted on. Other features give a glimpse which direction Tableau will take in the future. As stated here, “land and expand” will soon be over. Tableau is enterprise ready. More and more features underline this. If you are interested in getting your hands on the exciting new features of Tableau 10, visit us on one of our Tableau 10 workshops! You can meet us in several cities. Click on a suitable location below and secure your seat.

Regional Director, DACH & BENELUX
LinkedIn
What Makes Good Analytics: Vision and Direction Vision and direction – top leadership needs to give a sense to everyone what has value, what has no value, what is the roadmap and how ...
InterWorks Trains the Next Generation of Data Analysts As alumni of Maastricht University, we love to go back and contribute to the learning path of students. Therefore, Raphael and I were ...