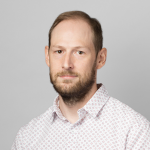 ShoreTel, which is our current VoIP phone system we use and recommend for our clients, publicly released a new revision.  ShoreTel 10.1 was released with updates and a few new system features.  These include; Priority Paging, Malicious Call Trace ( ETSI-Based ) and expanded MCM phone support.

Priority Pagaing, expands on the already available feature “Barge In.”  This setting allows a manager or other user to literally barge in and notify a specific paging group of an important message.  If the user is on a call, it will place the call on hold and forced barge in call is played so that a user does not miss a potentially important message.

Malicious Call Trace, is completely new to ShoreTel.  This feature allows users to flag any in/outbound calls as malicious.  This enables the user to have a trace put on that call using the public network.  The downside this is currently only available for a limited amount of switches: ShoreTel 30BRI, 90BRI, and 90BRIv.  This is because the feature only works with ETSI ISDN BRI trunks.

Mobile Call Manager, numerous devices have been supported in the past by MCM, however some popular models have never been covered.  One popular model added to this build is the complete series of Blackberry Curve models.  MCM simply lets you use many of your favorite features of PCM on your hand held phone.  Features available are; Voicemail, Call History and changing your call handling modes.

Wrapping things up, these are only a few of the new additions to the ShoreTel system.  Current clients running anything below 9.2 should definitely think about upgrading to at least that mark.  ShoreTel 10.1 would be the best version to upgrade to, however, 9.2 addressed numerous bugs that earlier versions were plagued with.

Systems Engineer
ShoreTel – New 10.1 update ShoreTel, which is our current VoIP phone system we use and recommend for our clients, publicly released a new revision.  ShoreTel 10.1 ...