Although installing the Hyper-V Role is straightforward on a new system, I have seen couple of scenarios where the Hyper-V role will fail on installation. Scenario conditions are outlined below:

The fix that worked for us was to open up a Command Prompt and select Run As Administrator (or create a batch file and run as an administrator) with the following text. 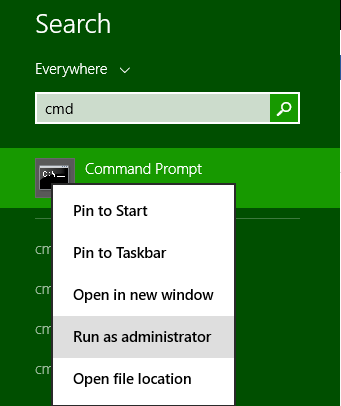 After the commands above have been executed, the following should now run successfully:

Note: There are several people on Microsoft’s forums that have said installing a fresh copy of Windows 2012R2 also fixes the issue; however, I have not verified this claim.