Battle of the Web Browsers – Who Uses Less Memory?

Battle of the Web Browsers – Who Uses Less Memory? 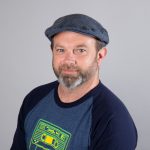 Within our group of web developers, we regularly review how a website will render across all web browsers to ensure everyone gets an equal experience. Of course, everyone has their favorites and everyone enjoys complaining about all the others.

At work, I typically use Chrome or Firefox as I like the simplicity of Chrome and the add-ons of Firefox…so it just depends on what Im doing at the time. However, my work PC is fairly powerful so I do not have to consider the ‘weight’ of a browser.

This is different at home.

Our desktop computer that sits in our home office is older than my kids – I bought this beast to move into the new millenium. That said, it is a work horse that simply will not die…and I am someone that cannot throw away anything that works, even if it is seriously limping.

This brings me to my post: What browser is the lightest, using the least amount of precious memory as it does its basic functions? I was surprised with what I found.

To test this, I decided to use two scenarios:

The idea was to test the most basic operation first, then test with slightly more memory being burned through intense javascript use.

I chose the major players in the browser game, knowing that some of the others arent known for being lighter and generally command less mainstream respect anyway.  I used:

Those of you unfamiliar with K-Meleon should be told in advance that it will win this test, hands down.  If uyou have an old, slow machine that runs Windows – you should run K-Meleon.  It uses the same layout engine as Firefox (Gecko), but uses the native Windows API for the user interface.  This results in a much lighter browser as it doesnt require its own user ‘weight’.

Off To The Races

So, with all the contenders closed – the battle began.  Here were the results:

Of the ‘mainstream’ browsers, Internet Explorer was the clear winner.  Unexpected.  Of course, an argument could be made that IE uses some libraries or resources that are already running under Windows – but Im jsut comparing the data for entertainment purposes (sad, I know).

A few interesting things were found that I didnt expect, and that I am sure someone will chime in on:

Firefox, the cult-followed leader in the mainstream bracket, is the unrivaled hog.

IE has gotten significantly better at handling itself in the real world.  No more is IE the resource sucking hog just waiting to devour whatever you fed her.

Chrome looks good, but still isnt as light as IE in basic work.  However, Id guess that a resource intensive web application would still run best under this browser.

Those conclusions noted, I think the main thing we learned today is that Dalton had some free time this morning that probably could have been better spent in any number of endeavors.  Next time, I’m going to ride my bicycle or blog about Twitter.

Global Director of Strategic Communications
Twitter
Google+
LinkedIn
Why Would a Technology Consulting Company Ride 450 Miles in the Oklahoma Heat? With Oklahoma’s cold winter behind us and that magical handful of spring days steaming off into our memories, we settle into the ...
What is #datavision? Here at InterWorks Marketing, we work hard to prepare for the largest Tableau community event of the year. If you’ve seen us at the ...