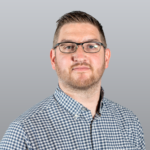 Week two of the RBS 6 Nations Championship is now in the books. 3 excellent matches were scheduled over this past weekend, with the highlight expected to be the highly billed championship decider in Dublin between Ireland and England.

The first match taking place on week 2 has the Scots hosting the Italians at Murrayfield.  The Scots, coming off a dismal second half performance against England in the Calcutta Cup in week 1, had revenge in mind after falling at the hands of the Italians last year in the Stadio Olimpico.  That subsequent defeat relegating Scotland to last place in the table and receiving the Wooden Spoon for their efforts.

Second match of the weekend sees Wales travel to Paris to meet a French team in disarray.  With little possibility of winning the championship after both experiencing defeats in week 1, this game is about team rebuilding with a lot of pride at stake.  The Welsh, having not won a game in 8 consecutive outings need to get the monkey off their back if they want to return as a force to be reckoned with. As for the French, who didn’t really turn up in Rome, are out to show they are still one of the teams to beat…. as well as trying to quell any ideas that the French National Side is breaking at the seams after years of dominant performances.

Any real hopes of a Grand Slam in 2013 rest on a young English side, or a determined old school Irish side as we turn to Game 3.  Ireland return home to the Aviva Stadium after a good win against the Welsh last weekend in Cardiff. Hoping to build on this success, they are hoping to deny the travelling English a win yet again with the last England win in Dublin almost a decade ago.  England are hoping to take their game further with a young back line determined to make a statement of intent.  A keenly contested forward battle is expected with the match winner expecting to be crowned 6 nations champions come March.

All results can now be viewed within the updated Vizualisation. I have also added a results field and yellow card feature for all matches. Further Analysis to follow.

After selecting your game of choice, feel free to select or hover over the icons within the Scoring Information Table for Player and Points Scored Analysis.

Analytics Lead
LinkedIn
Embedding Tableau in Salesforce with the Lightning Web Component Since Salesforce purchased Tableau in August last year, the Tableau community has been waiting with bated breath for news about how the ...
The Tableau Performance Checklist: Dashboard Layout – Fix Dashboard Size In our last guideline, we’ll revisit another tip on how your dashboard’s layout can impact performance: “Fix dashboard size ...