Intro to Numeric Configuration of Privileges in Linux

Intro to Numeric Configuration of Privileges in Linux 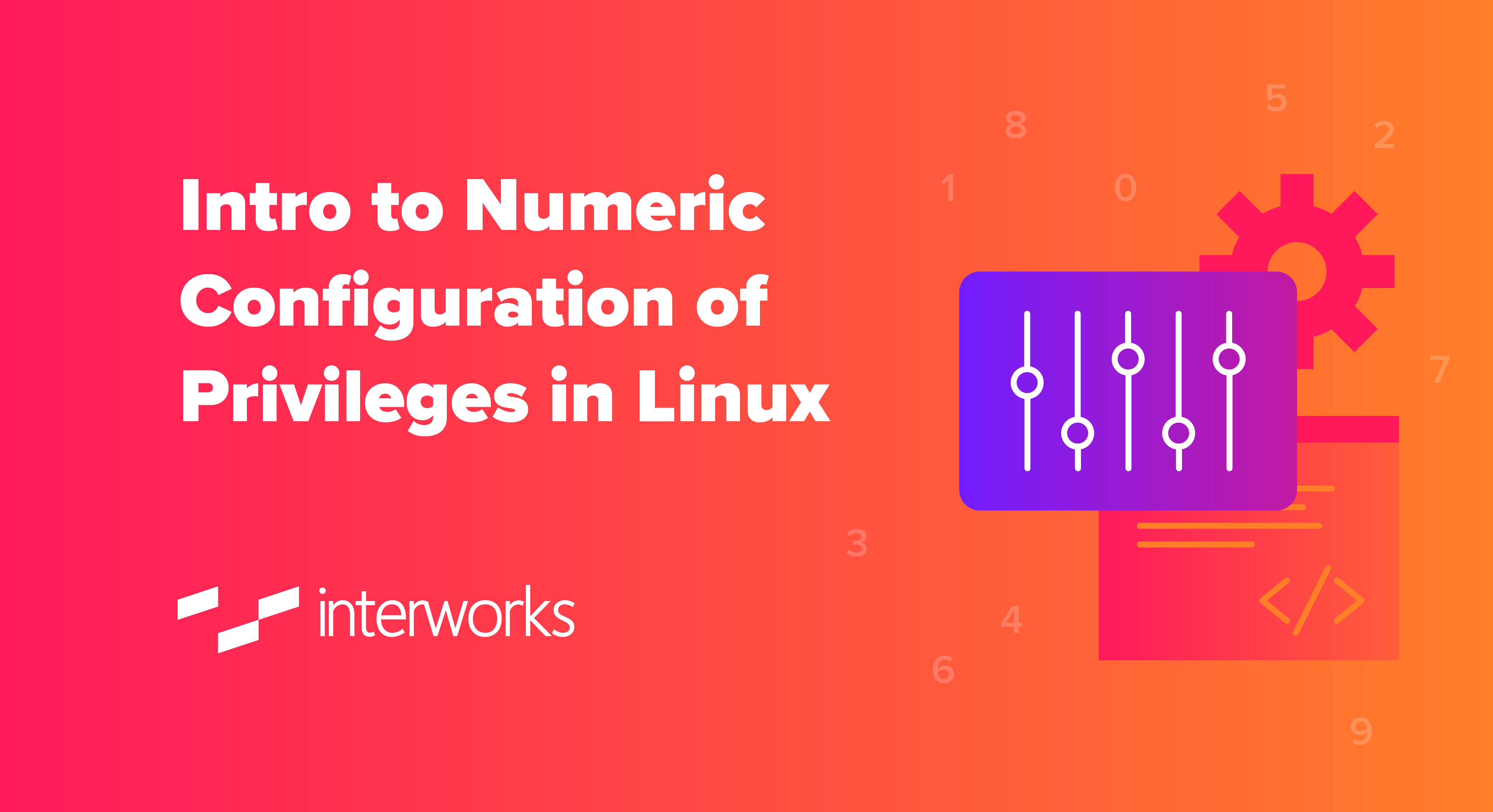 There are several ways to set permissions on folders in a Linux machine. Many Linux experts with far more knowledge than myself have already created tons of online resources to discuss this topic, so this is just a quick overview of configuring privileges to directories and files numerically with three digits.

Every directory/file in Linux has three possible privileges:

Every directory/file in Linux also has three different sets of users for which privileges can be granted:

When we run the ls -l command in Linux, we can see the current permissions for each file/subdirectory, along with the current owner and group. Here is an example output:

Let’s break this output into a clearer table and add some headers:

On the far left side of the output, we can see a string similar to the following for each of our directories/files:

This looks confusing, but it is actually quite simple to read. Firstly, the d simply means that this is a directory, not a file. Notice how all of the files in our output start with a – instead. Lastly, the . at the end can be ignored for the sake of this quick intro.

To explain this in more detail, I have broken our examples out in the following table:

We have seen here that users can have read/write/execute access in any combination from rwx to —. We can instead think of this as three potential true/false options, represented by one (1) when true and zero (0) when false:

We can now convert our previous privileges text into binary. Let’s use drwxr-xr–. as an example. Remember that the first number indicates “true” that the object is a directory, and we are ignoring the final period (.) :

This gives us the following conversion for our original privileges text of drwxr-xr–:

Another way of saying this is that privileges on a directory/file in Linux can be considered with the following seven numbers:

If you prefer, you can forget the binary side of things and just remember the following three numbers:

You can then make any other combination required by simply adding these numbers together. For example, if we want to grant permissions to both Read and eXecute, the decimal is 4 + 1, totaling 5.

I prefer to show how we get here through the binary, but the outcome is the same if you prefer to simply refer to the decimals list or the below table directly.

We can now convert our previous permissions table into decimal:

This quick intro to numerically configuring privileges is nearly over. Fortunately, the end is nice and simple once we understand how to interpret privileges numerically from the previous section.

We can use the chmod command to change the privileges for a file or directory. The command is chmod because we are actually changing the “mode” of the object (if you are curious about the name); however, I just think of it as changes to the access privileges. To use this command, provide the intended permissions in a decimal format, followed by the directory/file that you wish to modify.

For example, we could use the following command to prevent anybody other than a file’s owner from interacting with it at all, whilst also granting full permissions to the owner:

Here is one final table to show how permissions were granted to each of our example directories and files:

And so concludes this quick introduction to numerically configuring privileges in Linux!

Connect to Unix/Linux over SSH via Matillion Bash Component
SSH Key & Password Storage Recommendations for Secure Scripting in Matillion
How to Access a Linux Virtual Machine via SSH from Windows
How to Enable SSH Commands in Windows
Put to the Test: Is Windows or Linux Faster?

Data Architect
LinkedIn
Using Azure App Settings to Authenticate Snowflake with Python Earlier this month, my colleague Jason Hoehn published the following article: Intro to Azure Functions and Snowpark: Populating ...
Automated Ingestion from Azure Storage into Snowflake via Snowpipe If you wish to automatically stream/ingest data from an Azure Storage container into Snowflake, using native functionality, you will ...