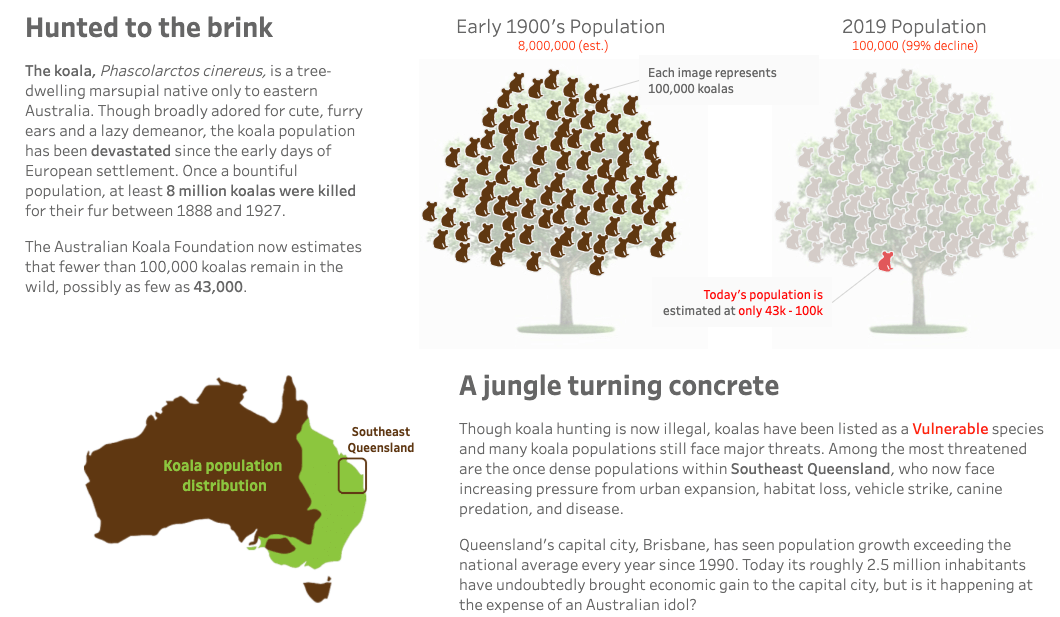 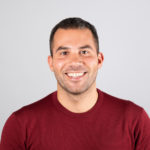 A diverse abundance of wildlife is as quintessentially Australian as Crocodile Dundee’s giant knife or Men at Work telling you to run for cover. During my recent move Down Under from New York, my mother catalogued all the snakes, spiders, sharks and crocodiles that kill for sport, but that isn’t what I mean. Though she’s not entirely off base, I prefer to focus on friendlier Australian icons like the kangaroo and koala.

Upon arrival in Australia, it doesn’t take long to see that kangaroos run rampant. It’s estimated that there are twice as many kangaroos as people in Australia, and they are commonly seen as pests. On the other hand, despite widespread adoration, historically exploited koala populations continue to face a grim trajectory. Take a glance at some of the troubling stats below, and check out the links at the bottom to see how you can help!

Analytics Consultant
Fall of the Queensland Koala Data Viz A diverse abundance of wildlife is as quintessentially Australian as Crocodile Dundee’s giant knife or Men at Work telling you to run ...