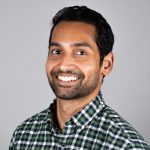 On June 12, 2019, the St. Louis Blues won their first-ever Stanley Cup title. For a franchise who has been suffering for over 50 years, this felt like an eternity. There were chances to win it all early when the Blues were introduced to the NHL, but since then, there have been many playoff berths with little to show for them. Luckily, this season broke the mold. They struggled early on with a roster that seemed better than their record. After some shaking up of the coaching staff and goaltending, a team that could contend was born.

As a long-suffering Blues fan, I was skeptical. I have seen this type of heartbreak before; a great regular season followed by a first-round exit. This team proved me wrong in 2016 by reaching the Western Conference Finals, a feat I had not seen in over 15 years. After splitting the first four games of the series against Winnipeg, I was concerned; we had lost several series after leading 2-0.

A Team Prepped for a Comeback

This was different; this team was different because they learned from previous years and knew how to bounce back. Down 2-0 heading into the third period in a pivotal game 5, that resiliency would show up all postseason. The Blues scored three in the third to win and bring a series-clinching game back home.

The following series would be one that is familiar—another divisional opponent, another playoff foe. This series would go back and forth, putting the Blues in their only must-win situation. As they had in the previous series, they would win game 6 and set up a series-clinching game in St. Louis.

Game 7. The most iconic of events in all of sports. I had the chance to stressfully watch this game unfold at a local Blues bar in Chicago. After two overtimes and several near goals, I could finally rest easy as St. Louisan Pat Maroon would put in the game winner to send the Blues to the Western Conference Finals against a familiar opponent: the San Jose Sharks.

This rematch was a few years in the making. The last time these two met was a dominant performance from the Sharks winning in six games. After a game 1 demolishing, I will be the first to admit I felt the panic set in, but I knew if we responded, we would be fine. That definitive response came after a no-call hand pass that led to an overtime victory for the Sharks in game 3. Players and fans alike were furious the referees missed such an egregious call, but the players put it past them and responded. In the next three games, the Blues would outplay the Sharks handily, led by unstoppable Jordan Binnington and offensive juggernaut Jaden Schwartz. After winning the series in six games, the Blues would be headed to the Stanley Cup, the first I had ever seen and their fourth appearance in franchise history.

Their opponent would be a familiar one: the Boston Bruins. The Bruins are responsible for one of the most iconic photos in all of hockey, and that moment happened to be against the Blues the last time they met in the Stanley Cup Final. Due to the recent sports past of St. Louis vs. Boston, I was rightfully nervous about this matchup.

With the amount of time Boston had off from sweeping their previous opponent, I was expecting us to steal game 1; unfortunately, that didn’t happen. All playoffs, the Blues were a different team on the road, and that didn’t change in game 2. Thanks to a blast from Carl Gunnarsson, the Blues would tie the series and win their first-ever Stanley Cup Final game.

The Blues would have a letdown in game 3 but recover in game 4. The next two games would be split with the Blues seemingly ruining their chances at winning a title after a rough game 6 at home, but they would have one more shot in game 7.

I remember reading an article from nhl.com with their writers predicting game 7. Nearly every writer predicted Boston would win. Luckily for me, they were all wrong as the Blues would dominate game 7 with Jordan Binnington playing the best game of his life.

The reality didn’t settle in until there was a minute to go and a flood of congratulations texts from all the friends that have seen me go through the ups and downs of being a Blues fan. I was on cloud nine, as was the rest of Blues nation.

We did it. It was all over. Stanley Cup Champions.

I knew immediately I would go crazy with getting merchandise and anything else to commemorate the event. Naturally, I wanted to mix the two things I enjoy the most: sports and data. This blog post is a dedication to the team that means so much to me and the city I am proud to be from; hopefully, the next one won’t take so long!