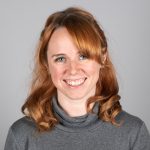 “Cats.” “Wicked.” “The Lion King.” “Hamilton.” Whether you’re a Broadway aficionado or you can’t stand the idea of someone randomly breaking into song and dance to explain their hardships and feelings (which there is also a musical about), you can’t go through life without at least hearing about musicals. I fall into the former category.

Since I was a small child, my mother has been taking me to see local productions of Broadway musicals and then finally, when I was 13, to see an actual production on Broadway in NYC. It began a long love affair which has resulted in me watching the Tony Awards religiously every year from my couch while gorging myself on Chinese food and wine. After this most recent awards season, I became curious about the winners and the theatres they come from. Are there some theatres that had more nominees than others? How about more winners than others?

While I may love watching the Tony Awards, I do not have all the nominees and winners memorized. Yet. Thankfully, Wikipedia has all this information stored for me. Using IMPORTHTML within Google Sheets, I can scrape the tables for every Tony Award since the first in 1947. My colleague, Raphael Teufel, recently created a dashboard and blog explaining the technique. However, there have been 71 Tony Awards. That’s quite a lot. To make this visualization a little less cluttered, I decided to visualize just the past 20 years and only look at five awards:

Being a more visual person, I wanted to be able to see the theatres on a map as opposed to just a list. Using the InterWorks’ Drawing Tool for Tableau, I was able to take an image of all Broadway’s theatres and create a custom polygon for each one. This a great way to make images clickable. Now, when you select a particular theater, you can filter the dashboard to only see the shows and awards pertaining to that theater. Now we’re displaying the theaters in a more interesting, visual way.

Enjoy exploring the world of the theatre and the Tony Awards! If this sparks an interest to you, I’ll see you in June for the 2018 Tony Awards. You bring the Chinese food, I’ll bring the wine.

Analytics Architect
LinkedIn
Meet InterWorks’ First Neuron: Rachel Kurtz Recently, Dataiku announced their 2022 class of Neurons—the highest performing and most passionate members of the Dataiku community. ...
Meet Dataiku, the Everyday AI Powerhouse for Your Data “The goal is to turn data into information and information into insight.” This quote from former Hewlett Packard CEO Carly Fiorina ...