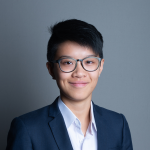 I was raised by a single mother. For many years, my mother was the sole breadwinner of the family. Though she worked hard to provide my brother and me with the best opportunities while growing up, she faced greater challenges as a woman than her male counterparts in the same industry and role.

Keeping in mind my mother’s story, I wanted to know the current gender pay gap situation in Australia. Taking Average Weekly Earnings data from the Australian Bureau of Statistics, I used full-time adult total earnings to map out the gender pay gap across Australia, our industries and sectors. From the charts, we can see, on average, women are still earning less than men, taking home $300 less each week.

The Australian Bureau of Statistics recently releasing data showing that the costs of living are increasing by an average of 2% a year (ABS, 2018). The $300 a week could go towards much-needed food, childcare, healthcare, education or better living conditions.

In Australia, we pride ourselves on supporting the underdog and providing an equal playing field. But with the gender pay gap reducing by less than 2% over the last seven years, more action needs to be taken to truly give every everyone a fair go. In the meantime, explore the Tableau visualisation below for more insight into the issue:

Analytics Consultant
Visualising the Gender Pay Gap Across Australia I was raised by a single mother. For many years, my mother was the sole breadwinner of the family. Though she worked hard to provide my ...