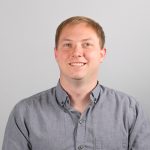 I grew up in Oklahoma, but I can’t claim to have felt an earthquake in the state until I moved back in 2014. A series of earthquakes in the last few weeks prompted me to find a data set and take a look in Tableau. I wanted to see how the number of earthquakes has changed over time and where they are occurring. Below is the viz I came up with, highlighting the change in earthquake frequency in 2015. Click through the tabs in the storyboard and mouse over the visuals to see why 2015 was a record year for earthquakes – even with a 600% drop in the number of earthquakes per month from June to December:

Analytics Consultant
The 2020 Gartner BI Magic Quadrant Visualized in Tableau Gartner has recently released the Magic BI Quadrant for 2020. As a refresher, this quadrant ranks the top platforms in BI according to ...
Basket Analysis Using Parameter Actions and LOD Calculations The initial request that led me to create this dashboard came from a client working in the sales department of a manufacturing company. ...