As Dave Sirey recently wrote about it, “Funnel charts are a great way to track progress through a workflow with multiple steps. They can highlight how well a process is being followed and easily identify any bottlenecks. You can even use table calculations to look at different ways to measure progress to each step (percent of total, percent change, etc.).”

Dave highlighted two ways of making funnel charts in that blog post (stepped and smooth), and I’d like throw in one more funnel chart that I recently used, which I’m calling the “shape funnel.” After that, I’d also like to discuss how I decide which one to use in a particular dashboard.

As I was recently working on a project, I had widely varying values in each of my tiers, but I didn’t want to see those relative differences. I just wanted to see each tier of the funnel (really, on my notepad I wrote “upside down pyramid”– you all get where I’m coming from).

So, I had an idea and opened up PowerPoint.

Yep. In PowerPoint, I created a “funnel” of sorts. I did this by adding in a triangle shape and then putting a rectangle on top where I wanted the first tier of my funnel to be. I duplicated that until I had the same number of rectangles as the number of tiers I wanted in my dashboard. After I figured this out, I actually created three different “funnels” with a different number of tiers. 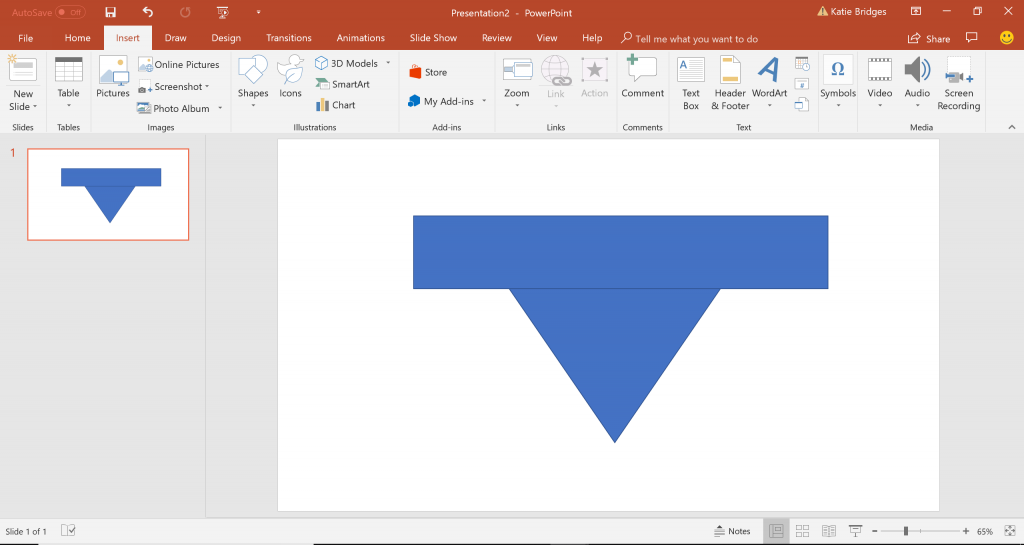 As you do this, you’ll want to make sure your rectangles are not overlapping. Next, in the Format pane of PowerPoint on the Shapes menu, you’ll see an icon that looks like a Venn diagram. Click that and select Fragment. You can see below what mine looks like: 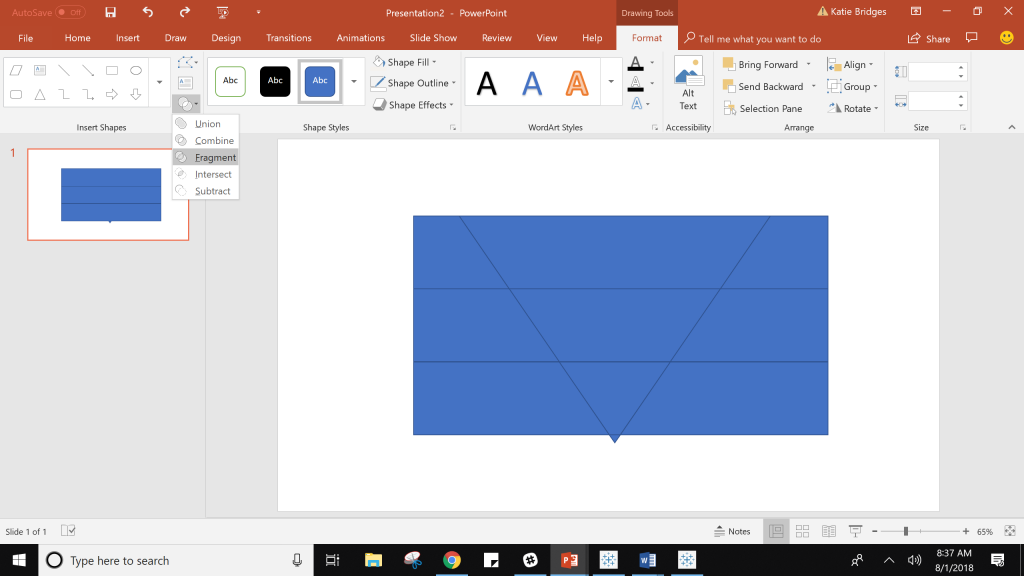 I then deleted the rectangle sides and combined the bottom tier with the triangle tip, so I was left with what looks like a funnel: 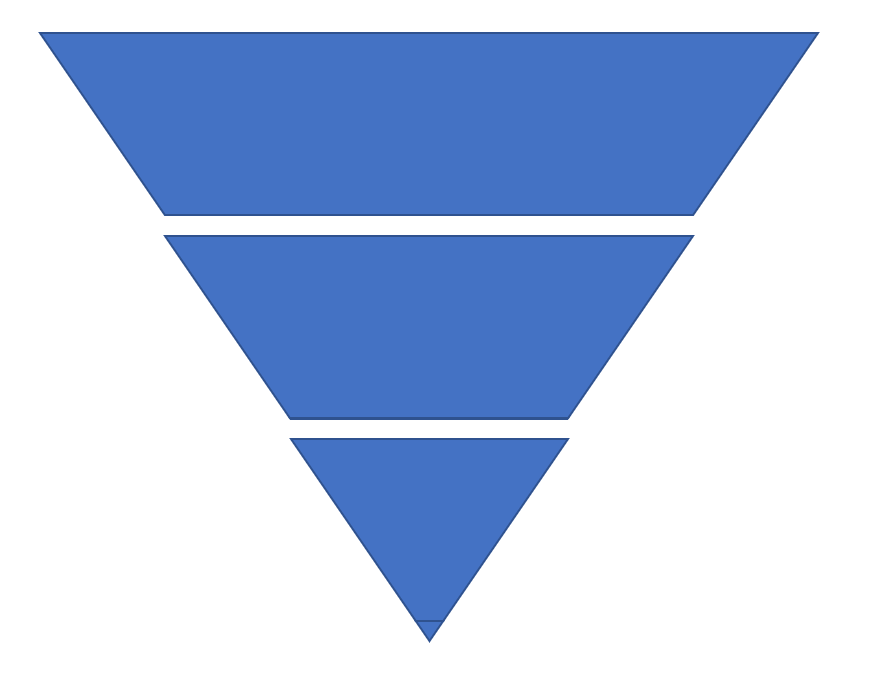 Next, save each of those pieces as a .png image in the Shapes folder in My Tableau Repository. Pro tip: Name them such that you’ll be able to know what each tier is in Tableau (I named the top tier “Tier 1,” all the way down to the bottom “Tier 3”). 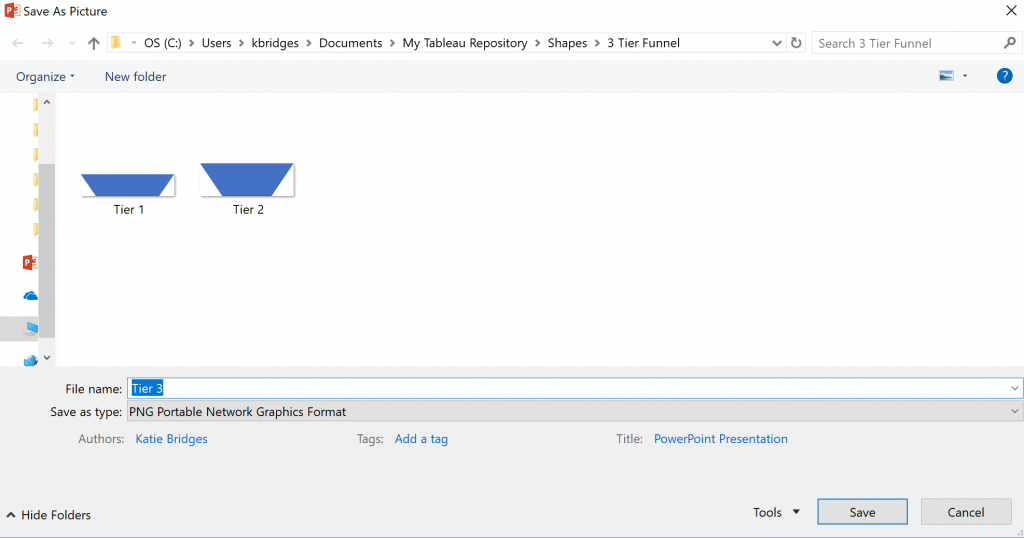 Now, Back to Tableau!

To do this, I used Measure Names/Measure Values to get these metrics set up as text. I also edited the aliases of my measures and did some label formatting (click on Label on the Marks card and then that ellipsis): 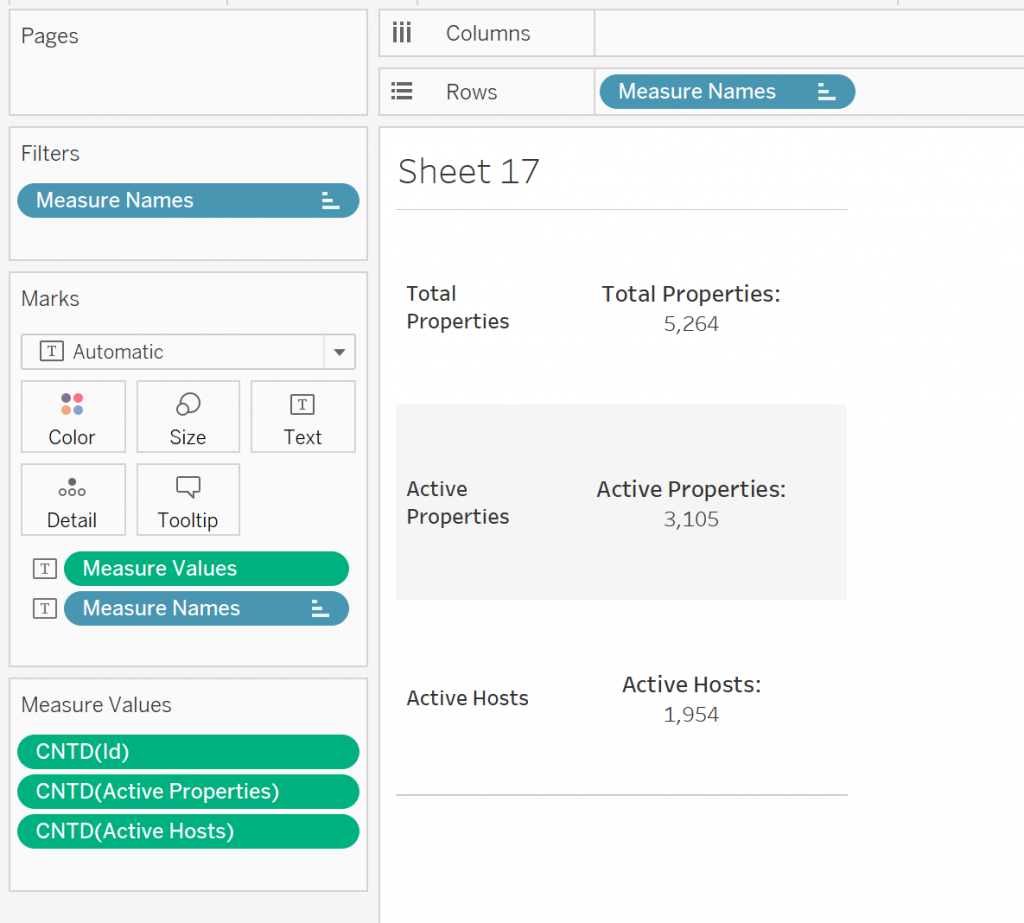 Alright, now time for the magic! Change the Mark type to Shape. Bring Measure Names to Shape, Color and Size. Change your shape palette to the tiers you made (if you don’t see them, make sure to click Reload shapes). 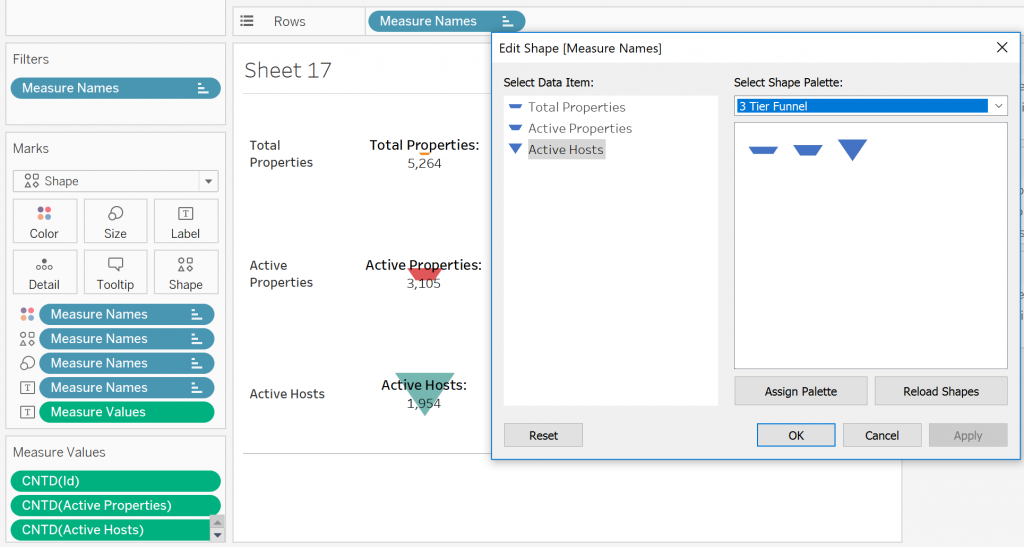 We’re almost there! You’ll notice our sizes are backward and the funnel isn’t sized quite right. On your Size legend, click on the top right-hand corner and choose Edit Shapes. Check the box for Reversed.

Next, click on Size on the Marks card and increase until you’re happy with the size of your funnel: 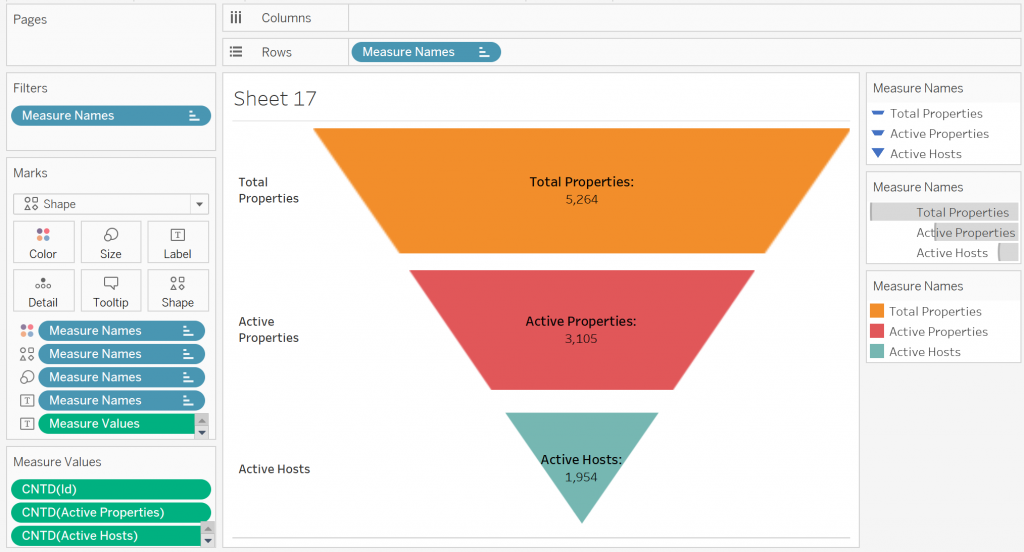 Now, I’m ready to use this sheet in a dashboard!

Which Funnel to Use?

You may be thinking: How do I know which of these three funnels (Dave’s stepped funnel, smooth funnel and the shape funnel above) do I use?! Nobody needs the anxiety of cereal shopping in their dashboard making (SO MANY OPTIONS!). Below are some of the questions you should consider before deciding on a particular funnel type:

Overall, all three of these funnels are awesome options. Now that you’ve got several to choose from, figure out which one best fits your use case and get to funnel making!