During a recent troubleshooting stint, a collegue of mine was scratching his head as to why a machine would not seem to boot. We were getting no POST codes (or boot beeps, or whatever you call them), no video, etc. We WERE getting lights on the motherboard, and the power supply fan, and other fans were spinning up. After some further investigation, he happened to take a closer look at the video card, and this is what he saw… 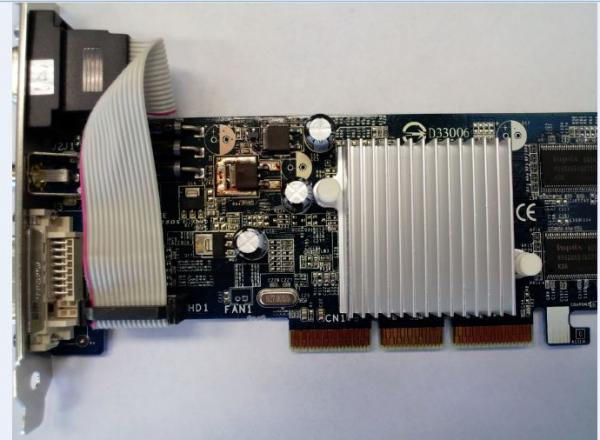 See anything wrong (and yes, card has been removed for easier troubleshooting). Don’t see it, ok, let’s zoom in a bit more…

How about now… Really, still don’t see it, Ok, let’s make it really obvious. We’ll zoom in a bit more… (see below) 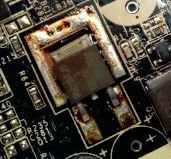 And there you have it. A fried transistor. These things are often soldered to the board for heat dissipation, but in this one’s case, that didn’t help. You can actually see the burnt solder. The  technician doing the work noticed a somewhat acrid smell (which usually means MB failure), but he started pulling components, and noticed the backside of the video card had some discoloration, flipped it over, and saw the image above.

So kudo’s to Brian for finding this. He swapped in a new video card, and the system powered up without issue.  Goes to show, attention to detail can really make the difference sometimes when your troubleshooting PC’s. Luckily, in this case, whatever caused the problem with the video card didn’t fry the entire system, but this would be a good indication that you should look at your fans to see if any are malfunctioning.

Notice the spots by the L2 and L4 solder points (middle of picture), and how they look almost melted. These were likely diodes designed to do just this to avoid destroying the entire computer if a voltage spoke hit. 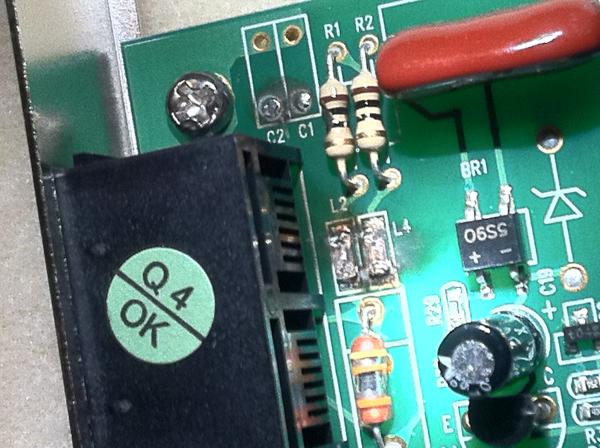