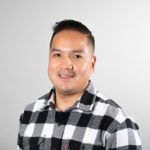 The College Football Playoffs have come and gone. With Alabama’s hard-fought win, I reminisced how their season progressed as well as seasons past. After scouring various sites and blogs, piecing together each champion’s story as well as their challenger’s, I came up with an interactive visual to showcase each team’s road to glory.

For the 2015/16 season, #7 (preseason) Alabama lingered in the Top 10* despite losing to #1 Ole Miss in week 3. In contrast, ACC darling #20 (preseason) Clemson charged undefeated before losing to perennial National Champion Alabama in the final round of College Football Playoffs.

Statistically, Alabama was poised to win it all based on defensive and special teams efficiency, but statistics alone cannot truly predict each season’s National Champion. Recall the 2014/15 season where #14 (preseason) Ohio State defeated top-ranked #2 (preseason) Oregon to claim the National Championship despite lagging behind Oregon in terms of offense, defense and special teams.

As we eagerly await the 2016/17 season and make bold predictions as to which teams will claim victory (Go Hogs!), it’s become abundantly clear that each season is vastly different than the last. And with the advent of the Playoff Selection Committee, accurate predictions become almost impossible. But impossible or not, it is with much debate and hoopla that fans and journalists alike revel in the months leading up to January of each year; where we can all agree to disagree that our respective Alma Mater is bound for the College Football Playoffs.

Delivery Architect
Tableau’s New Data Model: Physical vs. Logical Data Sources With the recent release of Tableau Desktop 2020.2 came the introduction of a brand-new data model. In versions prior to 2020.2, users ...
Alteryx Tool Spotlight: Compare Values Across N Groups with Dynamic Replace Imagine you are supplied financials from multiple vendors and have the wonderful task of comparing them to each other? With two ...