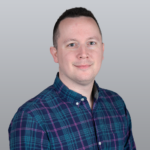 When historians look back on the 20th Century, it can be summed up best by four major milestones:

All of these are truly remarkable feats, but I’ll be talking about only one of these today

“Star Wars” first hit the screen. The “Star Wars” saga is largely considered one of the best (if not the most well-known) pieces of science fiction ever created. The original three movies set a new standard for visual effects and captivated audiences like no science fiction movie before it. Of course Star Wars wasn’t merely successful on the screen. Like all good pieces of fiction, it created an engaging world that left people hungry for more. Clever marketers capitalized on this, unleashing a wave of spin-offs, novels, board games, computer games, fan clubs, plastic lightsabers and Darth Vader bobble heads. You name it, there’s a Star Wars version of it. In that sense, Star Wars created something few movies do: a legacy.

Born in 1989, I never experienced the original “Star Wars” series in its proper time. Instead, my generation received the prequels. Of course, my friends and I were all too familiar with the original “Star Wars” films. After all, they were classics and actually held up fairly well. We enjoyed the films and were excited that we would get to see more, only this time with the dazzling special effects of 1999. I remember the opening night well. Even in my hometown of Woodward, Oklahoma – a town of around 12,000 and the biggest thing in a nine county area – we had a midnight premiere of “The Phantom Menace.” My house was about 100 yards from the movie theater, so I went with my older brother and some of his friends to see the movie. I was blown away and looked at “Star Wars” with an entirely new and awestruck perspective. More movies followed, I became more enamored, and the franchise captured yet another generation. That said, like many “Star Wars” purists, I actually prefer the originals. 😉

But enough history. We all know “Star Wars” or are at least aware of it. Most of us also know that “Episode 7: The Force Awakens” comes to theaters this Friday. I’m absolutely stoked, and I’m sure many of you feel the same. To celebrate in my own way, I decided to create an interactive data viz using Tableau Desktop and some box office numbers. In fact, this is the first real viz I’ve ever created. A big thanks to Dustin Wyers, Will Jones, Katie Fontenot and Jimmy Steinmetz for helping me to “Tableau” better. Also, a special thanks to Jacob Niebergall for some design assistance and to Tanner Ladd for the original idea!

Breaking Down the Viz

The idea behind this viz was to look at some of the box office numbers behind every “Star Wars” film to date. Specifically, I wanted to see which films did the best and how they stacked up against each other. There are four categories:

Of course, looking at the original numbers may not be the most accurate way to compare these films. After all, the prequels came out nearly two decades after “Return of the Jedi” – the final installment of the original trilogy. Obviously, the value of the dollar has changed drastically since then thanks to cumulative (or compounding) inflation. It only makes sense that if we want to compare these movies on an even keel, we need to adjust that inflation over time. So, that’s what I did! First, I obtained all the original numbers used to create my data set from here. Then, I plugged those numbers into this handy dandy CPI Inflation Calculator to get my adjusted amount.

The original numbers are shown via the the blue bars, while the numbers adjusted for inflation are shown via the red bars. It’s important to note that the Worldwide Box Office category was not adjusted for inflation. I couldn’t even begin to work out those numbers, so they’re left intentionally blank. Also, since “The Force Awakens” has yet to hit theaters, there is no data for it in any category except Budget. That said, many are pegging this film to be the most successful yet in series. Bloomberg is predicting around $1.65 billion in international box office sales, which would definitely do the trick.

In the meantime, take a look at all the numbers from the previous movies below, and may the Force be with you: