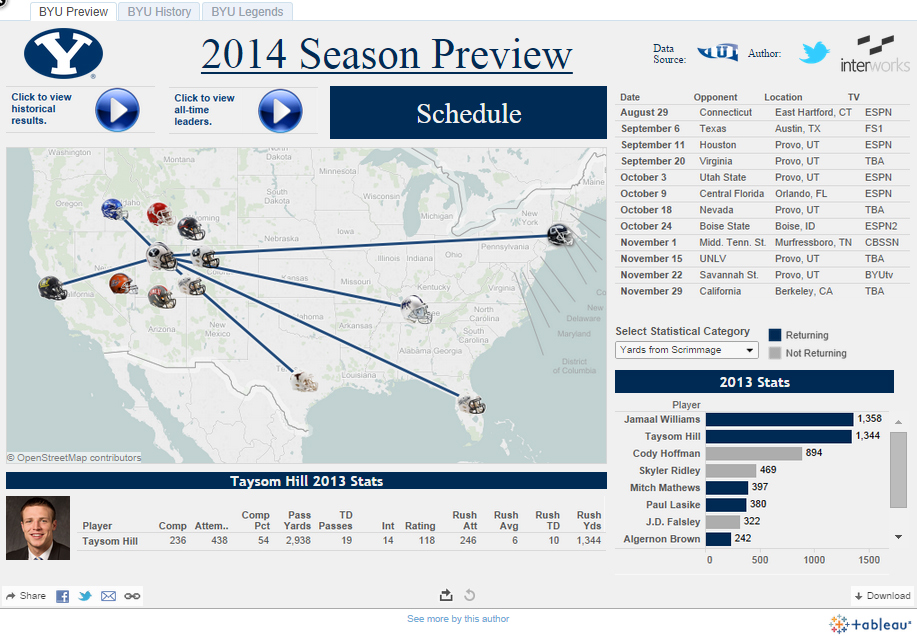 If you’re a sports fan like me, the next month can be one of the longest of the year. The World Cup and NBA Finals are over, the British Open just ended, and the baseball playoffs have not yet started. Thus, we are left with a long month of waiting for the college football season to arrive.

The second school I will be previewing is Brigham Young University, my alma mater. There is a lot of excitement in Provo, Utah, due to the fact that the Cougars return a lot of star power on offense to go with what has been a stout defense over the past few seasons.

BYU will be racking up the frequent flier miles with games in seven states, including: Connecticut, Florida, Texas and California. Assuming the Cougars qualify for the inaugural Miami Beach Bowl at the end of the season, they will have traveled a total of 18,900 miles.

To build this preview, I first pulled data down from: http://www.sports-reference.com/cfb/. Then, I got to work building the charts that I thought would be the most interesting. In the preview, you will find three dashboards: