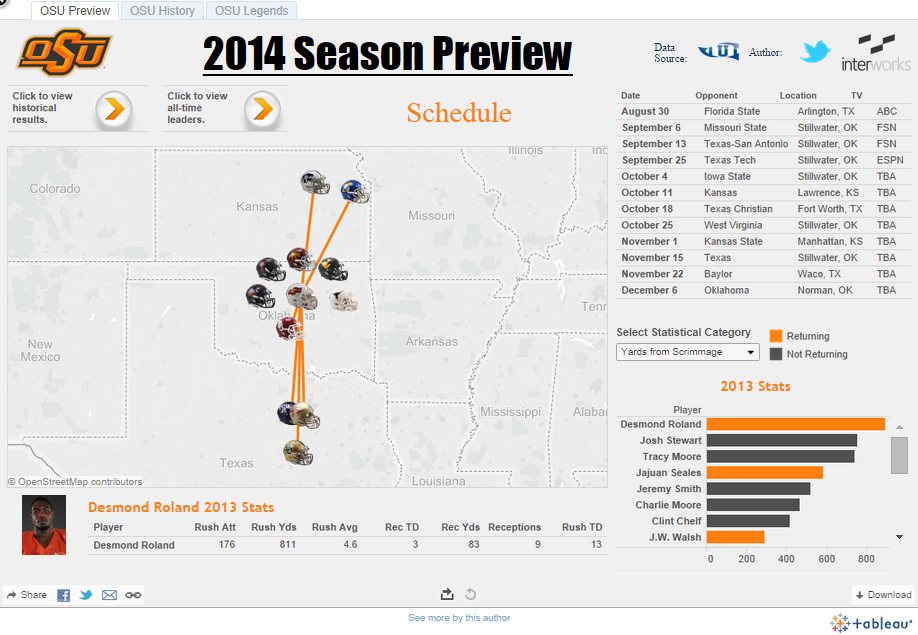 If you’re a sports fan like me, the next month can be one of the longest of the year. The World Cup and NBA Finals are over, the British Open just ended, and the baseball playoffs have not yet started. Thus, we are left with a long month of waiting for the college football season to arrive.

The first school I will be previewing is Oklahoma State University. I chose the Cowboys because I’m currently living in Stillwater, Oklahoma, and I wanted to learn more about the hometown team. Plus, they are coming off of a 10-3 season. They will be looking to continue their run of recent success under Head Coach, Mike Gundy.

One interesting note from the preview is OSU’s travel schedule. The Cowboys will only play games in three states: Oklahoma, Kansas and Texas. Their longest road trip will be to Waco, Texas, which is 350 miles away from Stillwater.

To build this preview, I first pulled data down from: http://www.sports-reference.com/cfb/. Then, I got to work building the charts that I thought would be the most interesting. In the preview, you will find three dashboards: