What’s new in Tableau Server 9.0 for the Administrator

What’s new in Tableau Server 9.0 for the Administrator 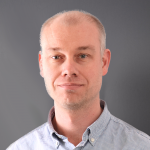 Today I’m going to give you a quick run through of the updates and changes you will see in Tableau Server 9.0 from an administrator’s perspective, and what has changed since Tableau Server 8.3

Firstly and most obviously are the visual changes. Tableau has completely redesigned the GUI, so we now have  the options across the bar at the top of the screen instead of down the right hand side… Overall the changes that have been made are a great improvement, which in general means you require fewer clicks to do what you want to do compared to the previous version. So, what looks like this in Tableau v8:

Windows Server 2003 is no longer supported, and the minimum hardware requirements for 64-bit Tableau Server are now set at 4 core, 8GB RAM and 15GB free disk space. Tableau server will not install if these requirements aren’t met.

The built in Analysis dashboards have been redesigned so that  they now answer direct questions like;

What Is the Total View Count by Day?

What Views Are Seen the Most?

Who Accesses Views Most Often?

This makes finding out how your Tableau Server Environment a little bit easier as it’s now a little bit more intuitive.

There have been a number of redesigns to how Tableau works, which have increased the number of processes that are being run on the server which you will need to get your head around. Below is the list of new processes and their function

Tableau have improved the management of how clustering works within Server. Firstly, the concept of 2-node High Availability cluster has been changed. You can still run Tableau across 2 servers (and spread the load between these two servers), but the loss of one of the servers will bring your Tableau environment down. Therefore the minimum requirement for a true cluster is now 3 servers. You are now able to set the preferred server for the Active Repository, which for instance, is good in the case where the hardware specification is different for each of the servers in the cluster, and you want to ensure that the Active Repository runs on the most powerful server in your cluster.

You can also initiate a failover of the Active Repository to Standby Repository. This is done using a tabadmin command line interface (See later in the article). This is useful during server maintenance, if you have a requirement to take one of the servers in cluster offline, but want the cluster to remain available. Also, there is no longer the concept of an Active and Standby Data Engine. All Data Engines in the cluster are now active, and there is no longer the limitation of having a maximum of 2 servers running Data Engines. All servers in your cluster can now be Active Data Engine Servers if you require. 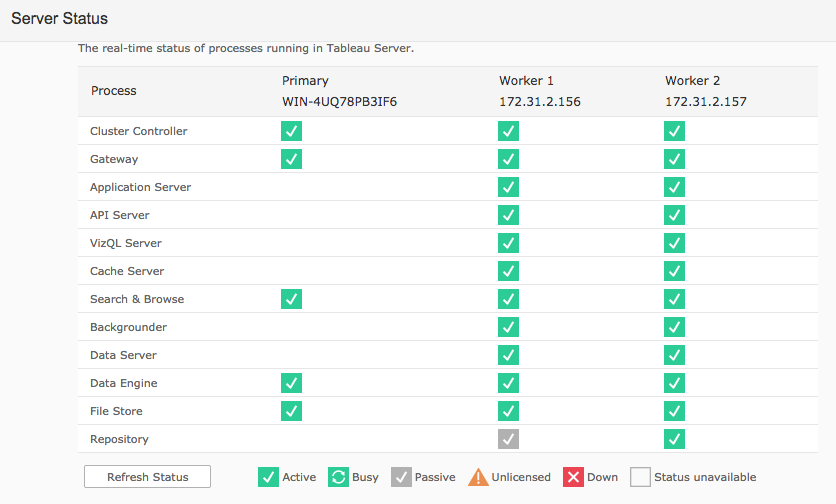 A few additions have been made to the command line interfaces.

Used to prepare Tableau File Store nodes for removal from the distributed environment.

Used to failover the active repository to the secondary repository.

Used to revert a decommissioned file store into an active state.

Rebuilds the search index for Tableau Server, if it becomes corrupt or shows incomplete results.

Used to modify the nickname for any domain the server is using.

Used to display a list of domains used by the server.

There are 34 new REST API Commands to really fill out this functionality. New commands includes assigning and removing permissions, adding and removing membership, and the ability to publish & download workbooks and datasources. Below is the full list of commands