Force Regeneration of the Designer.cs File

Force Regeneration of the Designer.cs File 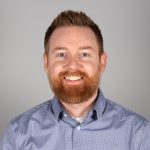 At times while developing an ASP.NET project you may run into the following error in your code behind file:

The name ‘controlName’ does not exist in the current context

Often this is simply a case of a misnamed control or an error in your .aspx file. Other times, however, the problem can be due to an invalid designer.cs file.

Usually when you modify an .aspx file Visual Studio will update the accompanying designer.cs file with any new controls which have been added or modified. I emphasize usually because at times the designer.cs file doesn’t update at all. You can create and update all the controls you’d like but it makes absolutely no difference.

That’s it! And it was so obvious all along…

How I Went from a Ranch to InterWorks Web Developer
Drupal 101: Intro to Views – The Essentials
It Takes a Team to Create a Website
Viewing the $form and $form_state arrays when working with Webforms
Read Only Radio Button

Global Director of BI Markets and Delivery
LinkedIn
Tableau Driver’s Ed: Creating a Center of Evangelism In the previous article of Driver’s Ed, we covered the four phases of the Drive methodology to build an analytics culture step-by-step. ...
What the 2013 Tableau Customer Conference Means to InterWorks We’re less than a month away from the biggest Tableau event of the year: TCC13. If you’ve attended TCC in the past, especially last ...