Digital Nomad: A Year in the Life

Digital Nomad: A Year in the Life

In the musical Rent, the song “Seasons of Love” asks us how we measure a year: in daylights, in sunsets, in cups of coffee, in inches, in miles, in laughter, in strife? Now, I’m certain with enough patience and energy, we could track all of this by doing some more rigorous quantified-self work. Unfortunately, I was not so exact or rigorous with my measurements throughout the year, so I’ve only tracked where I’ve been and how I got there. I travel for work and leisure extensively, and as of November 25, 2017, I’ve been a traveller, a person of no fixed abode, a gypsy. I don’t have a flat or a place to call home.

This started because in November 2017, my lease was ending, and I knew I would be travelling for all of December. I had a few gigs in the UK, the company Winter Summit in Morocco (yeah, that was pretty cool) and a two-week trip scheduled to go back home to the US. In total, I had two or three days unaccounted for. I thought I’d save a bunch of money by leaving my flat and moving my property into a storage unit, and then in 2018, I’d begin the search for a new flat, get a fresh start and try out a new area of London.

I was only supposed to do this for one month, but I was flexible. At the Summit, my manager asked me if I’d be okay with being sent to Paris for a client for about three or four months. I mentally figured I’d not really have time to search for a new flat with the schedule and time and said I’d do it, if I could stay over in Paris or travel on the weekends—as long as the flight costs were comparable to my normal flight “home” to London.

How One Month Became One Year

Starting in December, I was living in an amazing hotel just outside of Paris. I had a large bag (probably the only time in a year I didn’t just have carry-ons) that functioned as a wardrobe. On weekends, I’d leave the big bag and travel with just my duffel all over Europe.

When the Paris gig was just finishing, I had a couple of weeks before my two-week vacation. When I came back from the mountains (I hiked Peru!), I was on yet another long-term project, this one based outside of Amsterdam. From the very start of June until mid-October, I was there, and again, I had the same plan of weekend trips and stay-overs.

Measuring a Year in the Life of Digital Nomad

Since October, I’ve had a few weeks of vacation in Poland, South Africa and Tanzania, a few on-site gigs scattered all over (Ireland, Germany and Dubai), and a lot of remote work spent in hotels in interesting places or while couch-surfing at my friends’ homes. Most of this time, I’ve travelled with a small carry-on duffel bag: you need a lot less than you think you do.

So how do I measure a year? Here’s how I did it: in 106 flights and about 315 hours in the air; 322 nights in a hotel or hostel; 23 countries visited; and 38 days crashing on the couches of family or friends.

What I can’t show with data is just how great and rewarding this year has been. I’ve seen sights all over the globe and spent time with friends scattered around the world. I’ve been challenged with clients and done the entire gamut of business-intelligence services that we offer, from database work and dashboarding to portals and analytics. I’ve been paid to grow, travel, explore and live my best life. Simply put, when measuring this year, it’s been a success.

Some of My Most Memorable Moments

Some things that were the most memorable are below. I took the liberty of dropping in a few pictures of 2017 as they help show the type of travel I’m doing:

I went to India for work in early 2017. I was able to take some time afterwards to do some sight-seeing. Trust me, I wanted to be smiling but it was over 40°C and humid. I was happy, but hot. Coincidentally, I’m currently back in India on a month-long working gig: 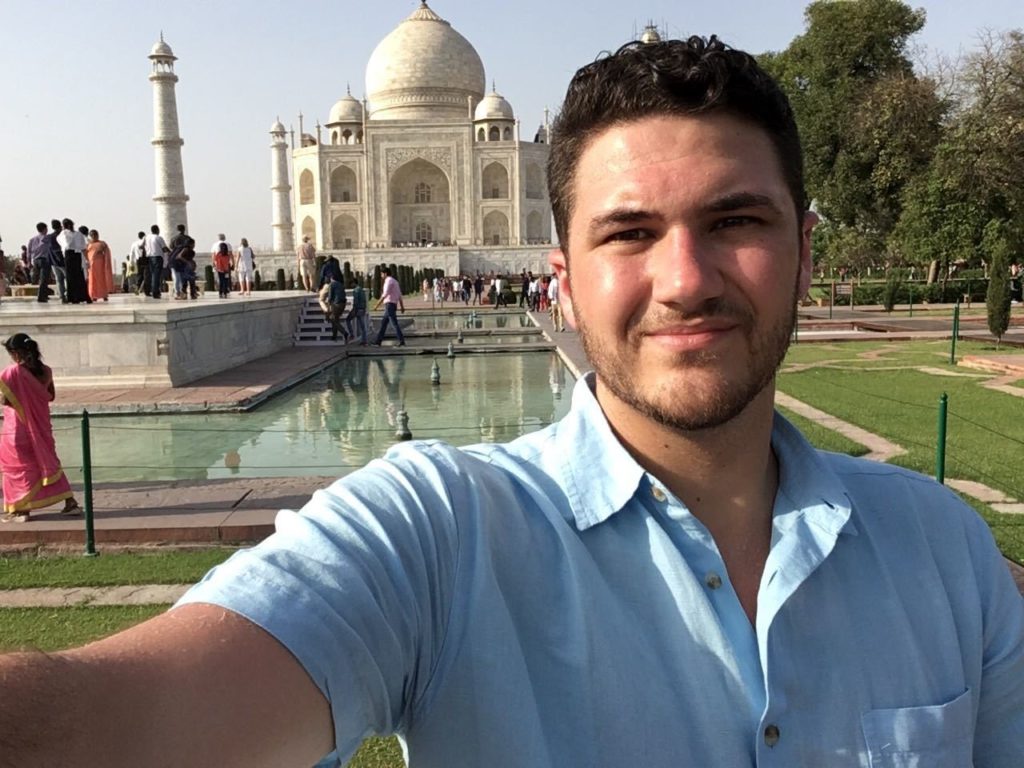 On my birthday weekend in 2017, I was in Scotland for work, which suited me just fine. I went to the Cairngorm’s around Aviemore and went fly fishing and was able to practice my Spey cast in the River Spey: 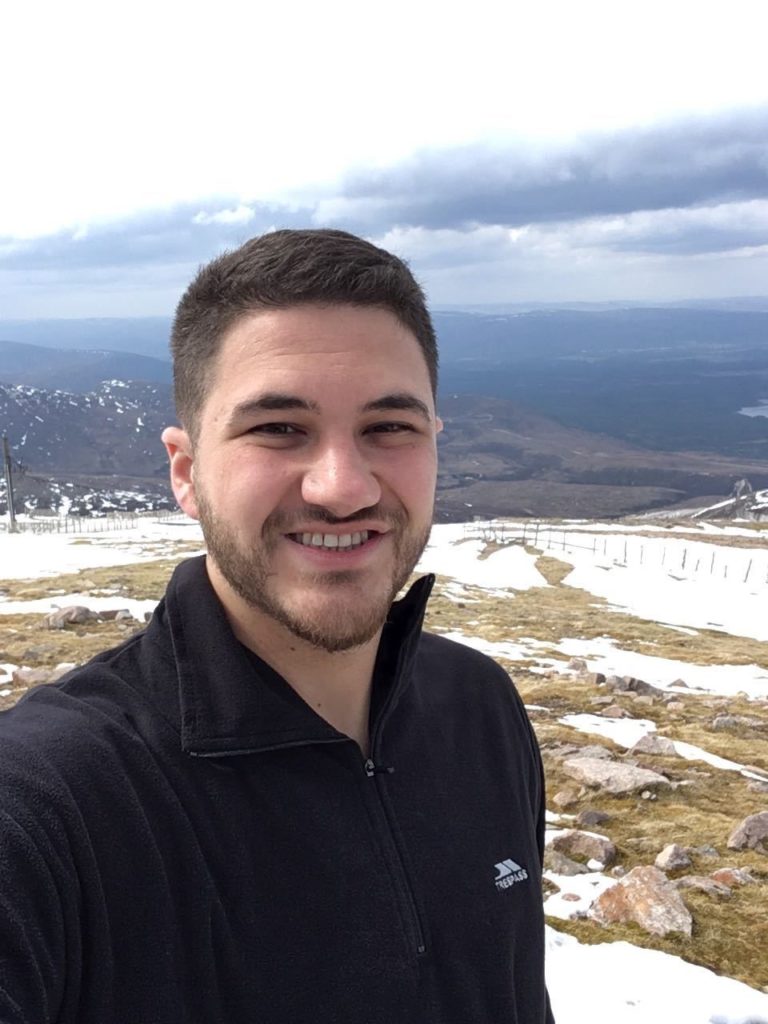 And, of course, there was Paris. Pictures are of that famous tower thing and a good friend—now a former colleague—on his last day in Paris with me:

Then there’s Rome where I spent a weekend exploring, eating gelato and pizza pretty much non-stop: 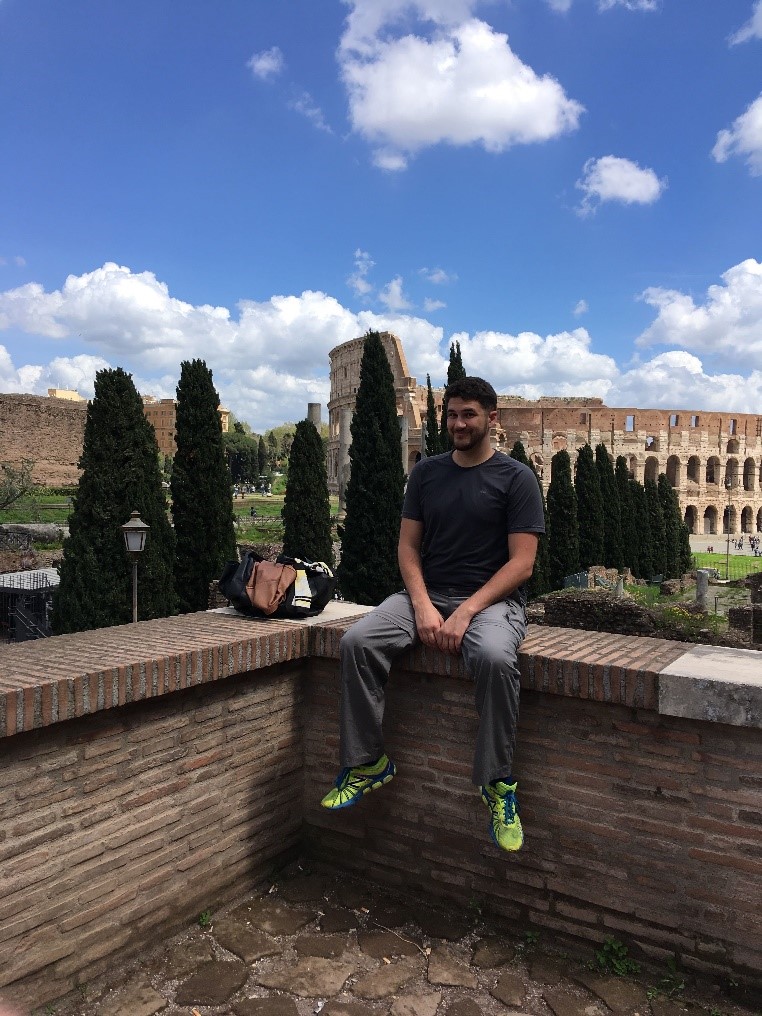 This was one of my more unique experiences. I was in Lebanon and had a free afternoon, and a jazz festival was about to be put on in this square. So I grabbed a seat and listened for the day while eating my way through half the menu: 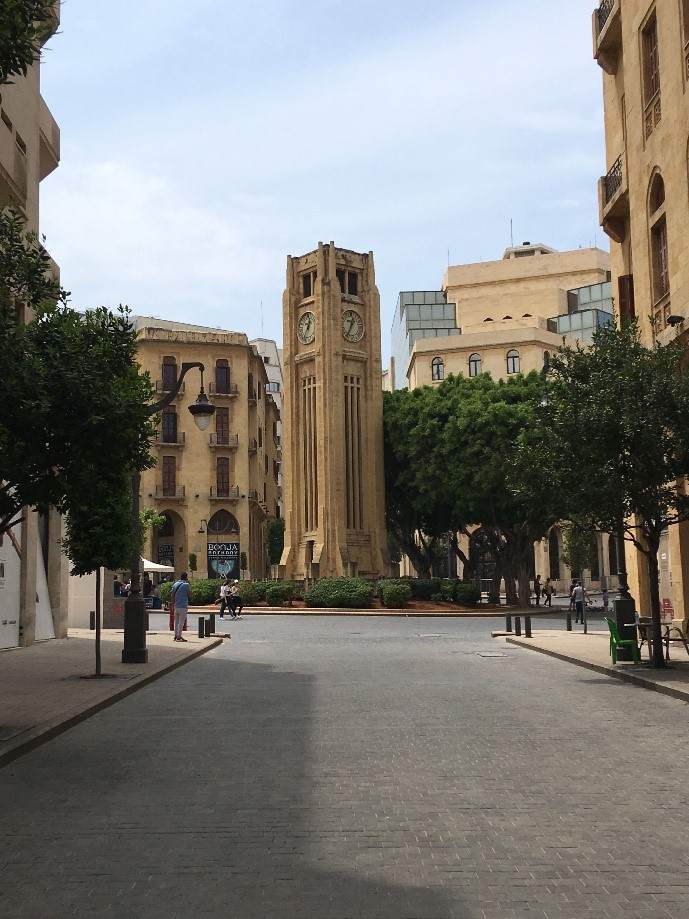 In Peru, I did the tourist thing and hiked Machu Picchu, but this was my favourite shot. Directly beneath the dog is a fairly sheer cliff about 100-200m down. It’s the horseman’s dog, and I’m sad that I cannot remember his name: 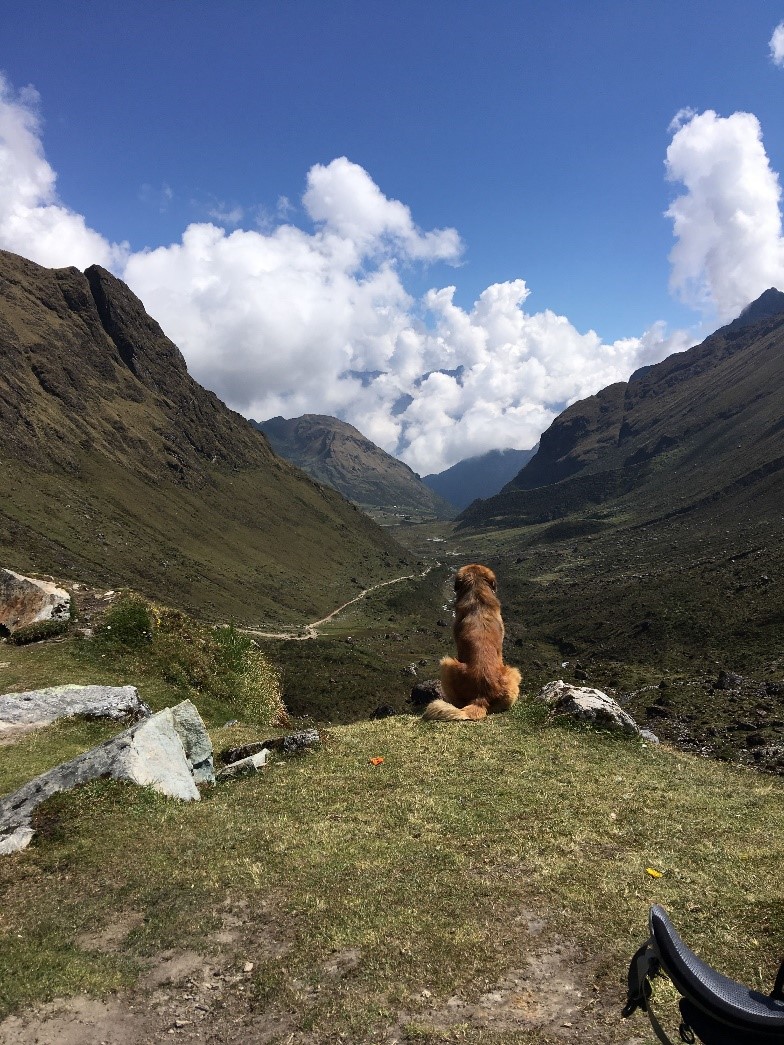 There were two team gatherings this year: one with just the team I’m on (Team Cloudripper) and the next with the entire company for the summer meet-up. I manned the grill:

This was taken just before a thunderstorm in Leiden. I made some new friends in Leiden and because I was working so close for a few months, I was able to spend a lot of time with them and became a better person through it: 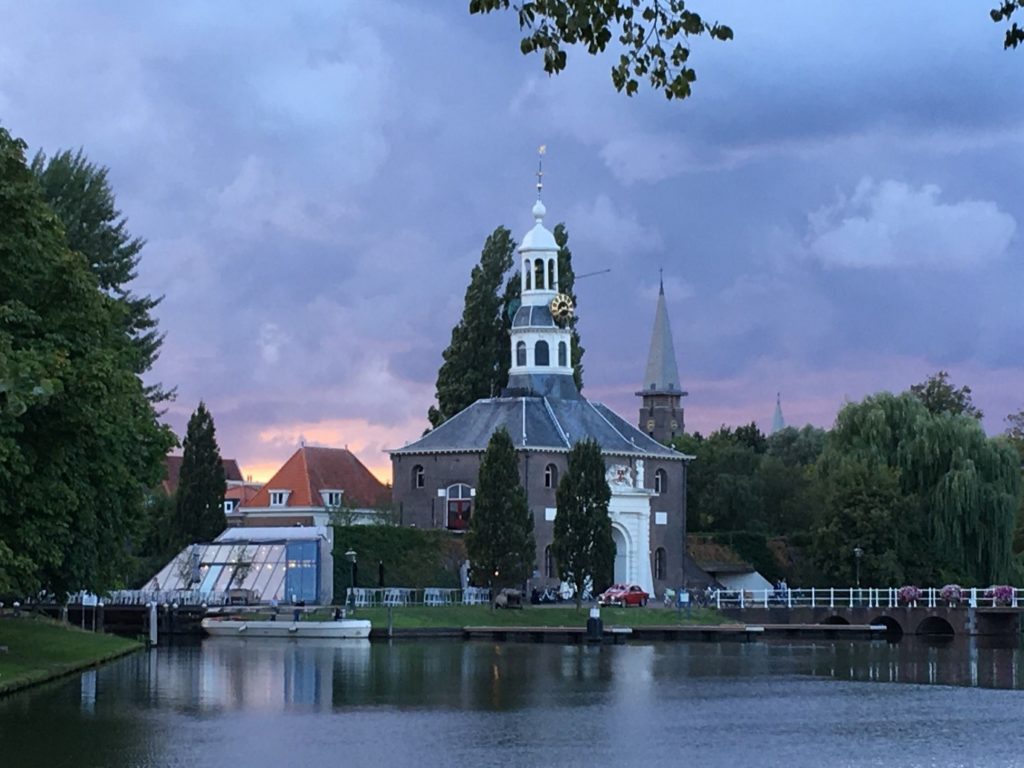 A photo of me hiking the Lauren Forest in Madeira (it looks like a Pterodactyl could swoop in at any moment): 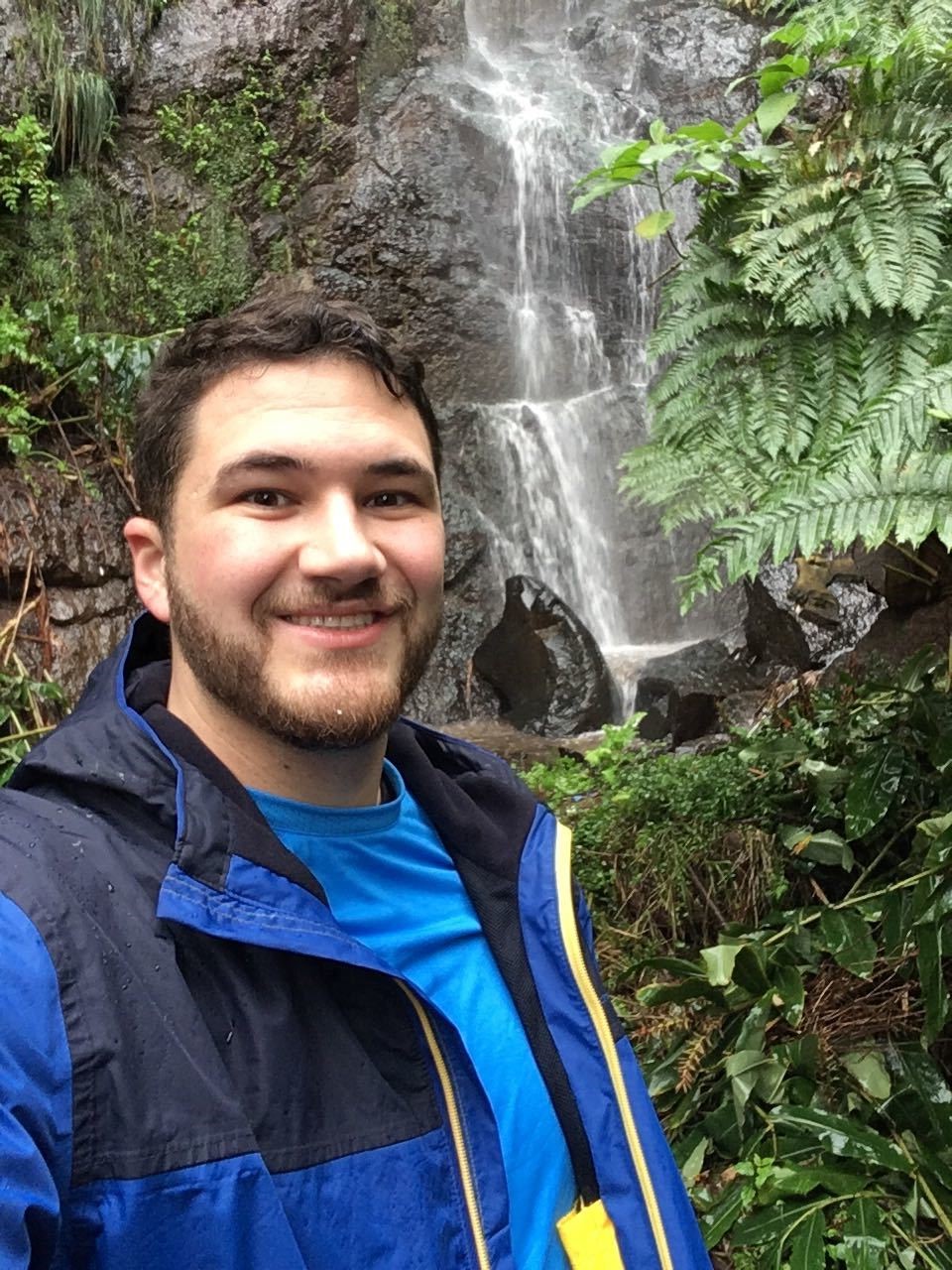 My view while chilling on a boat in Malta: 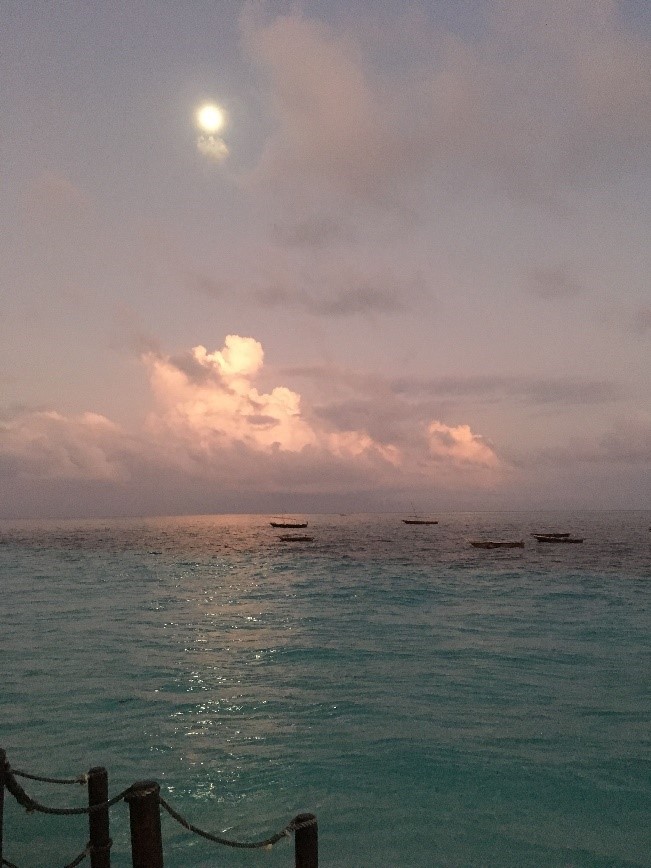 These two are just before sunrise on the northern point of Zanzibar and beers in the Czech Republic:

While it has its challenges, the life of a digital nomad is truly the life for me. I wouldn’t have it any other way. If you think it could be the right fit for you, we’re hiring, so check out our available positions. Your greatest adventure could be ahead.

Still not sure? Join us on March 7th for the #DigitalNomad roundtable, register here!