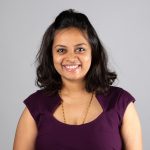 Skyline is used for attacking problems involving choice. Where there is more than one criterion, no computer can possibly choose the “best” solution. Skyline function helps in assisting decision making that involves more than one good choice. It gives you a shortlist of “good” dataset choices from a high performance database for further analysis.

What if I want to buy a house closer to my office? I’m also more interested in large neighborhoods. In a nutshell, I want to fetch the nearest neighborhoods that aren’t too small and the largest area neighborhood that isn’t too far. The usual query (SQL) to fetch this kind of information requires us to use inner joins, exists function, etc. This not only increases the line of code but also poses performance issues. Using Skyline analytics, it can be achieved in just one line of code. Skyline runs efficiently, works on “big data” volumes of data and many more criteria options rather than just two.

Analytics Consultant
How to Load Data from JSON to EXASOL If you’ve been looking for a way to load JSON data into EXASOL with just a click, then you’ll love this post! As data scientists, most ...
EXASOL – Small Business Edition Many of you must have heard about EXASOL. If not, I hope this blog gives you the motivation to discover it’s capabilities for yourself. ...