This post builds on my previous blog that laid out the basics of using the new Tableau Prep integration with R. Here, we’ll go a little bit deeper with a more complicated example and another dimension to this new capability.

Using Tableau Prep and R to Add Rank to Your Data

Do you need to add a rank of some sort to your data? Do you have Tableau Prep 2019.3 or later? There are countless instances where having rank hard-coded in your data would make things a lot easier. But how do you do this in Tableau Prep? The only other solution I’ve seen of accomplishing rank in Tableau Prep is the brilliant but convoluted self-join technique (See Josh Mulligan’s article for more on this). To make life much easier, I’ve created an R script you can use in your Tableau Prep workflow to add a rank to your data. This article is broken into two parts:

There are a few steps you must follow to get this to work: 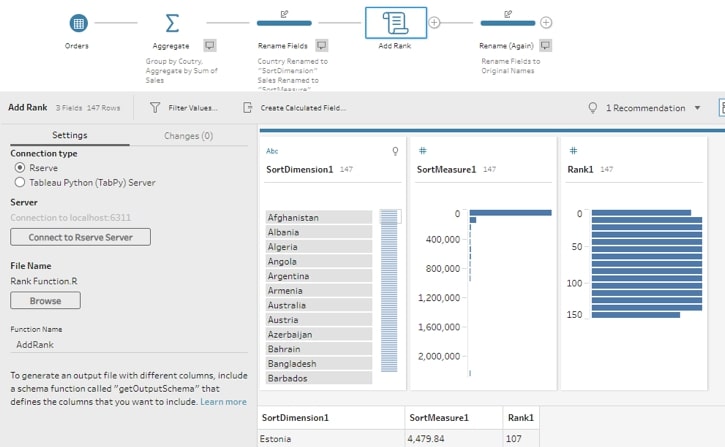 With these steps done, you’re now ready to run the script and rename your fields!

Now, on to the nitty gritty.

The “How Do I Write R Scripts for Tableau Prep” Part

I had a hard time finding examples of R scripts for Tableau Prep, so I set out to make my own for others who were hoping to utilize this awesome new feature.

For the output, I need to use the getOutputSchema function so that Tableau Prep knows what to expect from R. This function returns a rank, which will be an integer, a measure that will be numeric, and a dimension that should be a string. That section of the function will look something like this: 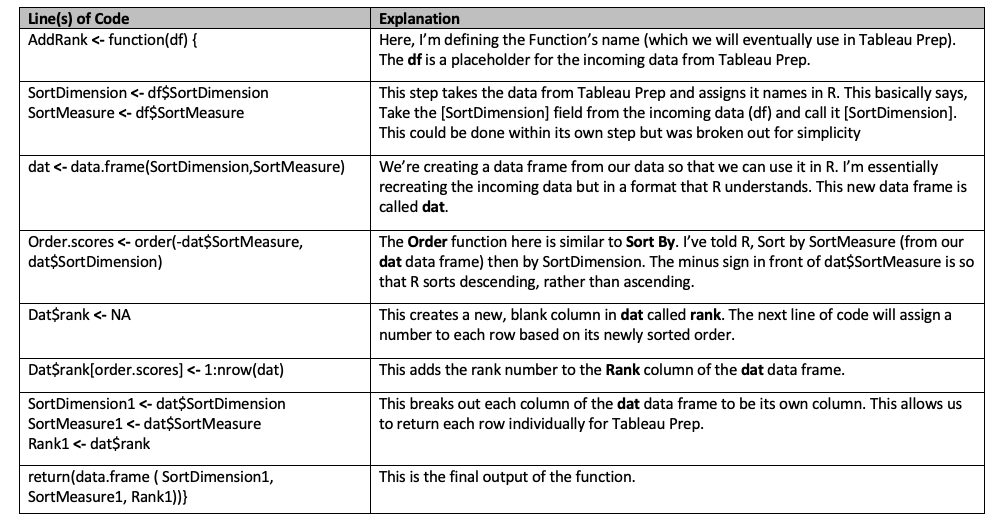 Hopefully, this can help as you move forward and start to apply your own R functions to make your data better and easier to work with. Share your success with us in the comments or reach out to our team for more direct support!