Better wireless coverage without causing too much of a Ruckus

Better wireless coverage without causing too much of a Ruckus 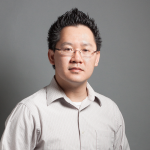 So I have owned quite a few access points over the years, and I have taxed them all (to death). My first favorite was the Linksys WRT54G (ver 1/2/3/4) that were modifiable with DD-WRT to get the most performance and features from them. These were incredible for their time, but as that went out they were outdone by anything relating to range or HD video. Their 200mhz processors, single radios, and low bandwidth doomed them. I upgraded to a Netgear 834B wireless N router with the internal antennas, and it helped a little bit. The problem is after a wall or two the connection rate dropped and streaming anything was full of stuttering.

About a year ago I purchased a 4th generation Apple Airport Extreme. I love the thing, even though it has limited control of the switching, NAT, and firewall. The range increased about 3x of the previous unit, but even in my 1600 sq ft house of the time it did not reach to the bedroom. Now mind you that was a single story home with all rooms connected by a single central living room. It only had to go through 2.5 walls to get to it’s destination, and about 20-25 feet total. We made due as it wasn’t horrible, but two or single bars of signal was not fun when trying to stream HD content from my NAS to my laptop. Playing Xbox 360 in my bedroom meant angling it just right, as if using a cell phone in the deep woods. In March we moved to a larger home with more clients (my brother came along with his own toys that require wifi).

Oddly enough the larger home (4200 sq ft) had better coverage than the old one. This is probably due to the open nature of the home, and also because I mounted the Airport on a high shelf in my office which is on the second floor. I get decent signal everywhere, especially the bedroom which is directly beneath the office. The problem however is when I go to the edges of the home where the signal tends to drop off by a bar or two. In the garage I still have decent signal, but what I’m after here is “wireless domination”. So today I compare my 4th generation Apple Airport extreme to a Ruckus ZoneFlex 7363 in unmanaged mode.

I have implemented a few of these units in a commercial setting through InterWorks, Inc. and have been thoroughly impressed with them. They have limited switching capabilities but I am seeking wireless coverage, not a firewall/NAT unit. As such, I decided to purchase a unit for personal use and see how it fares in my home. Let’s start with a short comparison:

The first thing you’ll notice is the price differential. The Ruckus unit costs over three times as much as the Apple unit. It’s not a fair comparison on those grounds, but if you want awesome coverage it does come at a price. You’ll also notice that the Airport Extreme has three radios with 3 streams. The problem is that in the 4th generation model they only have 4 antenna elements. Two of them are shared and this causes problems connecting to all three streams. The 14 elements in the Ruckus unit allow it to “steer” the signal using it’s BeamFlex technology, effectively pointing a stronger beam at a client to cut through interference. Another big difference is that the Airport Extreme is a full fledged router, while the Ruckus unit is only an access point with limited routing capabilities. You really have to use it with a bona-fide firewall or router (yet another cost). Both units are last-generation as well – there is a 5th generation Airport Extreme with minimal changes, an newer ZoneFlex units.

Let’s go ahead and look at coverage, after all that’s what we’re here to see today:

This is my home schematic –

The upstairs is on the left, downstairs on the right. It’s about 1200 sq ft upstairs and 3000 sq ft downstairs. The garage (Bottom right) is about 1000-1200 sq ft as well. Ceilings are 10ft in each room, and 20ft+ in the downstairs open areas. Ignore the numbers on the schematic as they were modified prior to my home being built!

My test equipment is as follows:

The signal strength is measured from dark green (strongest) to red (weakest). If there is no color, no signal was detected. The lines are the path I walked, with the dots being where I set a point of reference by clicking the map.