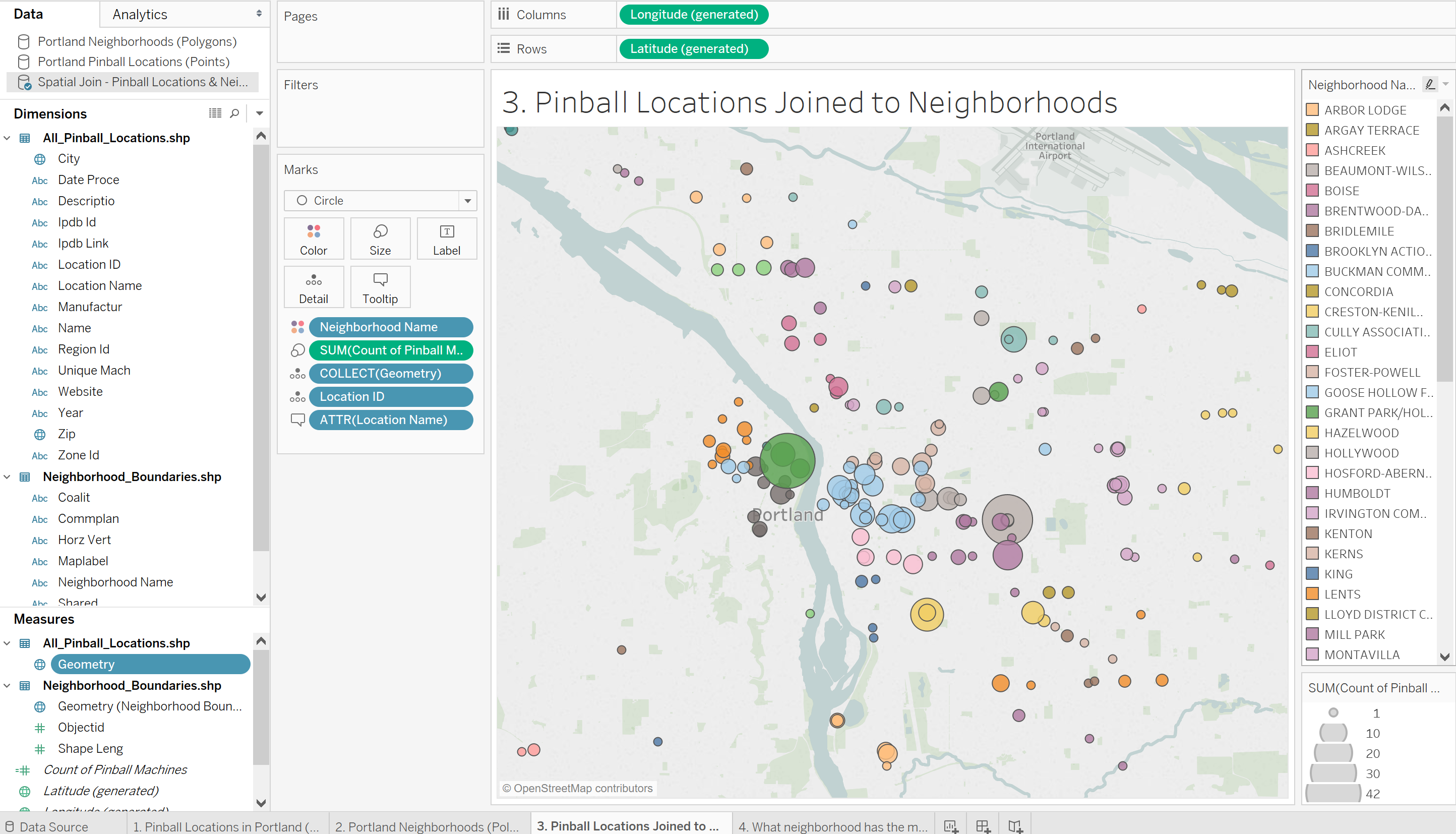 Tableau has been cranking out new mapping features left and right, but few have had me as excited as the spatial join with the release of Tableau 2018.2. This is the mapping tool I’ve been hoping to see in Tableau for a long time. Why? The spatial join opens up a whole new world of spatial analysis, as it’s Tableau’s first real spatial analysis operation. Heat maps are cool, but a spatial join is the real deal.

A spatial join is one of the most commonly used tools in the GIS analyst’s toolkit. It’s an operation that sets a spatial data analyst apart from a data analyst. Guess what? Now you can get in on the spatial action with an easy-to-use tool built right into Tableau.

So, What is a Spatial Join?

A spatial join is simply joining information from one geographic data table (often called a layer in map speak) to another geographic table using the geographic location of one table relative to the other. In Tableau, these layers will be shapefiles, KMLs or GeoJSON.

Like a normal join, we’re taking columns from one table and joining them to another table, except instead of using a key field, a spatial join uses a record’s location in coordinate space (i.e. its place on a map).

There are many different types of spatial joins. For now, Tableau’s implementation is a geographic intersect. As the name implies, the join happens when one geographic layer intersects another. You’ll need a point layer and you’ll need a polygon layer.

We have a point layer (in dark orange), and we have a polygon layer (in teal). These are two separate files, and we want to count the number of points inside each polygon. To do this, we’ll need to join the name (A, B or C) of the polygons to the points that are inside, but only where the points intersect the polygons. 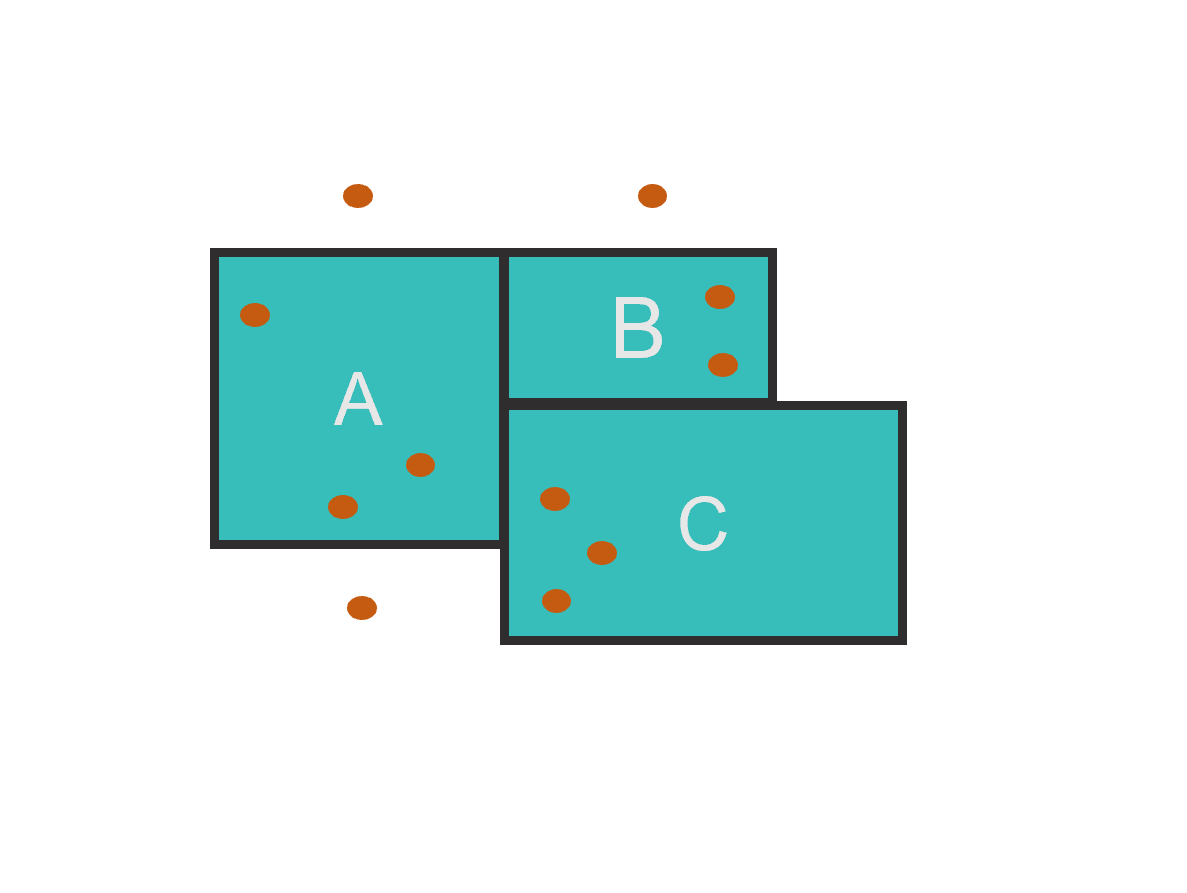 I love the game of pinball, and I live in Portland, so naturally I want to know the best neighborhood for playing pinball. Where in Portland can I go to find the most pinball machines?
I have two datasets (shapefiles): pinball locations (points) and Portland neighborhoods (polygons). 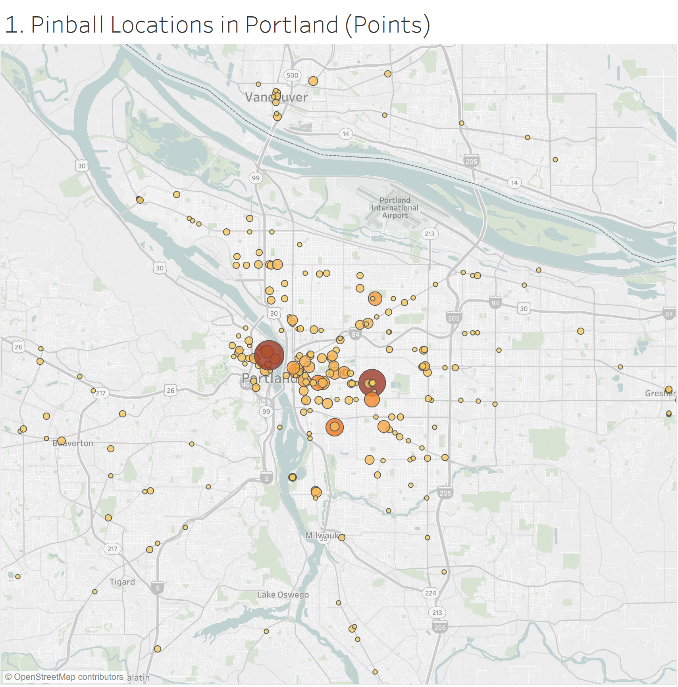 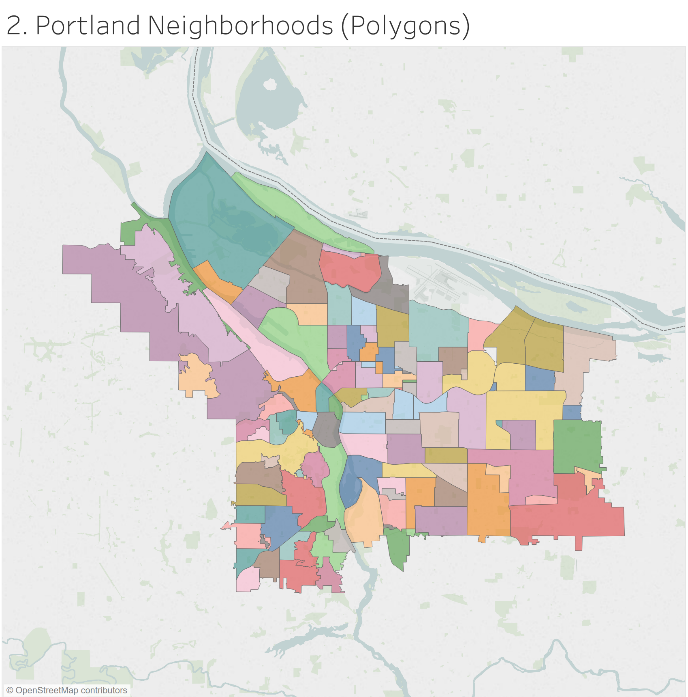 I want to join the neighborhood name into the intersecting pinball point location. I’ll use a spatial join, which can be conveniently accessed in the same way you’d do a tabular join in Tableau: 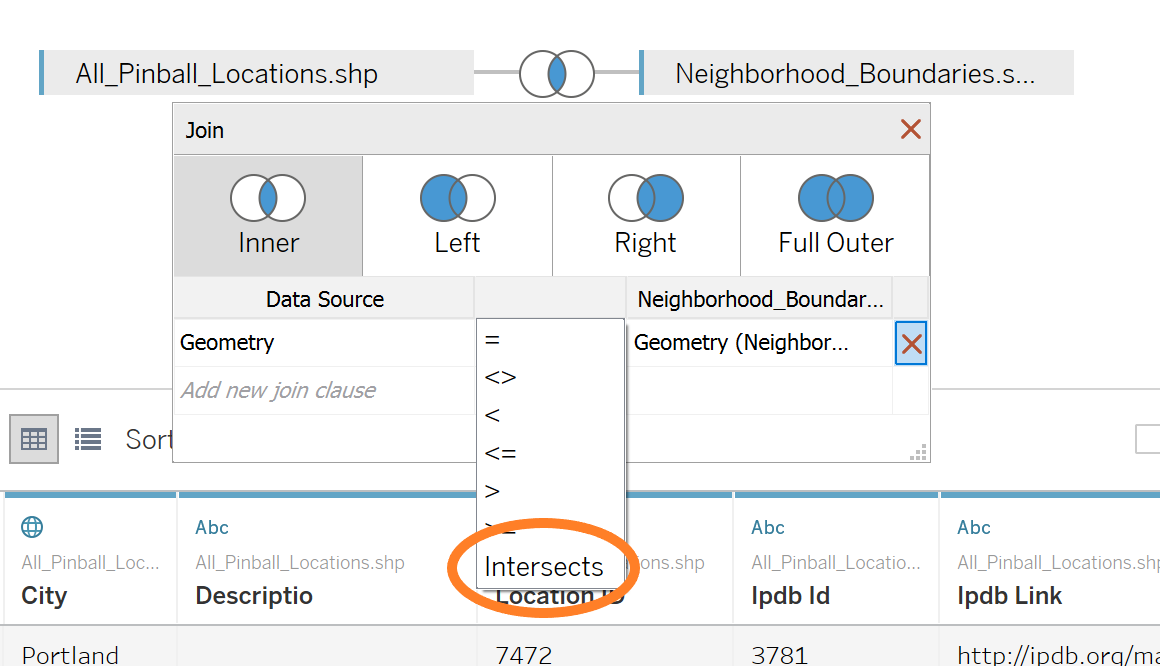 In my case, I only care about pinball machine locations (points) that intersect the neighborhoods (polygons). So, I’ll choose an Inner join so non-matching (or intersecting) records drop out.

Once my two datasets are joined via an Intersect, I have access to the neighborhood (polygon) fields to use in my pinball locations (points). This allows for me to do some real analysis. For example, I can color the points by the neighborhood they reside in (see image above).

Notice that since I chose an Inner join, there are no points beyond the boundaries of the neighborhood layer. Only those points that intersected remain. Now that I’ve completed the spatial operation and have neighborhood information associated with each pinball location, I can answer my original research question by summing the number of pinball machines in each neighborhood. 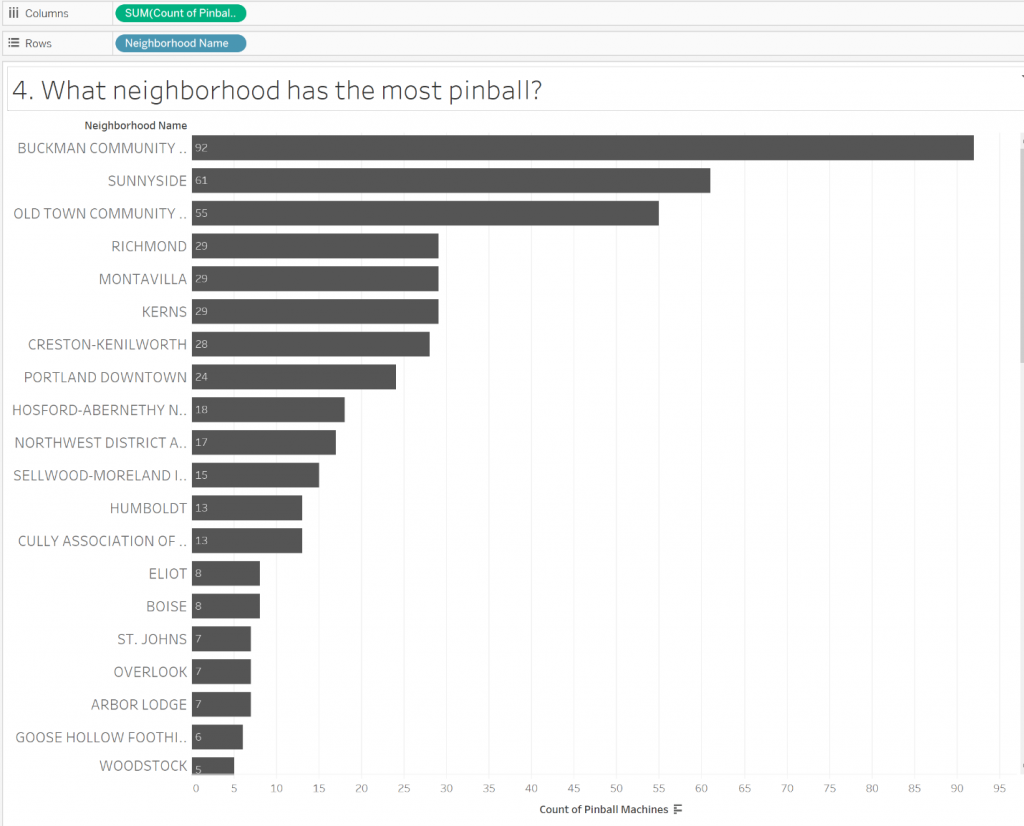 My original question: What Portland neighborhood has the most pinball machines?

Now I’ve got my answer: The Buckman neighborhood with 92 pinball machines!