My Path to InterWorks by Rob Austin

My Path to InterWorks by Rob Austin

I started my career as an electrical engineer graduating from the University of Southampton. I enjoyed engineering and the problem solving challenges it frequently provided but it wasn’t until I started running my own businesses that I discovered a wider version of problem solving. My second business ‘Total Console Repair’ was the point at which I really discovered Business Intelligence. I didn’t know I‘d discovered Business Intelligence, but I had.

Total Console Repair Limited was a company which fixed consumer electronics, by the truck load. In order to service our large corporate clients and handle the vast quantities of units we needed to have a large number of repair technicians. Initially we used traditional management methods to monitor and get the most from our staff but we soon found a better way. We started setting Key Performance Indicators (KPI’s) that the technicians could be compared against: Number of repairs, Ratio of repaired / failed, Warranty returns etc etc. 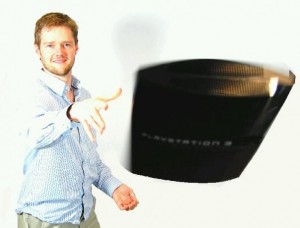 For the first few years we dashboarded all of this in Excel which pulled data from our Access database. I spent a lot of time and became a master of Excel. Typically a dashboard would take up to 10 days to create and often would require a full rebuild whenever we wanted to add a new measure. Imagine my delight when I was introduced to Tableau v4.0 by none other than our fearless leader at InterWorks Europe, Mel Stephenson. Suddenly I could create a dashboard in under a day and make modifications in minutes. As our business grew at an alarming rate we upgraded to MS SQL server and Tableau seamlessly accommodated the change in technology and business process.

We started rolling out dashboards to other areas of the business. Call centre, Finance, Management, Sales. ISO 9000 accreditation said that each job role must be defined but we went a step further than that and gave each job role a dashboard which not only defined the important tasks but measured each staff member against their KPIs in real time. Sadly the recession hit the UK, most of our customers went in to administration and we had to shut down Total Console Repair. During the 18 month wind down period Tableau came in to its own again. We were able to vastly change the way we worked and alter business processes to combine job roles.

After Total Console Repair ceased trading I couldn’t think of anything I would prefer to do than to advise and implement best use of Tableau within other organisations. I had become passionate about BI best practice; which is really Jargon for ‘making your job easier and more productive’. It’s not all about data; it’s about people and giving them the right information in the right way. A happy, stress-free workforce is a productive workforce. [sb name=”CareerRob”]

I was involved with InterWorks EU from the early days and it was a natural choice for me to join the team. I love working with Tableau every day and I also love the positive impact which can be created from implementing sound BI for clients. A good dashboard is like opening a window in to an otherwise black box. With enough well designed dashboards you can turn your company in to a transparent box with every aspect being visible to all.