Approximately 8.2 million people live within the five boroughs that make up New York City. Every year, thousands of accidents occur due to a multitude of contributing factors. NYPD collects information about each of those accidents and provides it for public use on nycopendata.socrata.com. We decided to explore the crash data to see if there were any underlying trends and relationships that could explain the number of accidents occurring. The data contained over 600,000 observations from July 2012 to July 2015. We chose to exclude August 2015 data, given we didn’t have the full month of data.

Before exploring the data, we created a list of questions we wanted to address:

We also wanted to see if our hypothesis of “more alcohol related incidents occur between the hours of 10 p.m. and 4 a.m.” was valid. All of these questions and our hypothesis are addressed in the writeup below. First, here’s the viz for you to explore:

We found that while Brooklyn is the largest borough with the highest number of accidents, Manhattan had more accidents per person than any of the other boroughs. This could be due to the fact that the Manhattan population almost doubles during the workday due to the number of people commuting into the city. 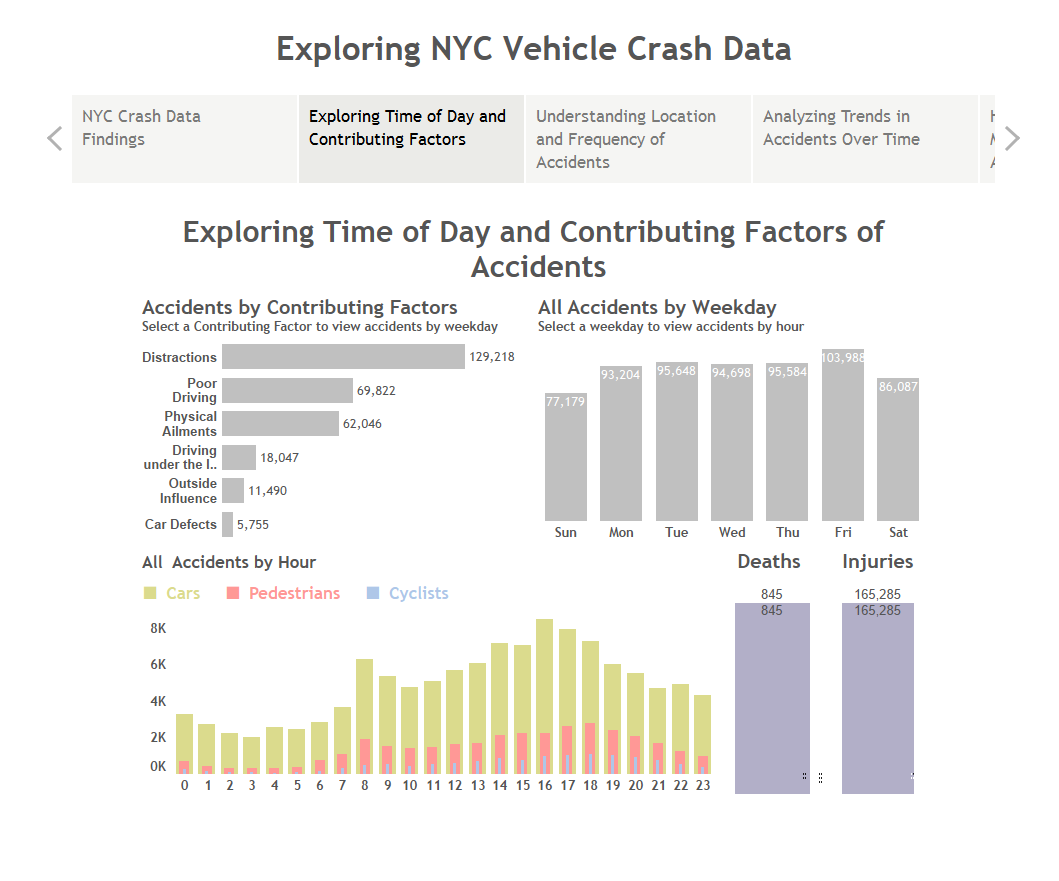 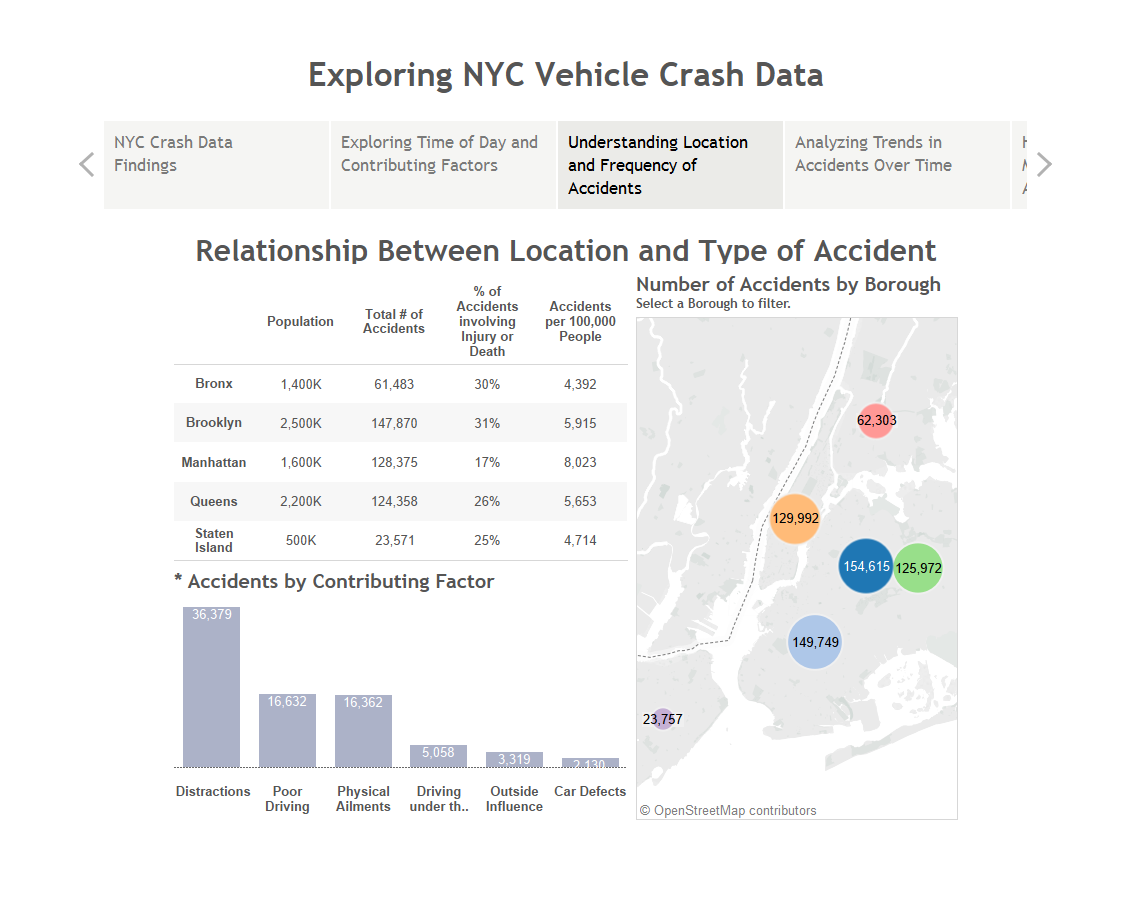 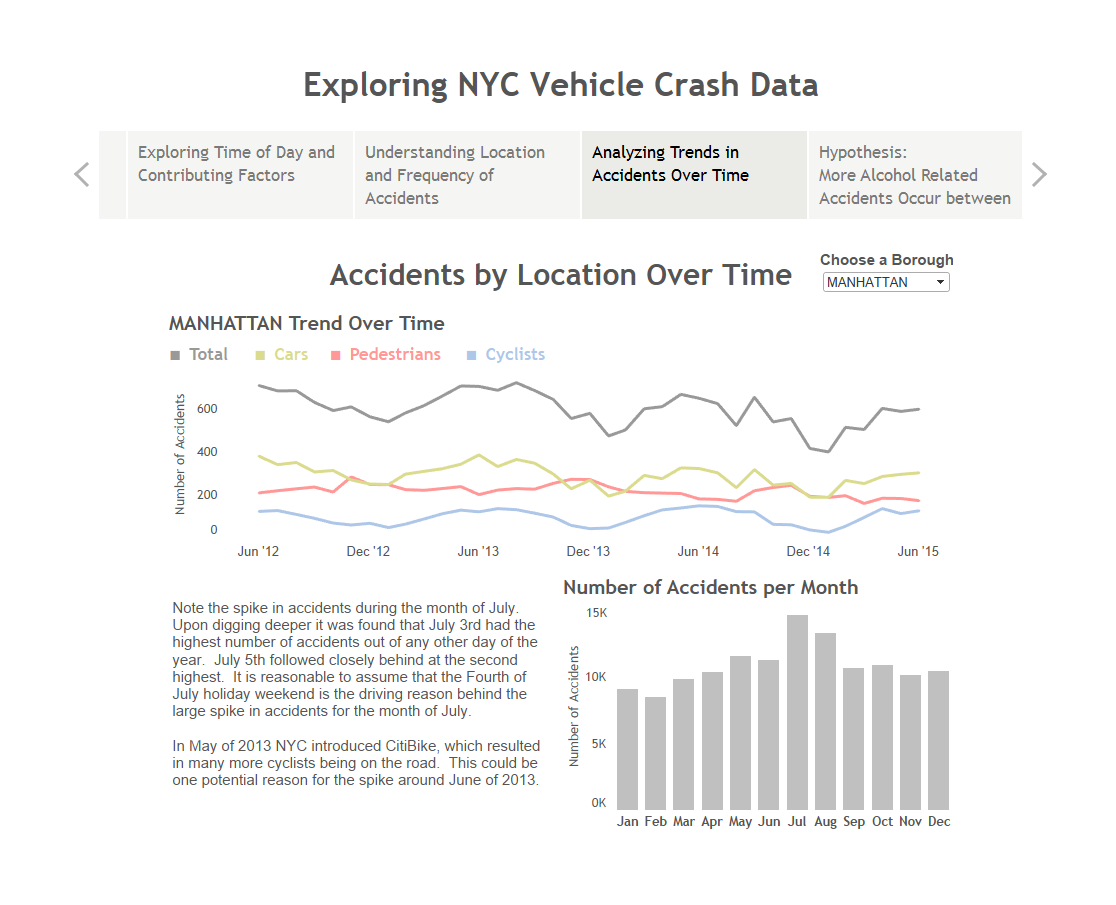 Looking at the trend of accidents over the past three years, there is no significant decrease or increase.  The introduction of CitiBike in May of 2013 could be the reason for the spike in cyclists’ injuries in June of 2013. 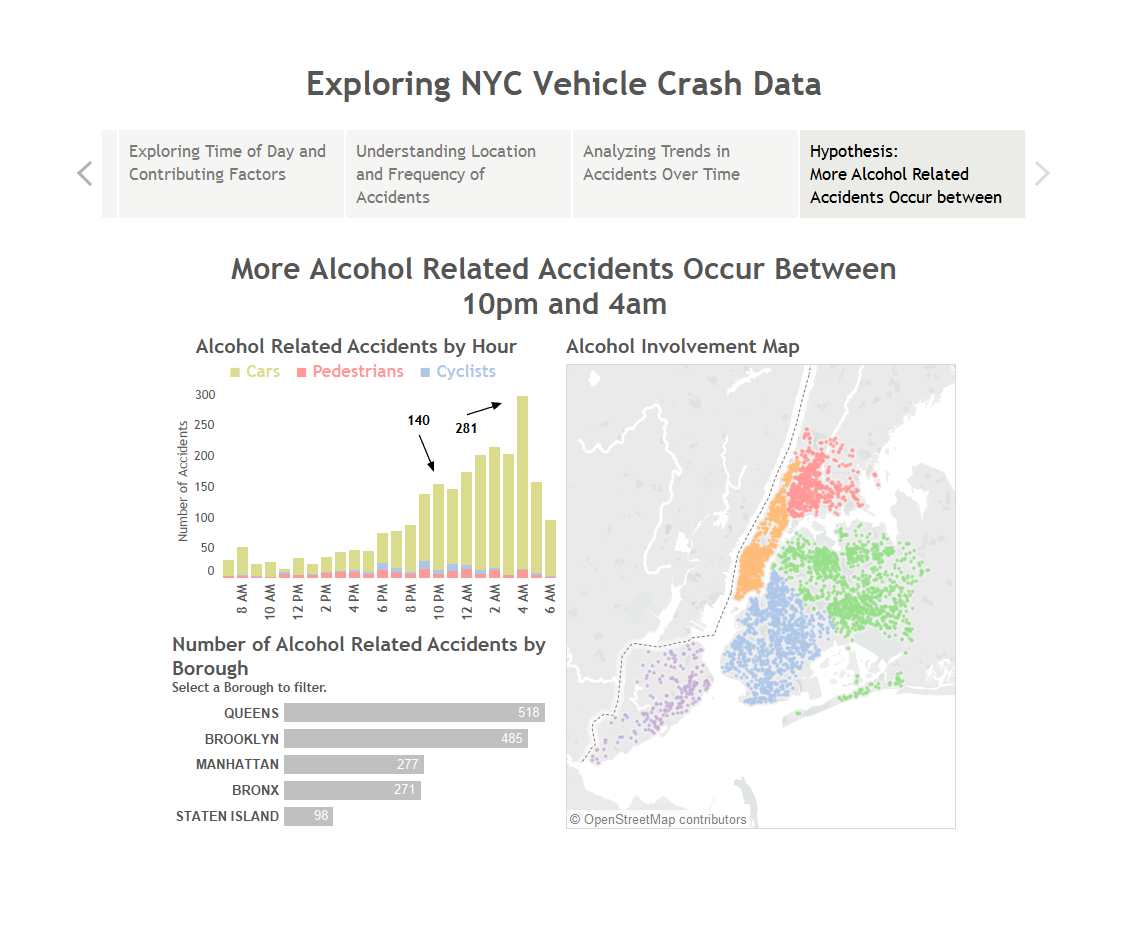 Overall, we found that generally the larger the population of a borough, the more accidents were likely to occur. There were some interesting findings, such as the Fourth of July holiday weekend causing the spike in accidents during July as well as the alcohol-related incidents occurring during the midnight hours. We hope you’ve enjoyed our analysis of the data, and we encourage you to jump in and check out the facts on your own!