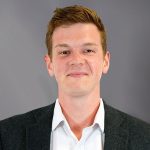 The objective of this comparison exercise was to rebuild the Overview dashboard from the Tableau – Superstore sample dashboard in both Tableau (10.4) and Microsoft Power BI (2.52) with no prior knowledge of the Microsoft analytics package. I decided to conduct this comparison to better understand one of Tableau’s most-talked-about competitors and to gain some knowledge of its feature set. The findings and conclusions taken from this solo exercise are my own and do not reflect – nor were they knowingly influenced by – those of anyone else.

It’s tough to stay objective in this technological age. If not impossible. My tribalistic tendencies towards Tableau is unquestionably significant in this exercise, especially since I began with the market’s common knowledge that Power BI features less functionality, is less usable (Tableau’s flagship characteristic) and looks less pretty. This forced me to stay vigilant, be pragmatic on each issue and explicitly look for the good in Power BI.

Overall, my perception of Power BI before having used it wasn’t far wrong. That said, the exercise did not put me off the Microsoft product – and I won’t be caught in any heated pub debates with Microsoft BI consultants any time soon.

The exercise mainly highlighted how spoiled we are as Tableau users. If we right-click an axis, a menu appears offering all the functionality required to edit that axis exactly as you require. Want to alter the tooltips on this chart? Click the obvious tooltip mark and edit away in a rich text editor! The main takeaway was that Microsoft’s product didn’t have this feeling. It felt like either functionality did not exist (tooltip editing) or the places to access the functionality were hard to locate (axes editing) and required searching the web.

The goal here was not to become an expert in Power BI, so some corners were presumably cut that may have been possible with further searching the web and/or more knowledge. I also did not aim to guinea pig all Power BI functionality, so I imagine there are many good – and potentially not so good – features not touched in this exercise.

The task of reproducing one of Tableau’s example visualisations should also be noted in Power BI’s favour. Connecting to Data

Opening Power BI, you are greeted with a similar interface to Tableau. “What data do you want to use?” Power BI has 45 native connectors, compared to the 69 currently available in Tableau. Since I’m connecting to Excel, I selected it from the top of the list and was greeted with the Navigator. I chose the Orders table (sheet) and could preview the data. All this was in line with Tableau functionality.

Clicking Edit on this page opens the Query Editor page, which I like. Users can add new tables to join to (not discussed in detail here as just looking at one sheet). They can also perform complex transformations such as grouping by values and summarising the data to a defined aggregation, changing data types, removing duplicate rows, pivoting columns, replacing values, etc.

Tables can be added from your data source and combined here. This functionality is an area where arguably Power BI appears to be as strong, if not stronger than Tableau. Microsoft’s Query Editor has pulled from their Excel and Power Pivot functionality back catalogue and added an impressive number of transformation features that don’t appear so front and centre in the Tableau GUI. If you are well accustomed to similar Microsoft products, you are sure to find this experience helpfully designed and generally intuitive. That said, a large number of these features are formatting alterations and features that Tableau displays in subtle drop-downs on the columns themselves or are simple to create in calculations. 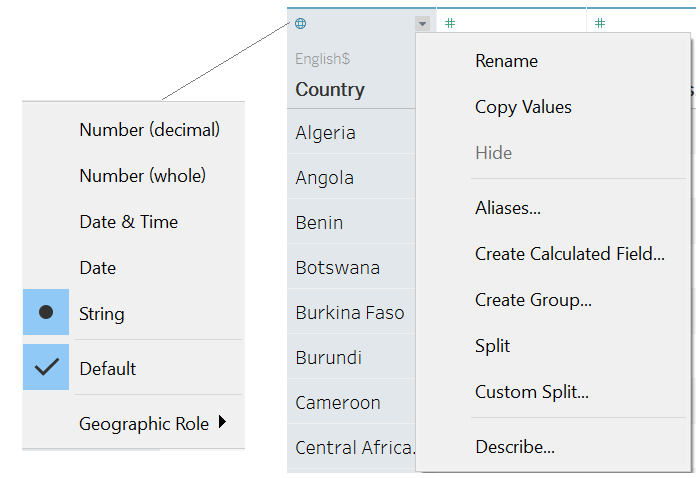 If push comes to shove (bias aside), I would say that Power BI’s blunt force approach to showcasing their feature set in the classic ribbon is preferable to Tableau’s hidden options and is far more obvious to a first time user. However, with Project Maestro close to release, Tableau are set to add a powerful and visual data prep tool to their armoury. Maestro will allow for visual data profiling and the construction of data wrangling workflows.

Unfortunately, this exercise didn’t require me to use these features extensively. I merely clicked Load and was shown a blank canvas.

Arguably, I chose the hardest viz to build first. This may be why I found it the most frustrating.

Number of steps-wise, this wasn’t too painful. However, I have several significant annoyances about the resulting viz:

The number of steps here is infuriating, given that you have to build each one, then size and position it on the canvas. How does Power BI support a productised report that doesn’t know what dimension values will need to be split out? What if there’s a new segment in the data tomorrow? I don’t know.

How does Power BI fit all six dashboards to that they fit the height of the dashboard equally? I don’t know. There is a Distribute Horizontally button, but it didn’t seem to do anything when it was clicked in my scenario.

In the above, it was necessary to provide each tool the complex calculation of providing the total profit per order ID. In Tableau, this is a Level of Detail expression. These aren’t the easiest to get your head around initially, but I find them intuitive enough at this stage. Power BI uses DAX expressions (data analysis expressions), again borrowed from SSAS, Power Pivot, etc.

The ALLEXCEPT in the above throws me off. Both expressions are aimed at making the software perform a calculation outside the data in the viz already by constructing another table of data to aggregate over.

Again, I’m biased, but I believe it boils down to:

Let’s be honest here, Tableau’s method of dealing with tabular data is not intuitive. The hack to remove the Abc from the final column is annoying and the clumsiness of the entire interaction could be improved. At this point in Tableau’s roadmap, it’s clear this is a design decision aimed at pushing users away from building big, gross tables. While I understand this, it seems pushy and somewhat naïve.

Power BI’s method is nice. Build out the table by clicking a field and adding it per dimension in there already. It seems pleasingly responsive and does what you’d expect. Make the text large using the “formatting” pane, and then … oh … resize everything manually again. It was going so well …

Also, worth noting, there’s no option to provide a format mask in the viz that isn’t in the data. So, if you want to have a field that holds a percentage with two decimal places, but only show the whole number in the viz, it must be two fields. This is unpleasant and costly in terms of performance and data quantities.

Bringing It All Together

Creating actual dashboards using Power BI was fairly intuitive. Where Tableau’s method of invoking containers to structure the dashboard sometimes feels clunky and frustrating (but in the long run is worth it), Power BI has a basic snap-to, floating approach that feels easy. This did become quite annoying when resizing my six area charts, but it didn’t take me that long to sort this out. I’d worry about the ability to build something intricate with confidence, however, and again building out data sets where you don’t know the dimension values would be tough.

In Tableau, designers make single worksheets and combine them into dashboards. Power BI encourages users to design all their worksheets (or charts) on the same canvas and combine aesthetically – or functionally – as they go. I don’t have any strong feeling about this upon finishing my first Power BI dashboard. As a Tableau user, it’s fine. It works and it’s easy to understand. I’m sure it could be frustrating, but Tableau’s containers are far from perfect. Power BI does allow for overlapping worksheets, which could be useful.

As Tableau users, we’re spoiled. So, it doesn’t do tabular data all that well, and you can’t do major transformations on the data set (yet). As a data visualisation tool, however, it’s the best I’ve used. The ability to imagine how you think it should behave and it actually behaving in line with this almost every time is the big difference between Power BI and Tableau.

In Power BI, I found myself clicking, right-clicking and shift-clicking on elements of my dashboard then nothing happening. It blinked at me. Over and over again. Where Tableau would think “What’s that? You want to make that title bold? Sure, here’s the menu.” In Power BI, you’re expected to trudge the long, arduous journey to the formatting panel and find the element you want before making the alteration.

There are some major functionality flaws mentioned in the above around geo-coding (sorry Bing Maps) and multiplying charts in a particular axis that I believe are enough to justify a low functionality score here. The Show Me pane in Tableau is a sales tool in my opinion, and I regularly tell customers to avoid using this, encouraging them to build up their Tableau chops manually as all these provide are presets of dimension and continuous variables on different shelves. The ability to find a sense of “flow” in the product is what sets it apart and gives the user that feeling of deep satisfaction when they create something neat. In Power BI, the Show Me equivalent seems to be the main way of creating chart types.

If you can think of it, it seems Tableau can do it. I feel Google and Tableau have the skill of making truly intuitive UI experiences that allow you to guess with real accuracy, and later – once you’re more comfortable with the product – allow you to really create rather than simply build. With Microsoft products, you become an expert by trudging through “advanced” controls and ribbons hidden in the “developer” backwaters, and Power BI is no exception. Here are my final scores for Power BI and Tableau respectively:

Solutions Architect
LinkedIn
Creating a Worldle Practice Tool in Tableau When building out a Tableau Centre of Excellence, it’s often useful to show the power of the tool using engaging games or apps. The ...
Pressing Forward in Quarantine: A Fitness Data Challenge I’m currently stuck in my house thanks to the COVID-19 pandemic. More than likely, so are you. Gyms are closed, and social distancing ...