On Deck Conference: A Glimpse Into the Future of Sports Tech, Data and Analytics

On Deck Conference: A Glimpse Into the Future of Sports Tech, Data and Analytics

While most of my friends would agree my athletic abilities leave something to be desired, this deficiency does nothing to disparage my passion for enjoying all kinds of sports (In case you were wondering how long we have to wait until the first Hoosier basketball game …). So, when I was recently afforded the opportunity to attend the 2015 On Deck Conference (presented by SeatGeek), an event centered on sports technology, entrepreneurship and analytics, I jumped at the chance.

As you may imagine, the big names – NFL, MLB, NBA – stole most of the limelight. MLB Advanced Media demonstrated new technologies aimed at collecting real-time, passive (all produced from video as opposed to having players wear chips) data. This data is then transformed into new kinds of statistics, like a batter’s launch angle or a fielder’s first step quickness. These and many other previously unmeasurable statistics may then be visualized on a broadcast to create a more engaging experience for fans at home.

Similarly, Next Gen Stats showed their advances in creating new statistics for the NFL to measure performance, especially with regard to those positions that were previously very difficult to monitor. We can now quantify just how open Jordy Nelson was on a particular play. This could even play a role in fantasy sports, creating new categories in which a player may score points.

Wes Edens, owner of the Milwaukee Bucks and keynote speaker of the conference, opened the conference with a fascinating discussion on the recent revamping of the organization. He embraces the use of analytics as a crucial part of the effort and is pushing to be on the bleeding edge of technology. For example, he wants referees to have virtual reality technology on the court to quickly aid in ruling on high-pressure calls toward the end of a game.

The Smaller (But Very Impressive) Guys

While the above speakers were fascinating in their own rights, I was particularly intrigued by the smaller, scrappier organizations presenting at the conference. These projects didn’t have the same deep pockets as the big league projects, which translated into incredible creativity and innovation. Some of the highlights that I’ll keep an eye on: 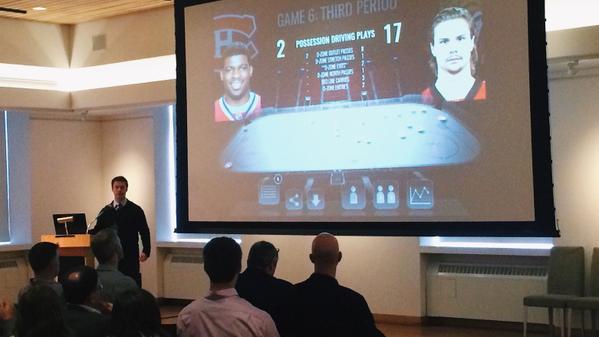 This is only scratching the surface of the amazing people I was able to hear at this year’s On Deck Conference. I would encourage you to listen to the talks available on the conference’s website when they become available (last year’s videos are super interesting as well!). If you have any other questions about the conference, or really anything having to do with sports, data or both, please leave a comment below!

Northeast Regional Lead
That’s a Wrap: SEAT Conference 2019 This past July, InterWorks had the privilege of attending the SEAT Conference in Daytona Beach, Florida. The conference is geared for ...
Debriefing My Trip to Dataiku HQ Recently, David Siegel, Rachel Kurtz and I spent the day with the team over at Dataiku HQ in New York to learn about the platform and ...