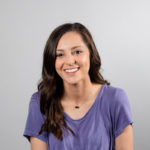 I joined InterWorks a few months ago and wanted to create my first Tableau Public entry about a topic close to my heart. I came to the UK 15 years ago from China with my parents, who were seeking a better life in the west as economic migrants, and the current refugee crisis resonated with me on a personal level. Migration is nothing new to humanity, but in recent years this story has sunk into a swamp of despair and dispossession unlike any previously seen. According to the UN, nearly 60 million people are on the run for their lives, stateless and scared, fleeing war and persecution. It’s easy to dehumanize the refugees when talking about them on the scale of millions, and the difficulty is to remind ourselves of the individuals behind these statistics. A single death is a tragedy – and this was exactly the response of the European nations when the photo emerged of the three-year-old Syrian boy lying face down on the shores of Turkey in September 2015, which caused the somewhat delayed public outcry necessary to bring forth action from many governments. The increasing acts of terrorism on western soil makes it clear why people politicise the agenda and call for more closed boarders. This knee jerk reaction serves no purpose in the long term, and it draws attention away from the short term crisis. What is necessary is for people to show patience and restraint in responding to these acts of violence, and to demonstrate a level of solidarity towards those most vulnerable. My hope is that this has been informative and perhaps makes you view the next headline about the refugee crisis with a more reflective approach.

Analytics Consultant
LinkedIn
The European Refugee Crisis Visualised in Tableau I joined InterWorks a few months ago and wanted to create my first Tableau Public entry about a topic close to my heart. I came to the ...