On every environment that I have applied the upgrade from Veeam 6.0 to Veeam 6.1, I have had no difficulties. The install took less than 10 minutes and I have no issues getting everything back up and running again.

Veeam 6.1 got a nice makeover for the interface. As with anything new, it took a bit short while to get acquainted with the new look and feel, but everything is laid out in a way that makes the program feel intuitive.

In terms of Veeam 6.0 versus 6.1, I always thought version 6.0 was clean and intuitive. After working with Veeam 6.1 for about a month, Veeam 6.0 started to feel like everything had been dumped on one page. One of the items I immediately noticed was the ‘Last 24 hours’ menu that was added, which shows running, success, warnings, and failures for any jobs. Overall the new interface feels much cleaner and the flow of the program makes more sense. Screenshots of the menu of each version is shown below. 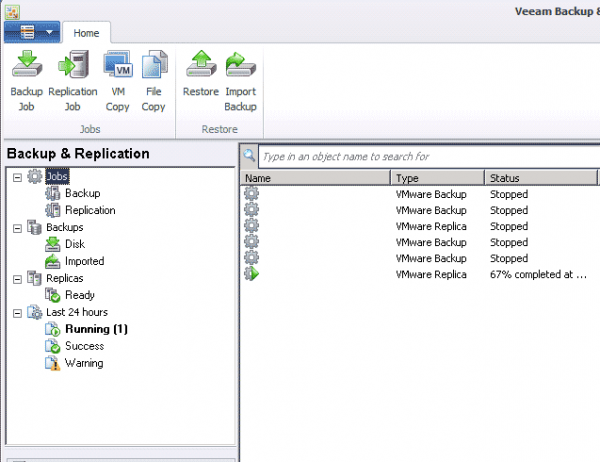 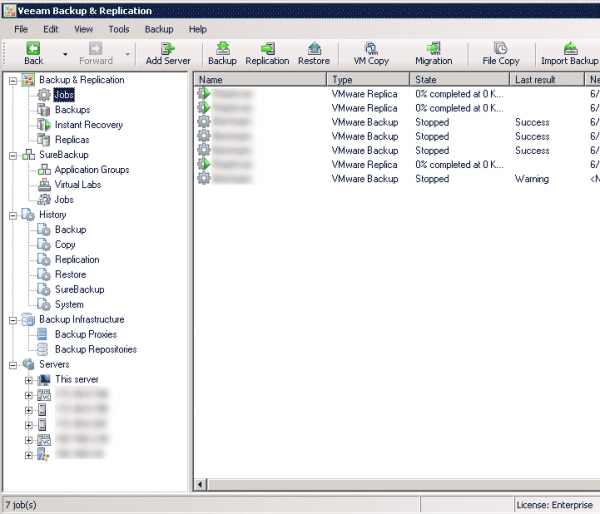 A new navigation menu has been added as well to manage the categories in Veeam. 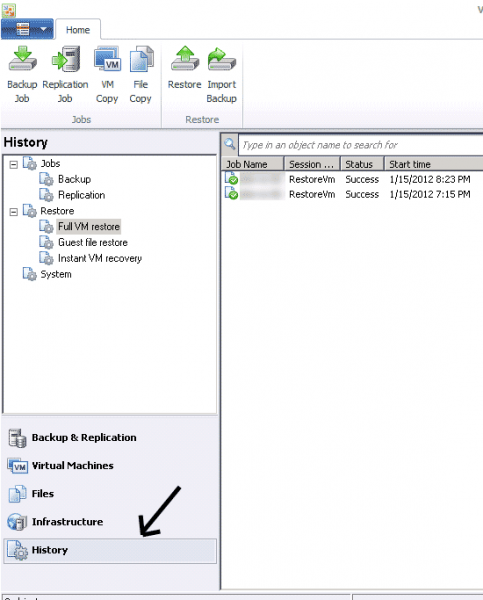 Screenshot of the new navigation menu in Veeam 6.1

I monitored the duration and processing rate for several jobs in a handful of environments for roughly 1 week after Veeam 6.1 was installed. The overall results were that I saw a 10-20% increase in speeds for both backup and replication speeds in every environment.

Note: My results have been consistent with what others have been tweeting and blogging.

Two screenshots have been provided to show the duration and processing rate of a backup with a Veeam 6.0 and a Veeam 6.1. Both screenshots were taken from the same environment.

Veeam 6.1: A typical job the week after the upgrade.

Veeam 6.0 A typical job the week before the upgrade.