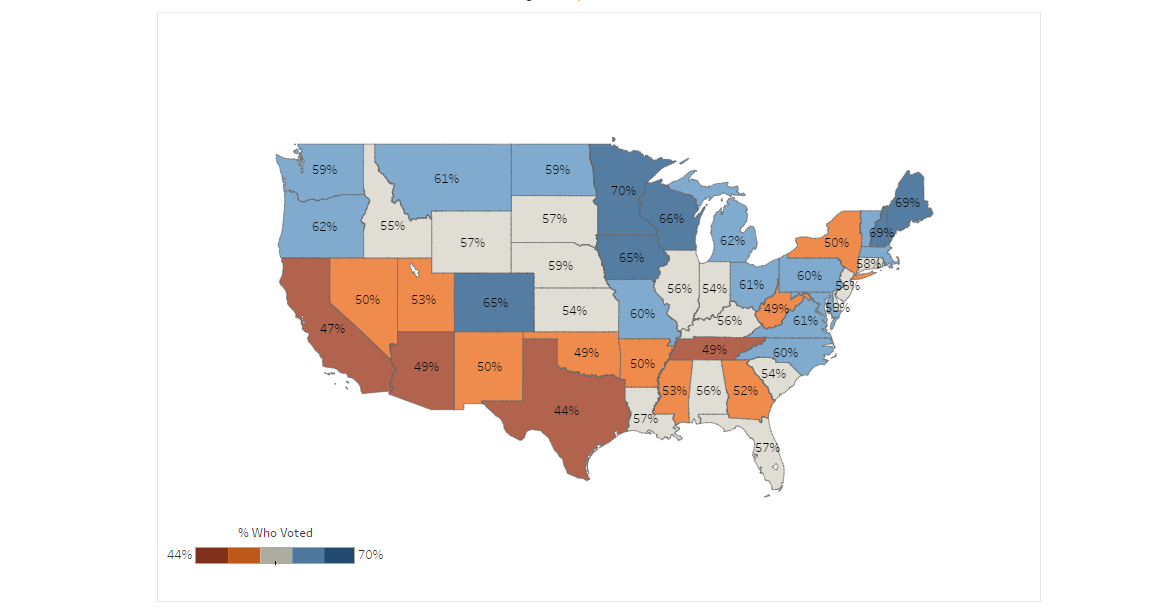 Emotions are running high right now as evidenced by the large number of people participating in the Women’s Protest Marches all over the world this past weekend. My oldest daughter is 24 years old. She wasn’t happy with the outcome of the election, but she didn’t vote. This and a Seth Godin post I read this morning got me interested in digging a little deeper into voter participation, specifically by state.

Using the Cook Political Report voting spreadsheet by David Wassermen, I combined that with Census data for people 18 or older by state. I found that over 100 million of the 249 million people of voting age in the United States didn’t vote in this election. If you don’t exercise your right to vote, then you allow other people to decide. Perhaps this election will energize the non-voters in the next election cycle.