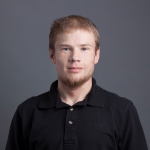 Do you hang out on the command line a good amount of time? Do you execute rm [-rf] on a regular basis? Have you ever wished that the file was moved to the trash instead (when you realize it at a later time of course)? Well, I have. So, I wrote a quick bash script called “trash” and threw it in my ~/bin folder and made it executable. This is the entire contents of the file (it’s all I need at this time):

Copy and paste this into a file, call it whatever you want, make it executable (chmod + x), and make sure you save it to someplace in your path.

Two things, I’m on Mac OS X, so this probably won’t work in Windows (who would hang out on the Command Prompt, ew). I’ll have to get used to typing `trash` instead of `rm` (the hardest part).

It’s useful if you use rm on the command line a lot, but end up re-downloading the same thing again later (I don’t know why, but I do). This just saves me the time of going back to re-download later. At least that’s the idea behind this script, for now.

How I Went from a Ranch to InterWorks Web Developer
Drupal 101: Intro to Views – The Essentials
It Takes a Team to Create a Website
Viewing the $form and $form_state arrays when working with Webforms
Read Only Radio Button