Switching from Core to Role-Based Licensing in Tableau Server

Switching from Core to Role-Based Licensing in Tableau Server 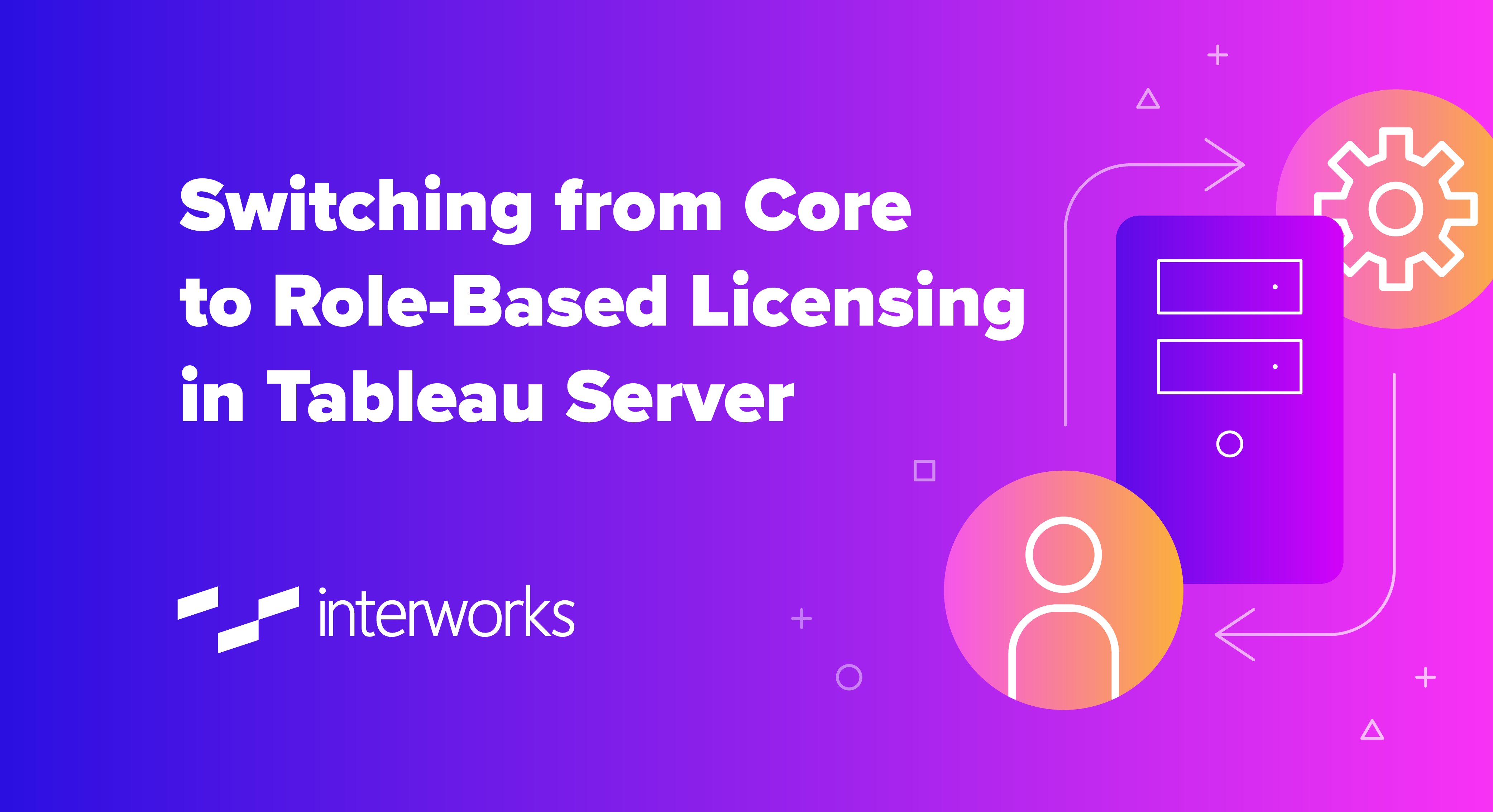 Recently, a client question came up as they were about to make the switch from Core licensing to role-based licensing. The client had their new license keys—it was just a matter of sorting through all the logistics of such a change, like what steps to take and in what order. In addition, they had more users on the server currently (with the whole company on Core licenses), and the new licenses would only service around ¾ of the company who are actually using the product.

When considering this shift, there are a lot of factors to consider and questions that need answering. Some of those are listed below:

For the smoothest transition, here are the steps we advised the client to follow:

Another challenge surrounding this client’s switch emerged later on. While in the middle of transitioning and despite having removed the license key for Core and added the license keys for role-based, the client was still seeing the Core key on their server. It was set to expire the next day, and this seemed to be affecting their license count, as seen below:

Here’s a checklist of questions we asked in an effort to solve this issue:

Ultimately, it was resolved by deleting a FID that was broken. Here are the troubleshooting steps we took to support the client in finding the FID and solving the problem.

In an administrative Command Prompt (Windows), or as a user in the tsmadmin group (Linux):

In the long output of that command, look for:

ServerCare Lead
Advance with Assist: Tableau Server Migrations Question: I need to migrate Tableau Server; what are my options? Should I be using something like Azure Site Recovery or AWS AMIs to ...
Advance with Assist: Encrypt Tabcmd Credentials Question: I need to script tabcmd commands but can’t leave passwords in plaintext inside scripts! How can I script tabcmd ...