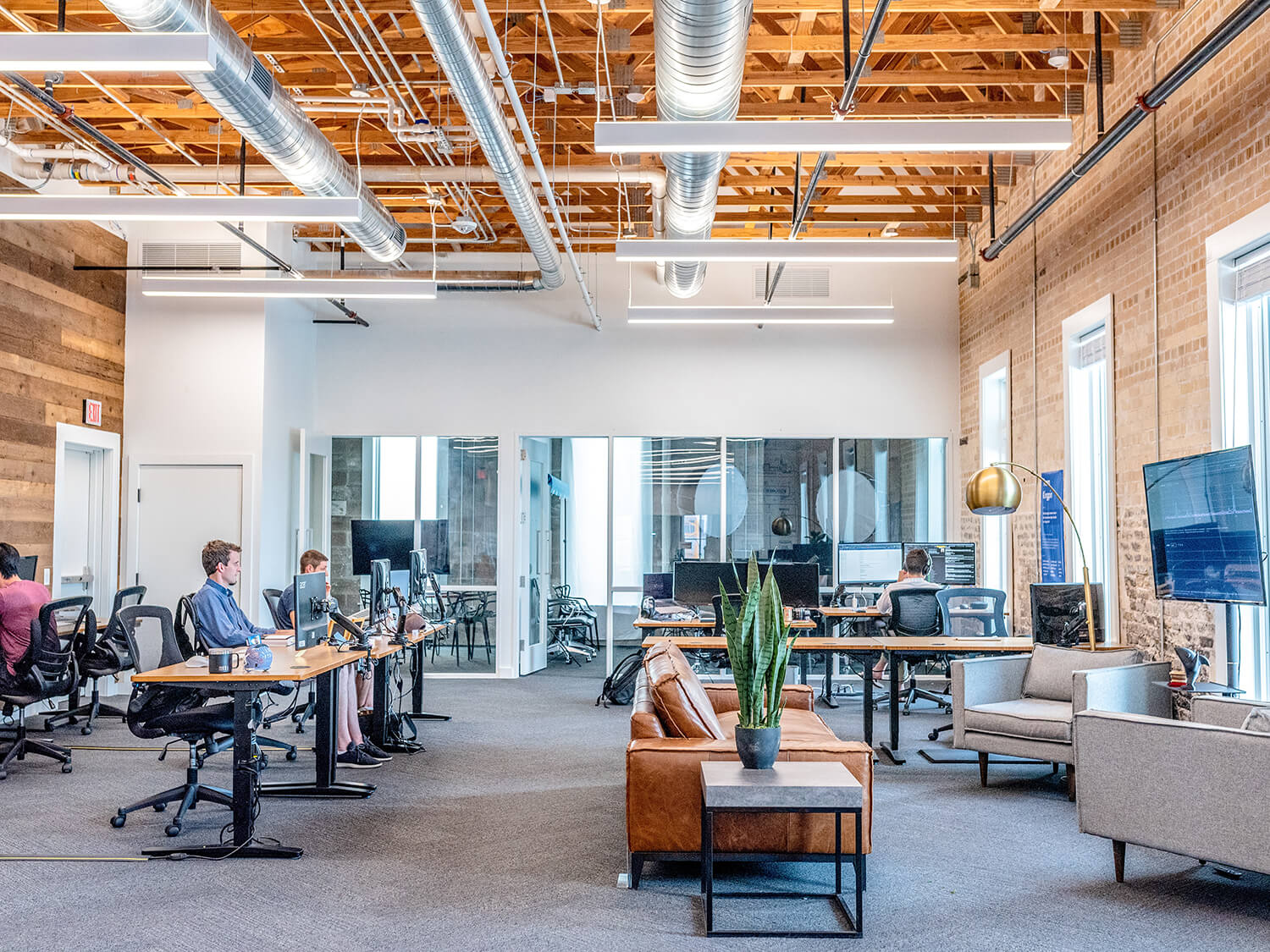 Ponca City Development Authority (PCDA) is an organization committed to accelerating economic growth in Ponca City, Oklahoma, through the support and development of primary enterprises. By hosting numerous events geared to engage the surrounding community, PCDA is dedicated to bolstering the start-up culture in Ponca, cultivating existing industries and supporting entrepreneurs and small businesses.

City Central and an Expanded Reach

For many years, PCDA officed out of a leased space in the Ponca City Chamber of Commerce, but when the 71,000 square-foot City Central bank building was donated to the organization in 2016, plans began to change. The new space consisted of six stories and was nestled in the heart of downtown Ponca, an ideal location to be a part of the city’s true heartbeat and have a meaningful and lasting impact, both as an economic driver and a placemaking location for the downtown Grand Arts District.

With the new space came a blank slate to lay the kind of IT groundwork that would support and sustain the organization moving into the future. The opportunities for expansion were numerous. However, the vision for the newly acquired building was ambitious and needed strategic mapping to be realized as seamlessly and successfully as possible. Further, while the space would unlock the potential to influence and resonate with the community in new and enduring ways, the technical logistics would require creativity and innovation.

PCDA needed help shaping their big ideas into a cohesive plan, so they turned to a longstanding relationship with a trusted IT partner: InterWorks.

A Framework Built for Flexibility

Having handled their IT needs for several years, IT Systems Engineer Kendall Hanson began meeting with staff regarding their vision for City Central. The dialogue was not simply about the organization’s technology needs; it was largely about their goals for the project in both the short and long term. Combining PCDA’s vision of their own trajectory with how they could effect change in Ponca City as a whole, Kendall outlined a suite of InterWorks services that would help realize those goals.

Not only was the organization intending to relocate their main office to the new building, but there were also plans to utilize the available space to expand the scope of services available to the community at large. PCDA wanted to build out the space to include an available conference event space with breakout rooms; individual office spaces and desks for lease; multiple coworking areas; a shared technology space featuring a 3D printer, laser engraver and more; and a coffee shop to keep City Central patrons caffeinated and content.

As the final details of the buildout came together, it was imperative that the planned IT infrastructure be flexible and adaptable enough to meet the changing needs of the new community beginning to emerge in the building. The prior setup consisted of multiple internet service providers (ISPs). This situation was incurring additional costs for PCDA and complicating the wireless coverage, wired networking and support overlap for its different users. In addition, with the prospect of so many different users accessing the network, clearly defined boundaries for privacy needed to be established while also allowing for comprehensive access to shared resources like printers.

Chief among the goals for this new IT framework was flexibility. With such a large space being utilized by so many distinct individuals and groups at any given time, the ability to adapt quickly—while maintaining security and user privacy—was paramount.

One of the first things addressed was the carryover of numerous ISPs from previous organizations and relationships. A Sophos XG Firewall and Dell N-Series PoE switches were implemented, providing a secure wired network backbone that was accessible throughout all of City Central. This setup also offered the ability to share a single Internet connection securely among all users. Next, Ruckus Wireless was introduced as the solution for wireless networking. This created a single point of contact and eliminated unnecessary costs, as well as guaranteed strong and speedy Wi-Fi. With the organization’s wireless needs coming from one source, the network could now be configured in a customizable way precisely aligned to the needs of the building’s new residents.

Now, whether logging into the wireless network or plugging into the network jacks in their private offices, users are placed onto their own personal VLAN. This ensures the safety and security of personal files and devices and also provides access to shared network assets. With potentially hundreds of users operating on the same network simultaneously, PCDA was afforded the power to securely control their wireless network, as well as track individual wireless usage and charge building lessees appropriately. The new infrastructure provided flexibility, capacity, security and functionality that could match the organization’s impressive aims.

As PCDA continues to chase its dreams of heightened community engagement and a stronger influence in Ponca City, InterWorks remains a steadfast partner in their journey. The IT team is a consistent ally, checking in regularly with staff to address any issues that may crop up or advise on any new questions regarding the organization’s continual growth.

With the endless possibilities of a new building, PCDA really needed a collaborative partner with the innovation and expertise to design a framework with enough flex to adjust over time and function for countless users without lagging or breaking down, while also being foolproof enough to offer comprehensive, trackable security. No simple feat. But we’re confident that with these new technologies in place, PCDA is positioned for agile growth and great success.